The Man Who Allegedly Committed Suicide, Read What His Cousin And An NYSC Colleague Wrote About Him

It is non longer news that a young man by the name Emmanuel Evans in delta state committed suicide alongside his girlfriend. The PUNCH reports that neighbours woke up to cry of help from him but on getting there, it was too late. He was foaming from the mouth and his girlfriend was lying beside him. By the time they for to the hospital, they were already dead which is sad. Ever since the news broke out, there has been a lot of sympathetic reactions from from people which includes a lady who says he is her cousin and an NYSC colleague. 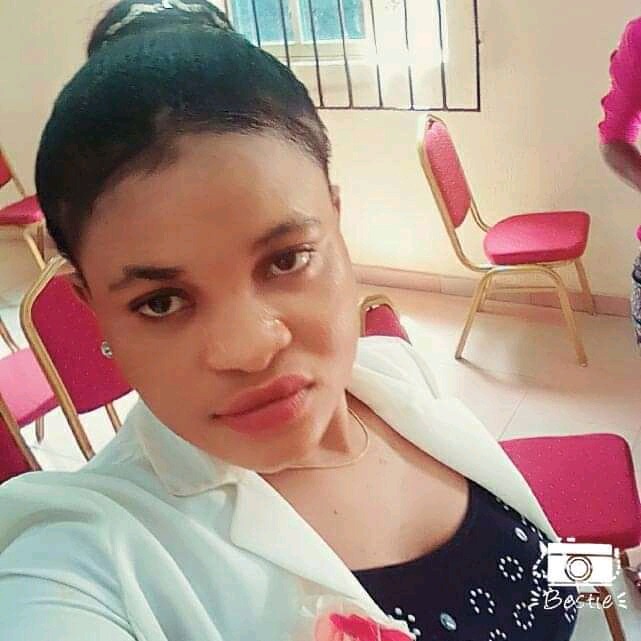 He dropped a suicide note on Facebook where he tagged his girlfriend before doing it. 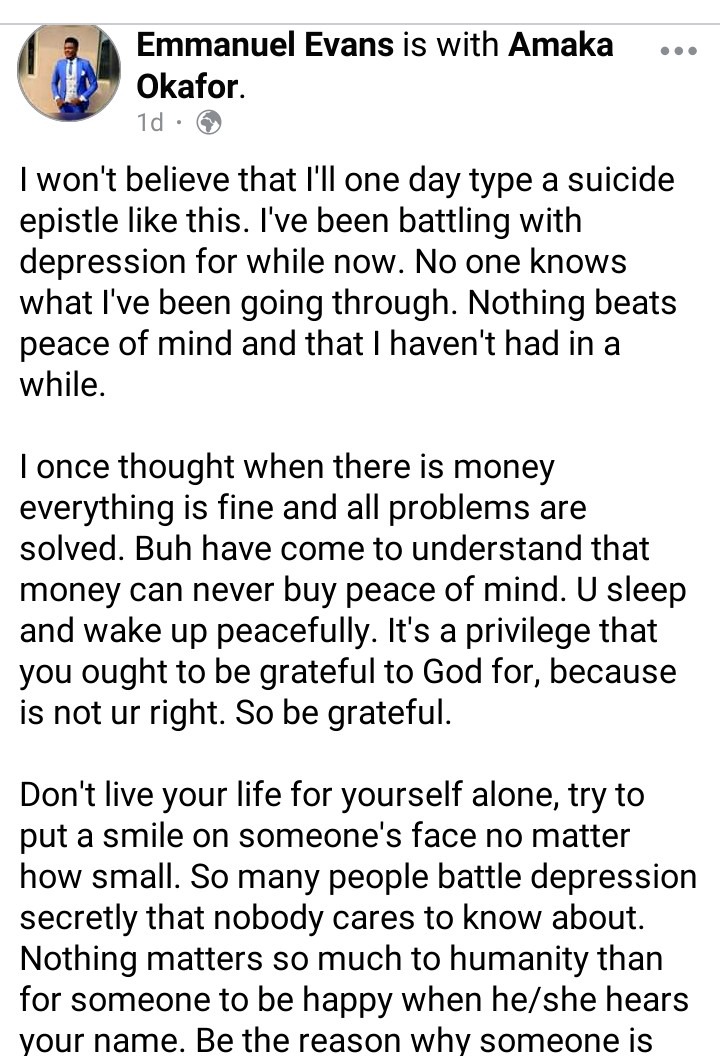 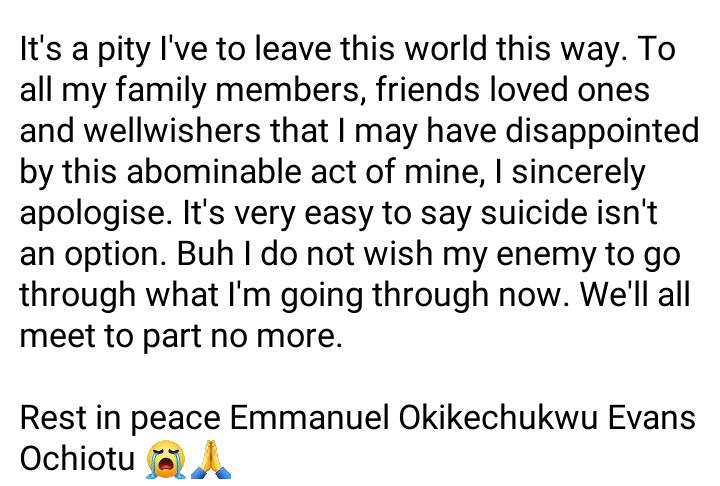 A man named Azubuike Henry on Facebook wrote that they were NYSC colleagues in Ondo West local government Area from 2014 to 2015. According to him, they came together to see if they can prevent him from taking his life on seeing the suicide note but it was too late. He fondly called him Kola Sharap and despite finding it hard to understand why he took that decision wished the dead man and his family well. 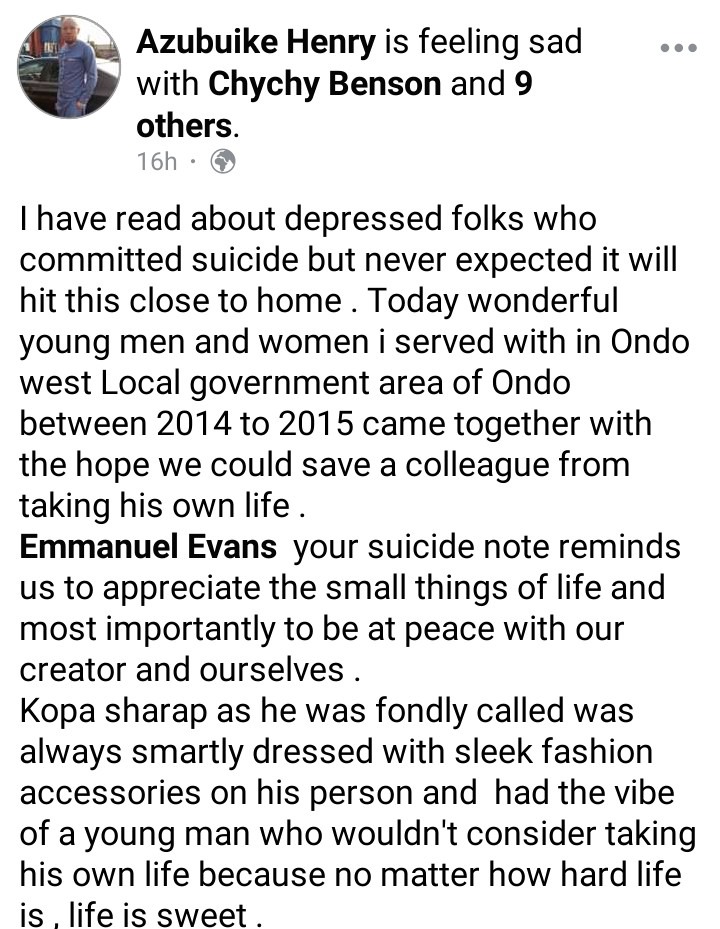 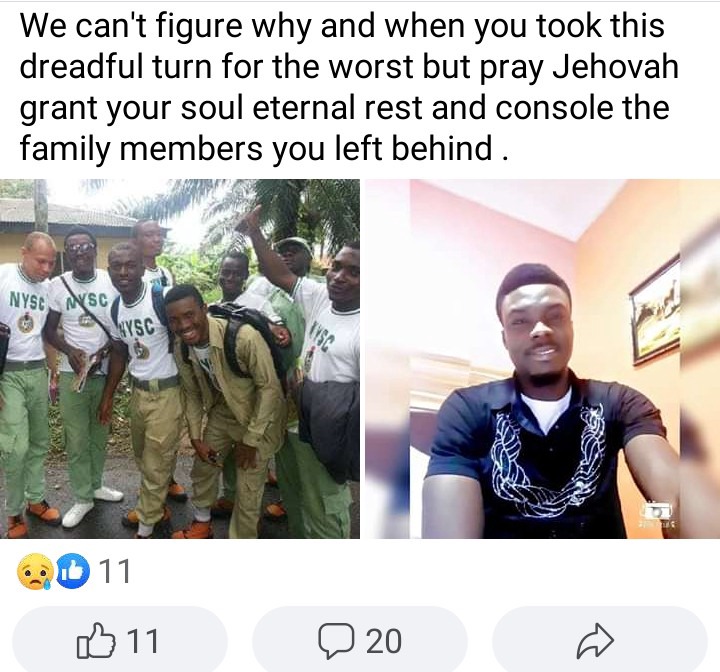 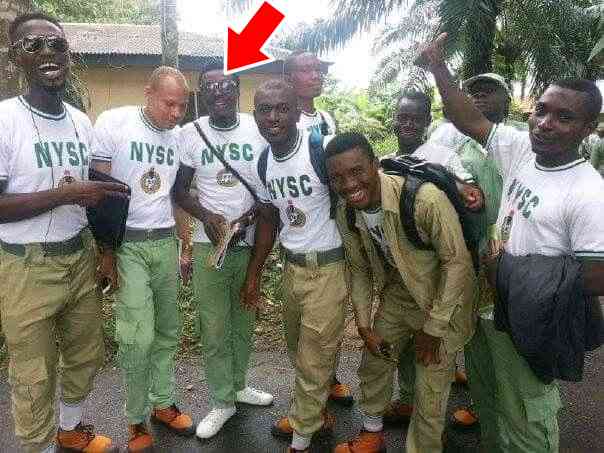 Another lady, Doris Nwaakaego Etuhu Okogba identified herself as the cousin of the deceased. According to her, she does not understand why he did this but she hopes that he finds peace. 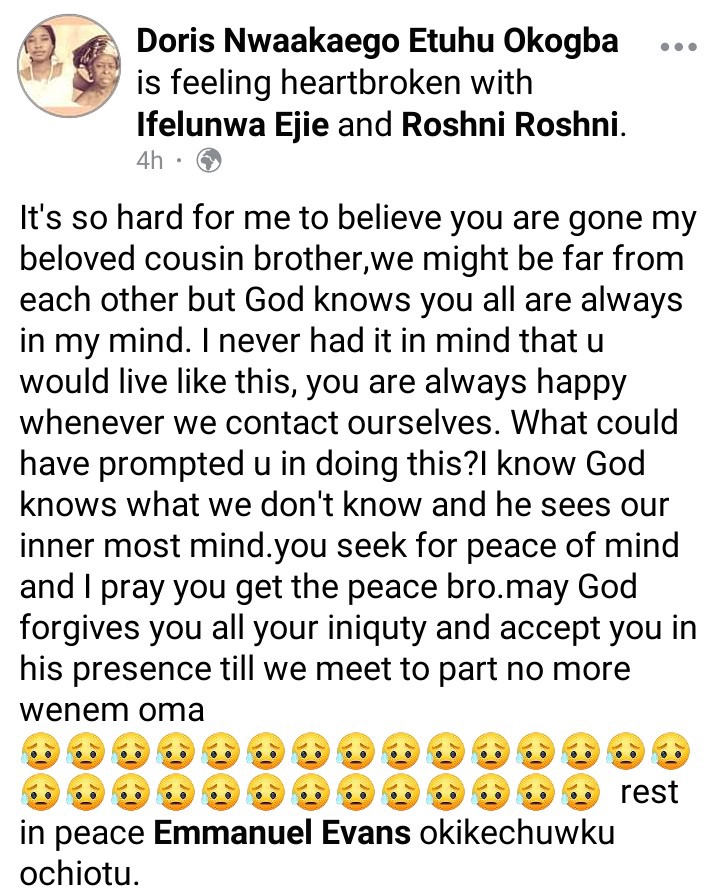 Another person said that she could not believe that the man wrote a suicide note. She wondered what would prompt him to do such a thing. 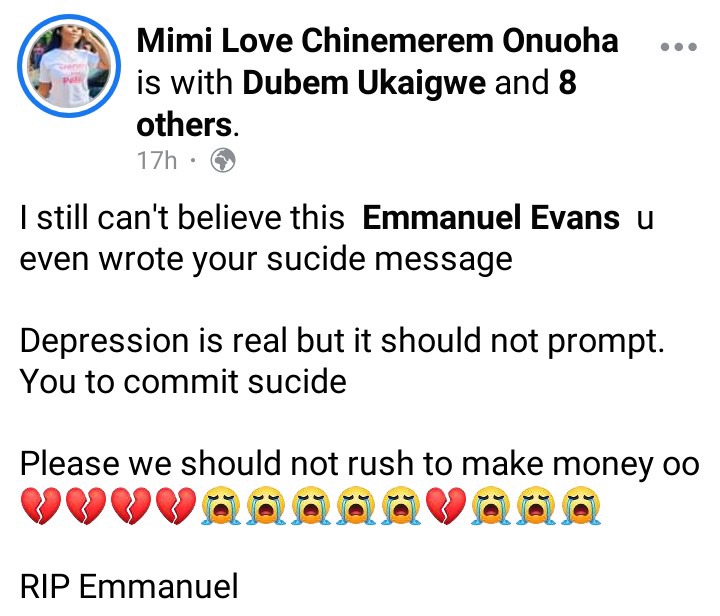