In a recent news, @instablog9ja has recently reported how a bolt driver was almost robbed after picking up two passengers somewhere in Ibadan.

While the journey was still on, one of the guy at the back seat of the car spoke in Hausa, while the other one in front responded in Yoruba.

Then, one of them pleaded to smoke while insisting that the windows of the car should be shut. The driver refused at first, but later agreed after much persuasion.

After a while, his eye became discomforting from the smoke, so he immediately parked his car and requested to end the trip.

They pleaded with him and offered extra tip, but he refused, he then drove to a spot where there was a large crowd who could help incase of an ambush, and insisted that they get off his car. 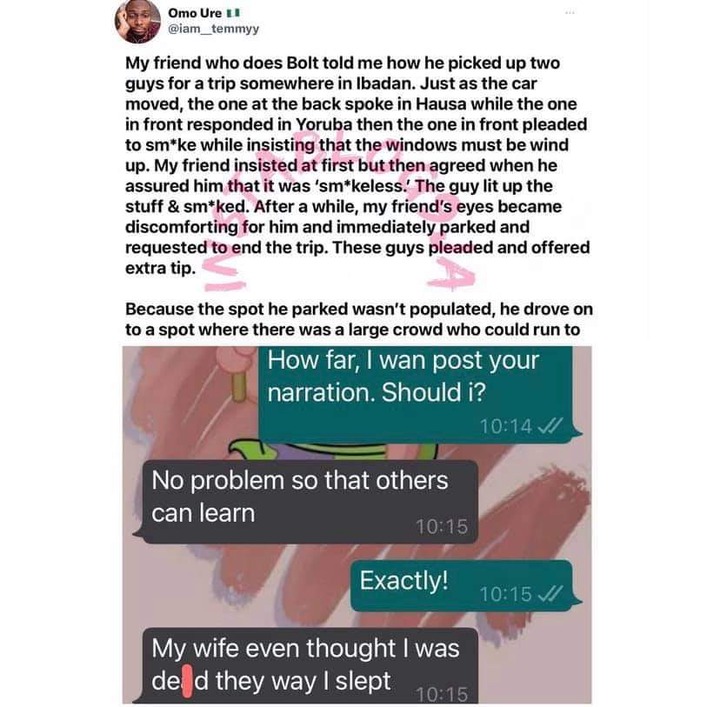 They kept pestering him and even promised to increase the tip, but he stood his ground, while insisting he was done for the day.

They then begged him to drive them further away from the crowded location, so they could use an ATM. He was lucky that there was an ATM across the road.

At first they claimed they didn't like the bank's ATM, they had no choice but to come down from his vehicle, when they realised he was not going to listen to them.

He drove back and immediately slept off the second he got home, and for the next 3 days he got really sick.

It was at that point that he realized that whatever the passengers smoked, was a local sedative meant to knock him out, that explained why they insisted to smoke with the glass wind up. 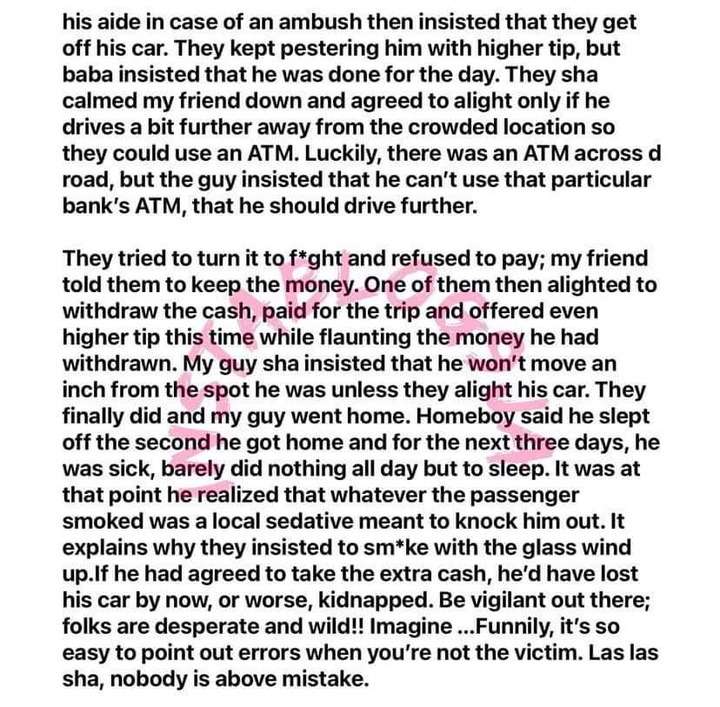 As a driver, If you must allow your passengers smoke, then they should do so without shutting the windows. This is because you never can tell what a passenger have in mind.

Another lesson drivers should learn is to always be vigilant when they pick up passengers, and don't hesitate to end the trip when you notice unusual attitude from your passengers.

Thirdly, never be too greedy as a driver.

If he was so greedy, he probably would have fallen into their trap, by accepting their offer. 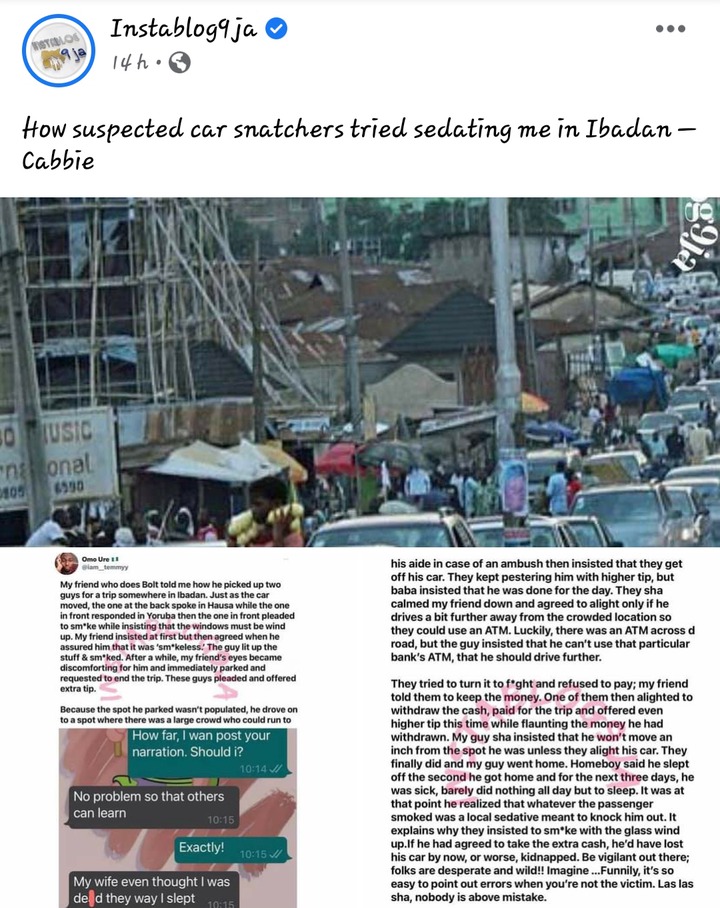