I Was Not Arrested By EFCC- Kwankwaso 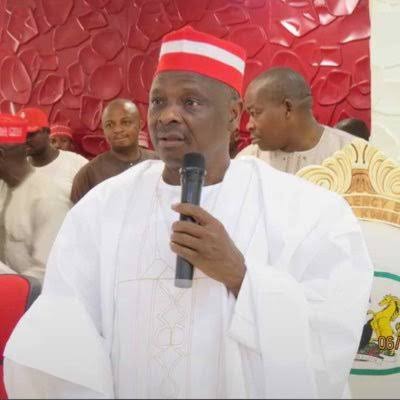 has denied the rumour making the round that he was arrested by the Economic and Financial Crimes Commission, EFCC.

In a statement in Abuja by the former governor said he visited the anti graft office to give his side of the story over the allegations leveled against him by a frivolous petition written by unknown person.

He disclosed that he personally met with officials of the commission for some hours and left there after stating his own side of the story.

The Governor who was also a former minister of Defence described the petition as politically motivated and concocted by political opponents to embarrass him saying there was no iota of truth on the whole allegations.

“ The rumor of my arrest is false and baseless. As a law abiding and respected citizen, I personally visited the commission on Saturday in order to clear my name and that is exactly what happened “. He stated.

He further stated that he met with the officials of EFCC and told them that he came to clear his name over a petition written against in 2015 and he provided all the answers raised by the Commission officials.

It would be recalled that the media space was yesterday dominated by the alleged arrest of former governor of Kano state , Engineer Rabiu Musa Kwankwaso over misappropriation of pension funds while in office an allegation he had already denied.

Content created and supplied by: News4/7 (via Opera News )