By Nicemedia (self meida writer) | 15 days

Apparently, one of the biggest issues facing Nigeria in recent time is, no doubt, the issue of insecurity of lives and property. The incessant reports by the media on the killings and destructions of lives and property in all parts of the country, speaks volumes about how bad and devastated the security of the country is at the moment. In this article, I will be discussing some of the ways through which the insecurity problem in the country can be solved if they are implemented.

For a decade and counting now, Nigeria has being at war with the popular Islamic terrorist group called "Boko Haram", that has been wrecking havoc at the northeastern part of the country. 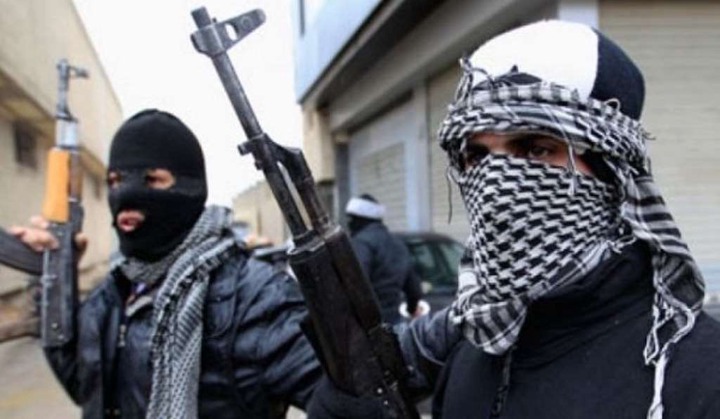 The evil activities of this terrorist group ranging from suicide bombing, kidnapping of young students and constant killing and destruction almost every week and month, have registered Nigeria on the world map as one of the most unsafe countries in the world.

However, having taken you through a summary of some factors influencing the insecurity issues in Nigeria, below are some ways to tackle the insecurity problem that has become so worrisome.

Solutions To Insecurity in Nigeria can be applied in the following ways;

1. Just like I mentioned earlier, the fight against the Islamic terrorist group 'Boko Haram' has been for years now, and all the alleged efforts put in by the federal government of Nigeria has not yielded any positive result.

So, if they could sincerely and as a matter of urgency seek the help of countries with high security like USA, UK, France, China or even join forces with neighbouring countries, this terrorist group making a section of the country unsafe for the citizens would be a thing of the past.

2. The high rate of unemployment in the country is often measured by the number of graduates in the country who do not have any means of livelihood. The greater number of them who go into kidnapping, assassination, thuggery, arm robbery and so on, because of lack of job could not have toed this wrong and evil way if they had a place they were working.

So, provision of job opportunities and sincere/ genuine support of young entrepreneurs, business ideas by the government and even wealthy figures in the society would go a long way in solving the insecurity challenges in Nigeria.

3. Funding and overhaul of the security Agencies should be among the things to put into consideration when fighting insecurity in Nigeria. The Nigerian Police as a matter of fact had since lost the professionalism inherent in the job due to how careless most of the members handle the life and property of the citizens.

If this security Agency is funded and reformed just like the Western countries, the issue of bribery, corruption and carefree attitude of the members in their job, that breeds insecurity in the nation will definitely keep the insecurity to a very low level.

4. Community policing should also be encouraged and promoted by the government so as to keep the security of lives and property in our communities, villages, and streets strong.

5. The use of security facilities/ technologies in identifying people perpetrating evil and bringing them to book will to a great extent help in restoring security in the country if applied.

6. Regulation of the social media platforms would help so much in curbing insecurity in Nigeria seeing that a lot of false information, hate speeches, tribal and anti religious posts being shared on social media platforms directly or indirectly incite people against the other which often turn to physical attack and war.

Finally, for a country to have a good security of lives and property, it is not only a business of the federal or state government, rather everyone else. If you as a citizen suspects a bad thing in your area and do not report to security Agencies, indirectly you are contributing to the insecurity in that area.

So, let us join hands with the designated security Agencies in other to make our society safe for living.

Content created and supplied by: Nicemedia (via Opera News )

Beautiful Ankara Long Gown Styles That Should Be In Your Wardrobe

'We know these bandits, we know where they stay', Bauchi State Gov. Bala Mohammed says.

Five Private Investors Who Are Passionate About Nigerian Football

Check Out Photos of Nollywood Actress, Okawa Shaznay, Who Is From Cameroon

5 Best Ways to Reach Your Goals