By Starr7 (self meida writer) | 1 months 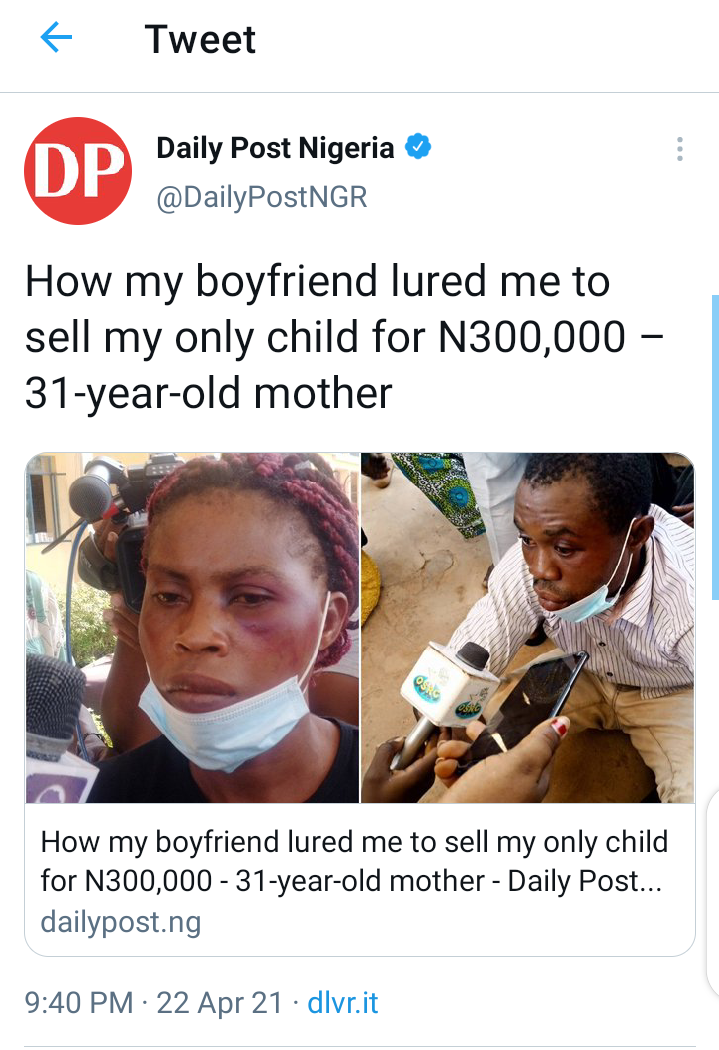 A 31-year-old woman has confessed on how her boyfriend made to sell her only child for N300,000 to a buyer in Imo State.

According to the woman, Titilayo Kudaisi, her boyfriend, Seyi Akinsete whom she met four months had been into the business of stealing and selling babies.

Titilayo, who was paraded alongside her boyfriend at the police headquarters in Akure, Ondo State capital, disclosed that after she sold her three-year-old male child, she went with Seyi to steal a baby at Ilorin, Kwara State capital.

I Would Resign if I was in Pantami's Situation-Gov. Wike 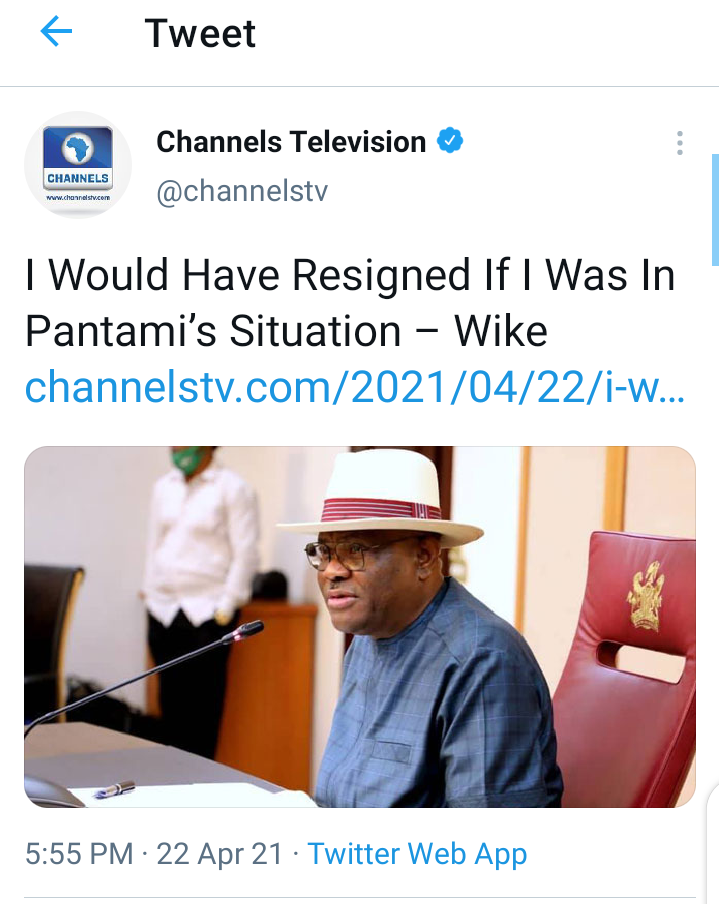 Rivers State Governor, Nyesom Wike, has faulted the continued stay of the Minister of Communications and Digital Economy, Dr Isa Pantami, as a member of the Federal Executive Council (FEC).

He believes it is unreasonable for the government to allow anyone in a situation such as that of the embattled minister to remain in office.

The governor made the remarks on Wednesday via his Twitter handle while reacting to the comments said to have been made by Pantami in the past in support of extremist groups.

"The man of God Wrote: May God grant all your heart desires and give you a mind blowing testimony in Jesus name". 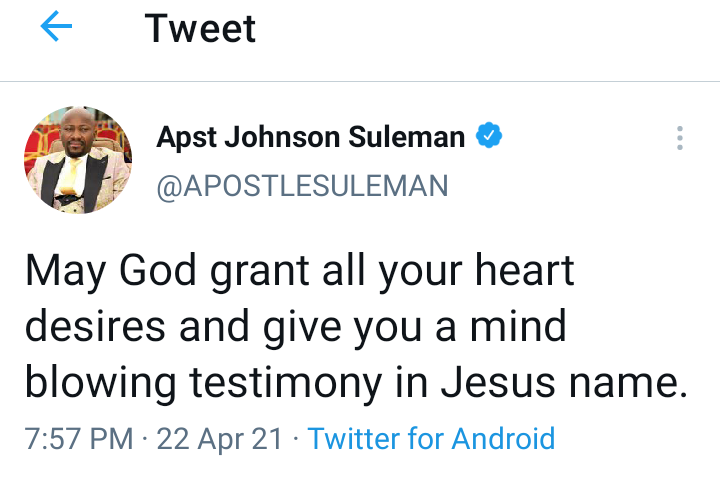 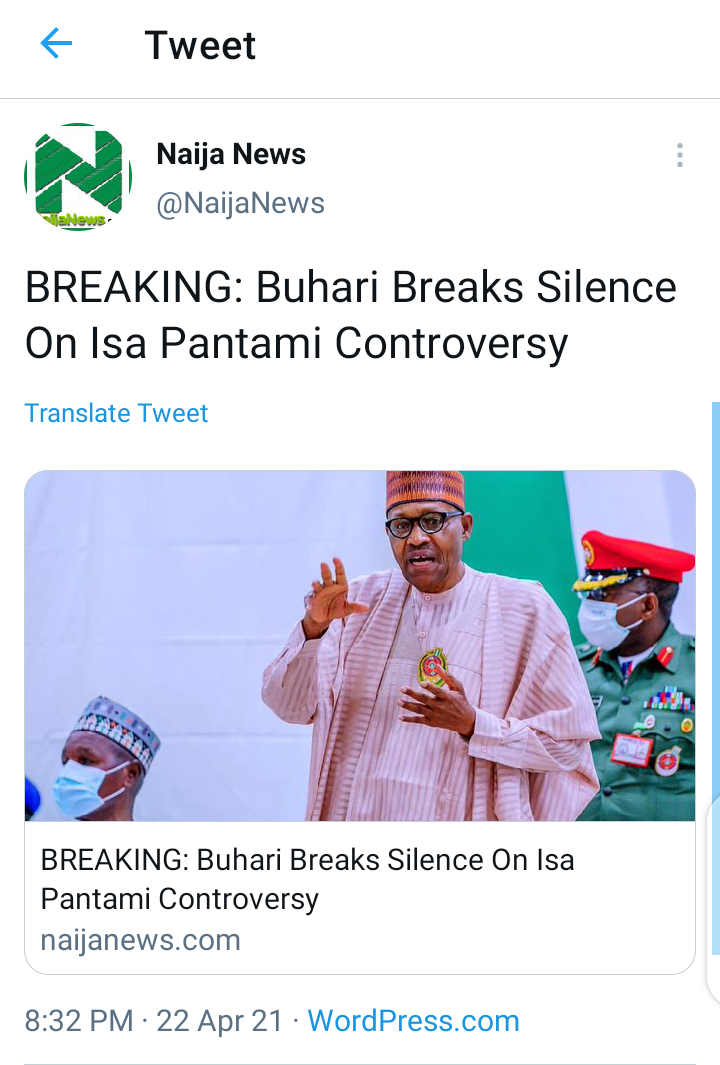 President Muhammadu Buhari has said he won't sack the Minister of Communication and Digital Economy, Isa Pantami, over his past comments in support of terrorist groups like Taliban and Al-Qaeda.

Naija News reports that Buhari made this known in a statement on Thursday titled 'Statement by the Presidency on recent campaign against the Minister of Communications and Digital Economy," released by his Special Special Assistant to the President on Media and Publicity, Garba Shehu.

He said Pantami's ordeal in the hands of those calling for his sack was not about his past utterances but about his current job as a minister.

Buhari backed Pantami's explanation that he was young when he made those statements and that his position had since changed. 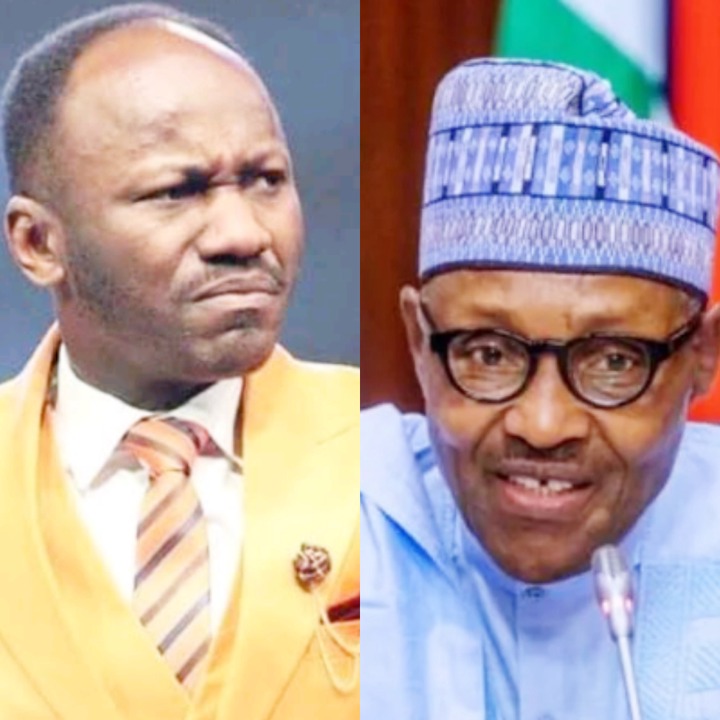