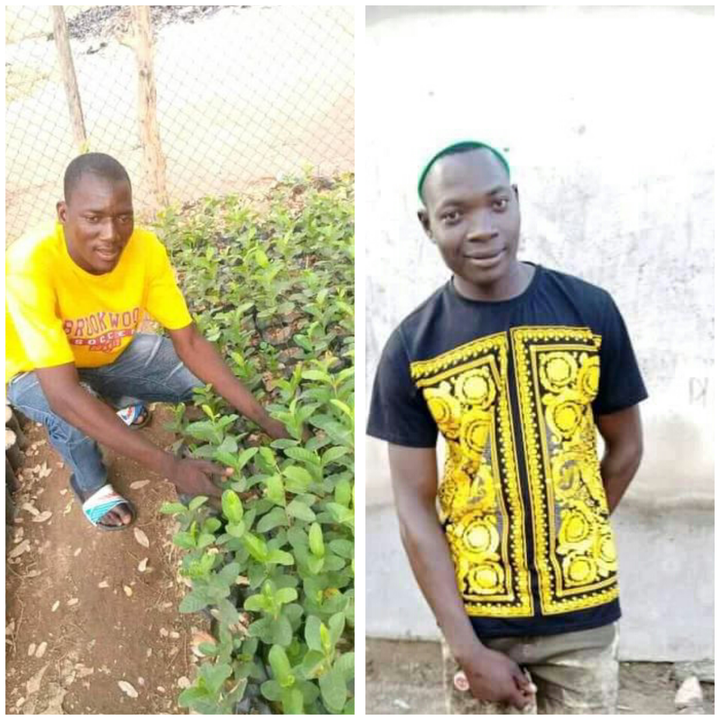 In a sad news that was published by Linda Ikeji Blog this evening, it was made known that some soldiers who were on patrol yesterday night in Taraba State, have accidentally killed five innocent souls who were returning from a wedding ceremony they attended.

According to the information that was given by Daily Trust Newspaper, it was made known that the five boys were coming from the wedding ceremony around 12am in the middle of the night when soldiers who were on patrol saw them and opened fire on them immediately after thinking they were kidnappers.

When one of the boys, a student of Taraba State University was narrating what happened after he escaped the horrible incident, Isah Musa made it known that they were riding on motorcycles back to their village in Basa when they saw the military patrol van.

He said as soon as the military men saw them also, they opened fire on them immediately and luckily for him, the bike he was on fell down and he ran inside bush but his friend who was riding the bike was hit by bullet and he died immediately.

It was further alleged that two of the victims that met their untimely death were students of Taraba State University, studying Agricultural Science and that, the bodies of the five victims were deposited at Federal Medical Center morgue in Jalingo, the state's capital.

While the parents of the victims were talking to journalists, they made it known that their children were intentionally killed and that they want justice for them. 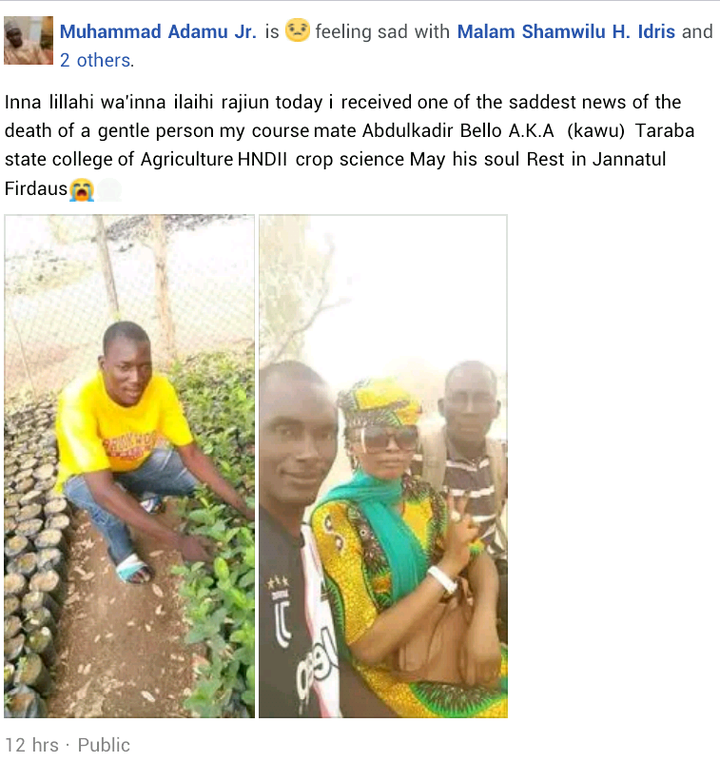 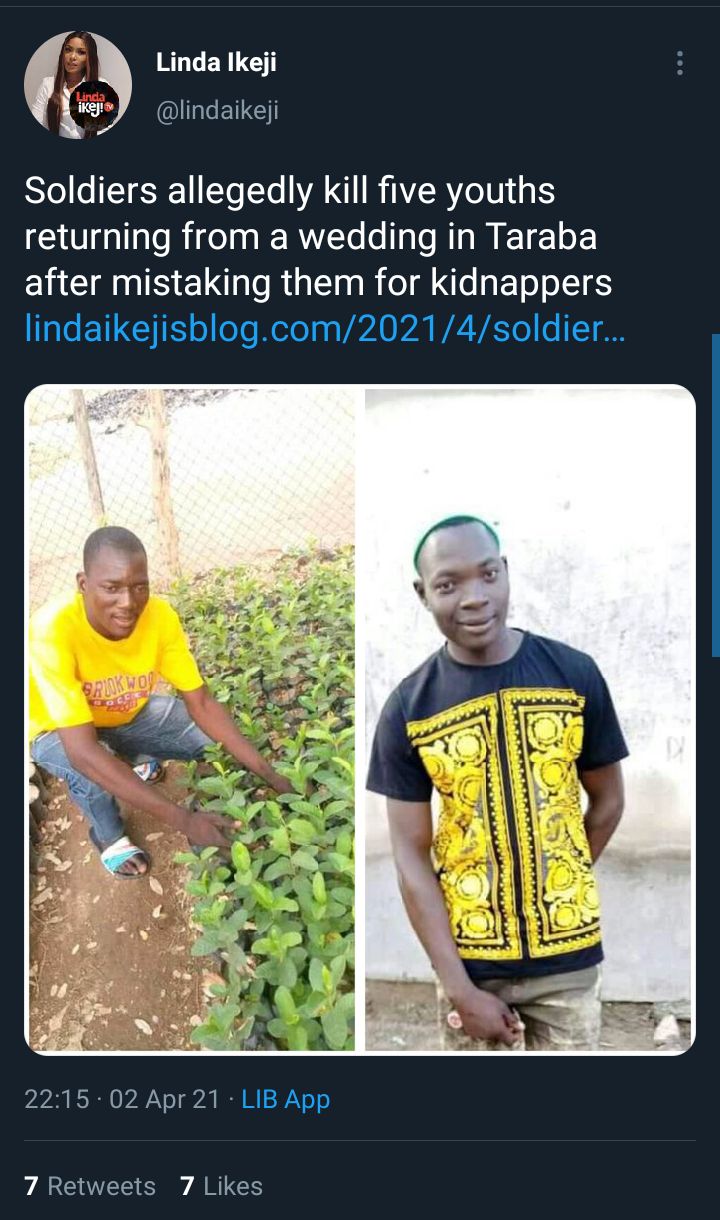 Facts you might not know about first female Vice chancellor of FUTO, Professor Nnenna Oti

Checkout These Pictures Of Ohanaeze President, Obiozor And Other Things About Him (Photos)

12 Throwback Photos of Gov Akeredolu and His Wife, Betty as they Celebrate 40th Wedding Anniversary

2023 Election: Four Reasons Why Zamfara State Governor will deliver his state for PDP