I HAVE BEEN TO OFFICES BEFORE WHERE PEOPLE I LOVE, RESPECT AND VALUE ARE BUSY BLOWING VERNACULAR WITH THEIR TRIBAL PEOPLE. THAT IS ONE OF THE WORST THINGS ANYBODY CAN DO IN A SECULAR SETTING.

IF YOU ARE NOT UPDATED YOU WILL SOON BECOME OUTDATED, ANTIQUATED AND OUTMODED.

IF YOUR LIFE AND ASSIGNMENT ARE NOT GOING TO BE DEFORMED OR MALFORMED, YOU MUST BE INFORMED.

IT IS BETTER TO WALK ALONE THAN TO WALK WITH THE WRONG CROWD.

NO MATTER HOW HARD YOU TRY, YOUR NETWORK AFFECTS YOUR NET WORTH.

YOU ARE NOT DOING ANYTHING ABOUT YOUR DESTINY UNTIL YOU ARE DOING SOMETHING WITH YOUR COMPANY.

IT'S NOT POSSIBLE TO WALK IN EXCELLENCE IF YOU ARE SURROUNDED WITH MEDIOCRITY.

YOU CAN NEVER BE ON THE JOURNEY OF EXCELLENCE WITHOUT YOUR DECISION, PERMISSION AND PARTICIPATION.

THOSE WHO LEAVE LIFE TO CHANCE HAVE NO CHANCE; IT TAKES A CHOICE TO STAND OUT IN LIFE.

THERE IS NO DESTINATION OF LIFE WITHOUT A DECISION FROM MAN.

NO ONE EXCELS UNTIL HE OR SHE DECIDES.

EVERYTHING THAT IS VISIBLE, AUDIBLE AND TANGIBLE IS IMPROVABLE.

Let's appreciate the King of kings and the Lord of lords for eight hours, in fact, we did almost nine hours in His Presence; full of power, full of glory, full of grace, healings, miracles, wonders like never before.

Lift up your voices and appreciate the King of kings and the Lord of lords for this favor we have secured in His Presence. To Him be all the glory in the Name of Jesus.

THE ADVENTURE OF EXCELLENCE.

Our objective tonight is to understand the adventurous journey of excellence.

Excellence is a journey, not a destination.

The reason why excellence is an adventure and not a destination is what is celebrated today may only be tolerated tomorrow.

It is an adventure because everything that is visible, audible and tangible is improvable.

It's an adventure because a wise man said, ' the largest room in the universe is the room for improvement'.

Excellence is a journey you are on, it is not a place you arrive at.

WHAT DO WE DO TO BE ON THIS ADVENTURE/JOURNEY CALLED EXCELLENCE:

1. Decision for Excellence: excellence is a choice you make, it is not a gift you have. No one excels until he or she decides. There is no destination of life without a decision from man.

Those who leave life to chance have no chance; It takes a choice to stand out in life.

You can't be an outstanding Lawyer, an outstanding Medical Doctor, outstanding Minister of the Gospel without a deliberate decision. You can never be on the journey of excellence without your decision, permission and participation.

It is a choice that says, I will never take the gift of God, the talent of God and the potentials God has put in me for granted, I am going to take them to the highest level possible.

It is the decision for Excellence that begins the adventure of excellence.

2. Association with the excellent: Proverbs 13:20.

It's clear through Scripture that company affects quality, company affects destiny. The quality of person Daniel was could only have been associated with similar quality of people like Shedrach, Meshach and Abednego. They were all ten times better than their contemporaries in Babylon.

The value of your life is determined by the quality of people around you.

It's not possible to walk in excellence if you are surrounded with mediocrity.

A wise man said, take a look at the seven most important persons of your life, you are face to face with your future.

No matter how hard you try, your network affects your Net worth.

So many people in this world today pay attention to nothing. And like we said, when you ignore attention to details, progress is detained.

Others are passing but you placed your hand and you saw there was dust on that table and you couldn't leave it like that. Everybody is seeing but you saw that there was cobweb on the wall and you decided to remove the cobweb. Everybody walked and passed but you saw that piece of paper on the ground and you know that it is not where it should be, it should be in the garbage can, you picked it from the ground, it makes a world of difference to your life and destiny. It may appear like you are just doing extra things originally but eventually, it will make a world of difference. We said, 'little hinges swing big doors', minor details are the precursor for major differences'.

That happened to Israel in the camp of the Philistines when David arrived and said who is this uncircumcised Philistine. Everybody saw that it was very normal to them but not to this guy.

4. Intolerance of Mediocrity: To live an excellent life or to excel in life you must be intolerant of mediocrity. You must be impatient with mediocrity, you must be allergic to average, you must be averse to substandard operations, you must refuse anything that is not the best.

You must refuse to manage anything that is not the best; refuse the language of 'this is good enough'.

Conformity is the enemy of destiny. When you allow people to conform you to their standards, to agree that what is not right is right then you have limited your destiny. Romans 12:1-2.

It is better to walk alone than to walk with the wrong crowd. It is better to stand alone, I mean if everybody sees mediocrity as normal; they come to the office any time they want, they are talking and making noise in the office when they should be working

and you made up your mind that that is not the way to go. They may look at you somehow, mock you, conspire against you, try to think that you are the odd one and they are the better people.

Stand and do the right thing boldly and then outshine those who are doing the wrong thing. But don't forget what I just said, it is better to walk alone than to walk with the wrong crowd. It is important to take a stand even if you have to stand alone.

Yes, you can speak your language but speak it in your house, speak the one everybody can understand.

And if you are alone with your tribal man you can speak to him.

It doesn't matter who is behaving substandard, it may be someone you love or someone you respect but you see him misbehaving; he is eating corn, he throws it out of the car and you are inside the same car with him, he finished a wrap of biscuit and threw it out. Threw out for who to pick it from the road? What a barbaric behavior, highly uncivilized behavior. At times you come across people like that who behaved in a very very low way, refuse to conform. You may not correct or challenge people like that so it doesn't look personal and if it is someone you can correct, you can but if it was someone you can't correct, you hate the behavior and make up your mind to do the right thing.

You must have zero tolerance for mediocrity on the journey of excellence.

Be averse to substandard operation and to the point where you refuse to manage anything that is not optimal.

God is placing His seal of excellence upon your life and changing your life stories. And those who knew you before will begin to value you because of your excellence.

We have just said that excellence is not a destination, it is an adventure.

You continue to improve on the things you do and that is a major secret of excellence.

At the introduction, we said, that everything that is visible, audible, tangible is improvable.

We said also at the beginning that 'the largest room in the universe is the room for improvement'.

Lift your right hand and say I shall continue to improve on the things of my life, say the loudest Amen.

If you are not updated you become outdated, antiquated and outmoded.

Do you understand what I am talking about?

The ancient house that was built 40 years ago, it was the outstanding, shining house then but today if you look at it now, may be there are other fanciful designs now. What was celebrated then can only be a monument today but there are other celebrated structures now.

You remember the 504, 404 of those days, you remember those vehicles with the big nose, the lorry of those days that they use to whine with the hand and all those things. Today, those are not things that are celebrated except for antiquity purposes. But if you want this journey/adventure of excellence to be exciting and fulfilling then there must be continuous improvement. Continuous improvement is a function of number 6 which is called value for knowledge.

To be lighted is to be uplifted.

7. Diligence of labour: excellence answers to diligence. It is the diligent laborer that experiences excellence in life.

Hard work is doorway to high flight in life. No one forces his way without work.

No one flies high who does not work hard.

When a person comes out with a first class degree, work went in. While other students are going for parties and playing around, he was buried in work.

When you see a first class athlete, that person worked. I heard of Wilma Rudolph who worked herself for almost 16 to 20 hours every day for 4 years before she appeared for the first Olympics and then the second one. The first woman in history to win 3 gold medals in an Olympic competition. 100 metres dash, 200 metres and then as the anchorwoman for the relay race. She pushed herself.

You do not reach your potentials without a stretch. 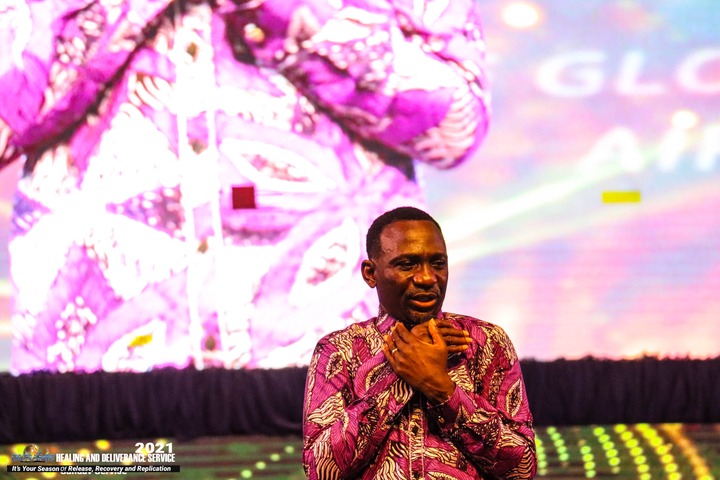 There is no reach without a stretch.