By Debellonline (self media writer) | 10 months ago

A witness of the Economic and Financial Crimes Commission, EFCC, Michael Wetkas concluded his examination-in-chief in the ongoing case of diversion of public funds meant for projects in Jigawa State involving a former governor of the State, Sule Lamido, his two sons, as well as four others. 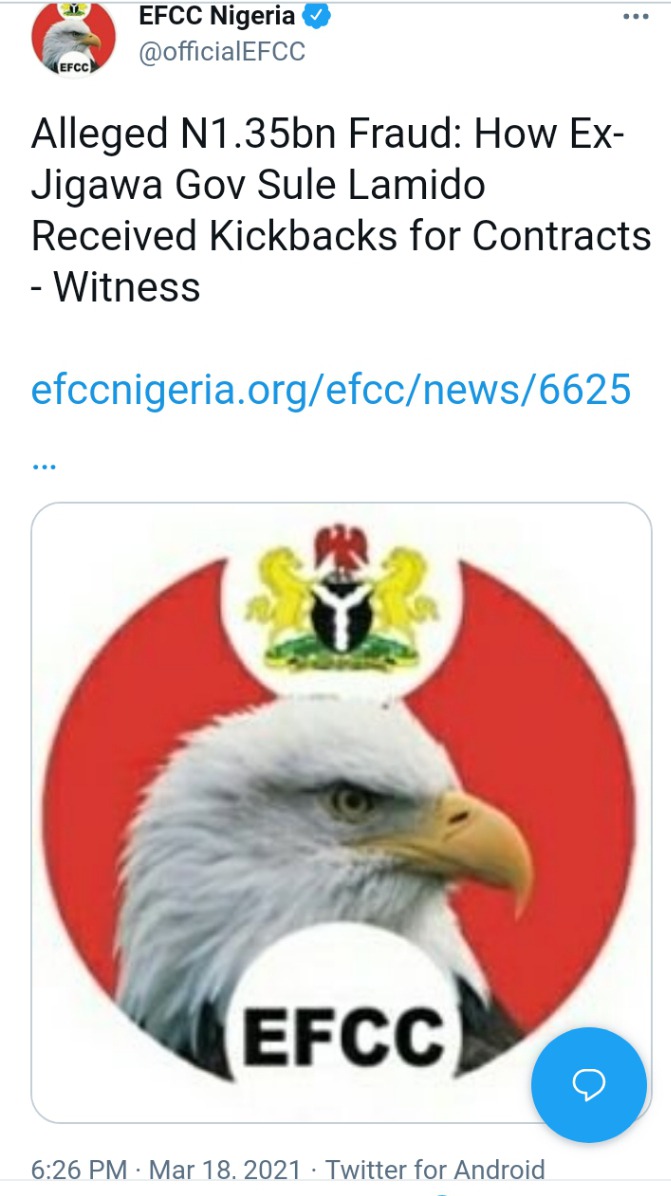 At the resumed hearing today, the witness demonstrated to the Court how the defendants used their companies to receive several payments suspected to be kickbacks from contractors for contracts which were masked as sub-contracts while Lamido was governor .

Wetkas, with the aid of a chart, showed the Court how Lamido received payments into his personal accounts from Dantata and Sawoe Construction Company, Interior Woodworks Ltd., and A.G Ferrero & Co Ltd. who were contractors in Jigawa State via Bamaina Holdings Ltd. and Speeds International Ltd accounts which has him and the 3rd defendant, Mustapha, as sole signatories. 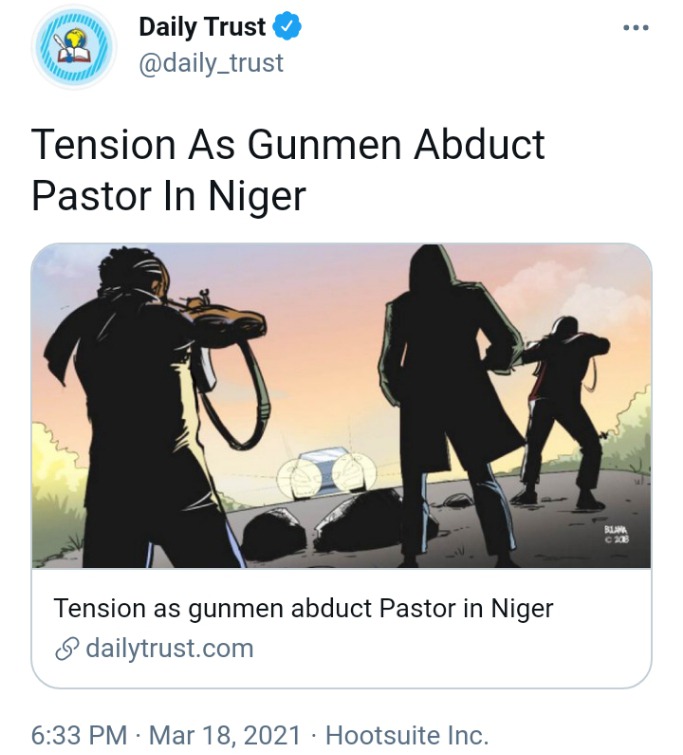 The pastor in charge of Shiyona Baptist Church, Reverend Yohanna Gyang Bitrus, has been kidnapped in Ugwan Saye in Yakila Community in Tegina, Rafi Local Government area of Niger State.

According to witnesses, the gunmen stormed the community around 2pm on Thursday and headed straight to the pastor’s house.

It was learnt that the Gunmen did not enter any other house in the community although they shot sporadically to scare people away.

Few hours after the pastor was abducted, a source close to the family said that the abductors got in touch with the family to demand a ransom of N60 million.

A source said the family is deeply worried as they do not know how to raise the money to secure the release of the abducted pastor.

The Police Public Relations Officer in Niger, DSP Wasiu Abiodun, said he will get back to our correspondent when contacted for confirmation of the incident. 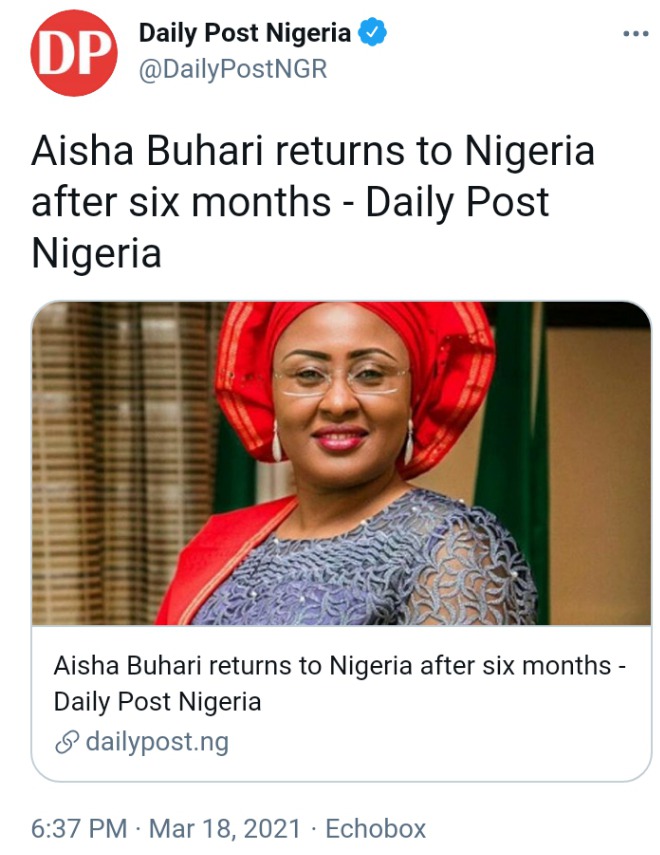 First Lady, Aisha Buhari returned to Nigeria on Wednesday night after six months outside the country.

The wife of President Muhammadu Buhari had been in Dubai, United Arab Emirates.

Aisha traveled out after Hanan, one of her daughters, got married in September 2021.

There were different versions of the reason for of Aisha’s long absence. Some claimed she went for medial attention, while others alleged rancour in the presidency. 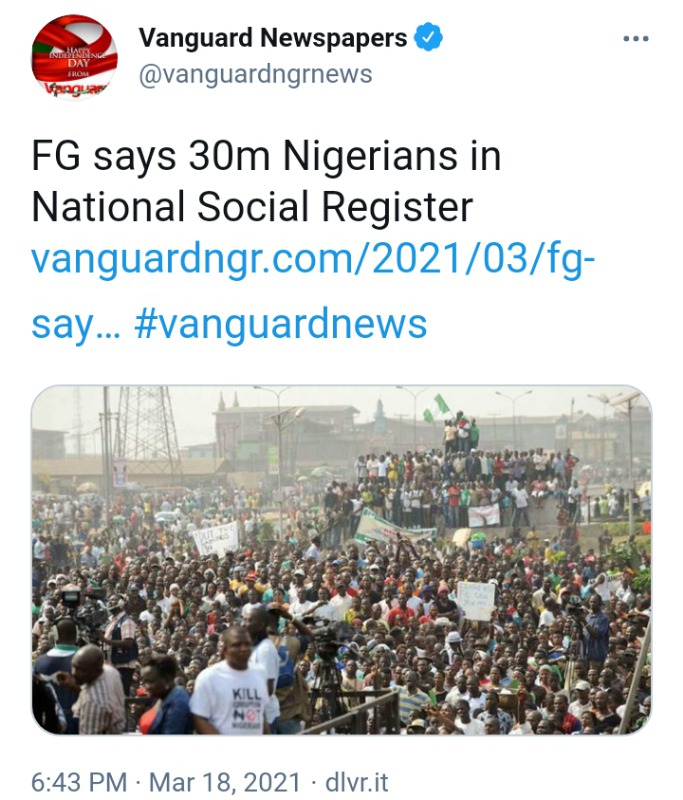 The Federal Government says it has captured no fewer than 30 million Nigerians in the National Social Register that would facilitate lifting 100 million people out of poverty in the next 10 years.

He said that under the ministry’s mandate sat on NASSP supported by the World Bank to reduce poverty and Socioeconomic vulnerabilities in Nigeria.

Alkali said NASSP was designed to have structures from the federal to the states, down to the local government levels, reflecting the three tiers of government. 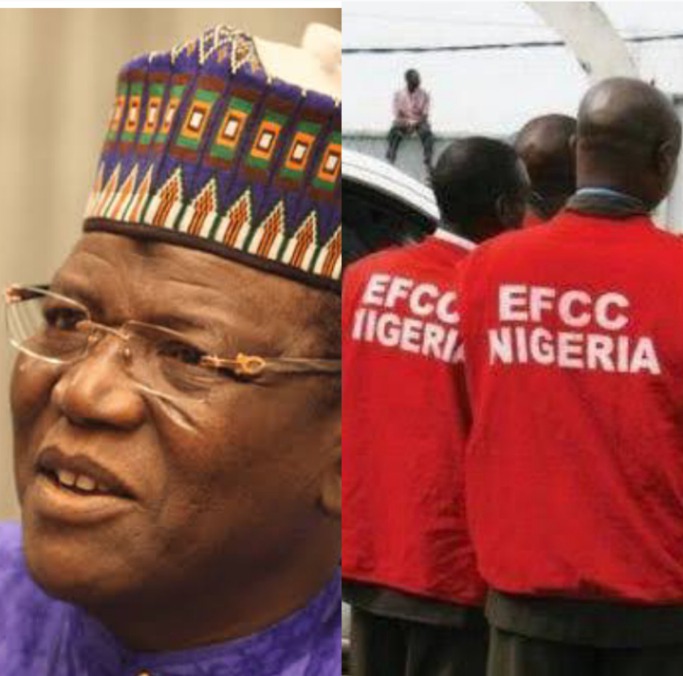 Content created and supplied by: Debellonline (via Opera News )