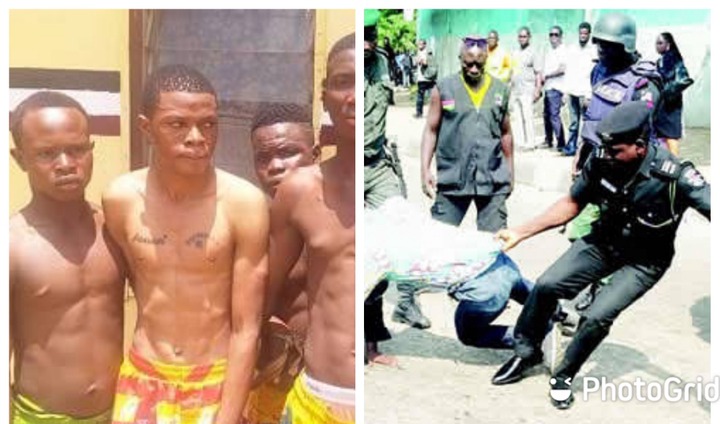 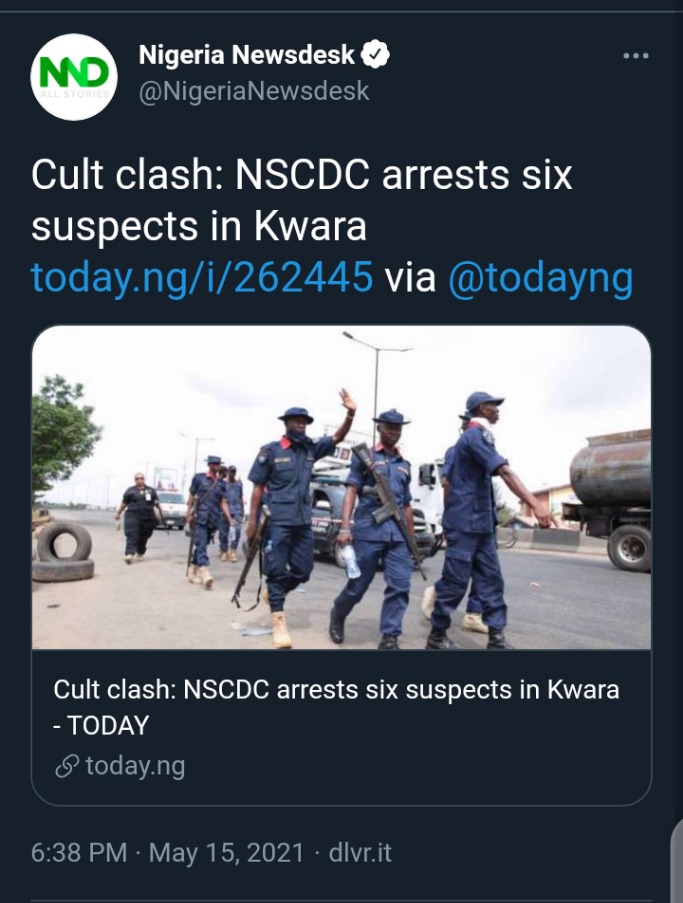 The suspects, members of the ‘Abata' and ‘Aye' cult groups, were about to strike at Dada in Ilorin's Okelele area when NSCDC operatives swooped down on them and arrested them.

According to the NSCDC, five of the suspects are from Kwara State, while only Samad is from Oyo State.

The police command in Imo state says it has arrested five members of IPOB/ESN who allegedly masterminded the murder of Sgt. Joseph Nwaka and other security operatives in the southeast state. 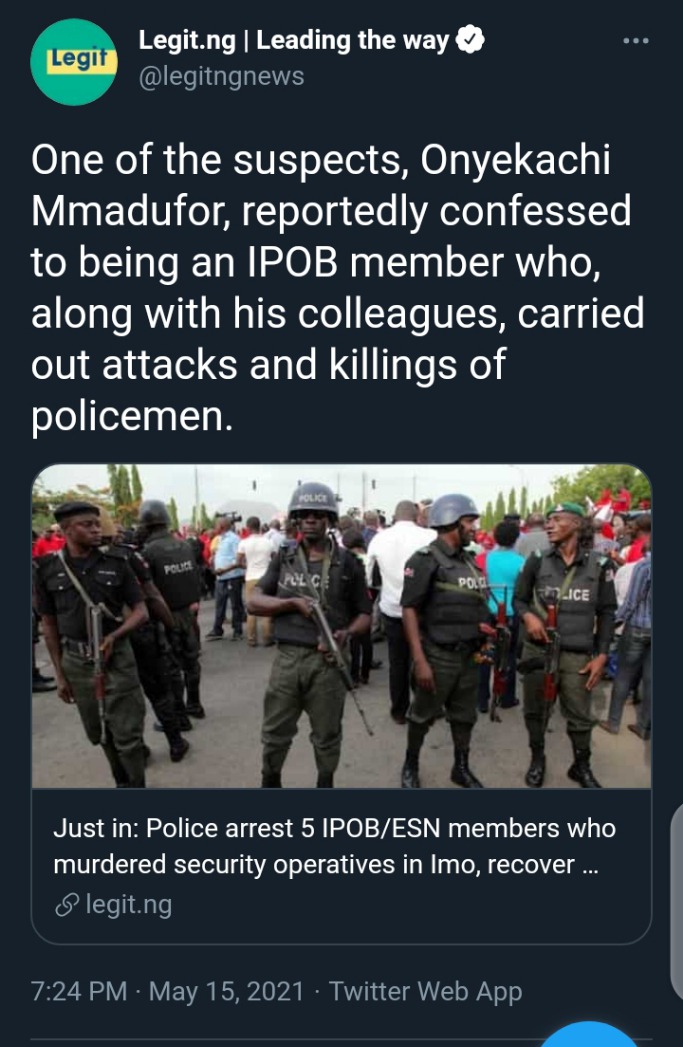 According to the Nigerian Tribune, the command added that the feat was accomplished through crime prevention and control strategies implemented under the leadership of CP Abutu Yaro.

According to Legit.ng, the commissioner of police, Yaro, revealed this in an Owerri statement issued by the command's spokesperson, Orlando Ikeokwu.

Some of the suspects were reportedly arrested in Isu LGA of the state on Thursday, May 13, while the others were apprehended on Friday, May 14.

The police spokesperson said an AK 47 rifle with breech no 56-258115, 15 rounds of live ammunition, four locally fabricated weapons, six live cartridges, and a large quantity of weed suspected to be Indian hemp were recovered from the suspects.

According to him, Onyekachi Mmadufor, one of the suspects, confessed to being a member of the IPOB who, along with his cohorts, carried out attacks and killings of police and other security personnel. 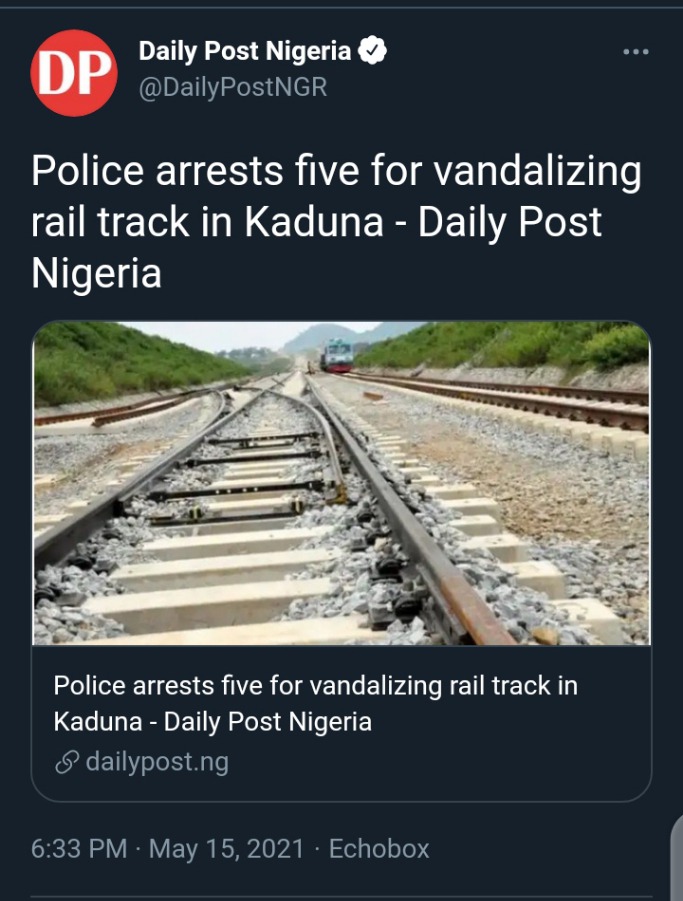 ASP Mohammed Jalige, the command's spokesperson, announced the arrest in a statement issued in Kaduna.

Jalige stated that on May 13, the Command acted on reliable information and arrested and recovered the five suspected rail-track vandals in Dalle Village of Jema'a Local Government Area of Kaduna State.

He stated that the suspects are currently being interrogated, and that efforts are being made to identify all those involved in the destruction of critical national infrastructure.

Jalige also clarified the misunderstanding surrounding a video and photos of a vandalized rail track circulating on social media platforms, which were claimed to be the Abuja–Kaduna rail track.

No going back on warning strike in Kaduna, NLC vows

The Nigeria Labour Congress (NLC), Kaduna State Council has vowed to proceed on its proposed five-day warning strike starting from May 17. 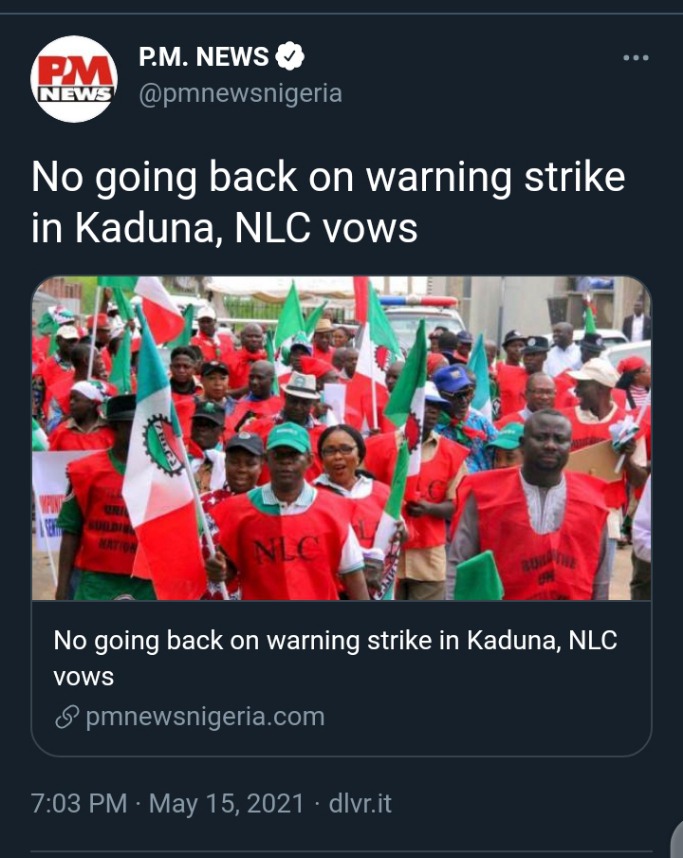 The State Secretary of the NLC, Comrade Christiana Bawa disclosed this in a statement on Saturday in Kaduna.

Bawa, therefore, urged workers in the Kaduna State Civil Service to disregard government’s circular and threats against the industrial action.

She directed all workers, particularly, teachers, local government workers and their counterparts in state government Ministries, Departments and Agencies (MDAs) to disregard the provocative circular.

Bawa said that the warning strike was aimed at registering their displeasure over the pitiable conditions of workers in the state civil service.

The police in Osun said it has tightened security in Osogbo to prevent breakdown of law and order, as Yoruba Nation agitators hold a peaceful rally in the city. 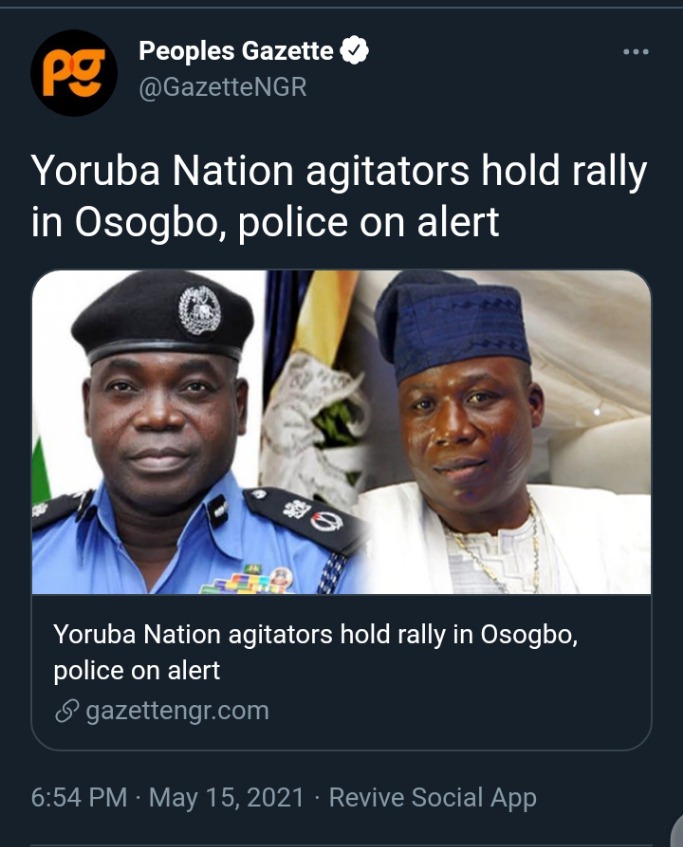 On Saturday, Osun police spokesperson SP Yemisi Opalola said the agitators, who call themselves ‘Omo Oduduwa United,' had informed the police of their planned rally.

Ms Opalola stated that the law does not prohibit a peaceful rally, and the state commissioner of police, Olawale Olokode, has directed that the rally be protected and secured to prevent hoodlums from hijacking it.

She stated that the command has put adequate security measures in place to prevent any breakdown in law and order, and that police officers are present at and monitoring the rally.