Man stabs himself, two children over wife's refusal to give him money for dog's kennel 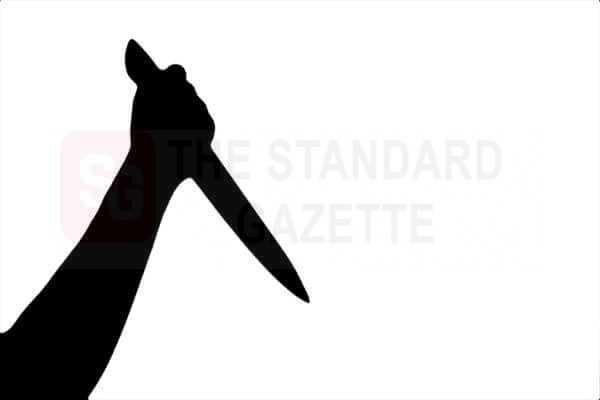 According to a news that was posted by Standard Gazette yesterday evening, it has been alleged that a Kenyan man has escaped death, as angry mob in his area wanted to kill him, after he stabbed his two children severally.

It was made known that the suspect, whose name was given as Ken Mburu, a resident of Nyahururu in Central Kenya, stabbed his two daughters several times with a knife following a quarrel with his wife, as information that led to the stabbings revealed it that Ken, came home with a dog the previous day and told his wife that she should provide money for the construction of the dog's kennel but, she refused to give him his demand.

The next day, the wife, whose name was given as Martha Nyambura, went out, as she left the two children playing in their compound and when she came back, she noticed that people already gathered around her house, as they later explained what her husband did to her children.

When a neighbour was narrating what happened, he made it known that it was screams of the children that attracted him and when he wanted to find out what was happening, the gate was already locked from inside, as he jumped over the fence and called other neighbours, who later overpowered the suspect, as he also stabbed himself.

It was made known that the two girls and the suspect were rushed to hospital where they are presently receiving treatment. 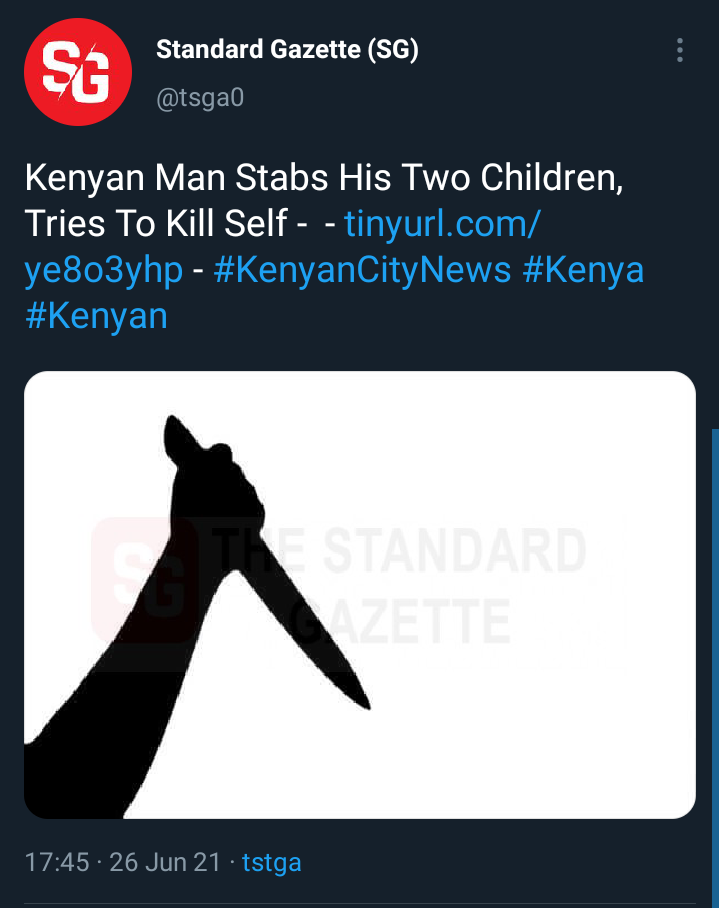