Armed men suspected to be bandits stormed Nuhu Bamalli Polytechnic, Zaria in Kaduna State, late on Thursday. The bandits kidnapped two lecturers and eight students of the polytechnic. One student was reportedly killed by the bandits before taking their hostages. 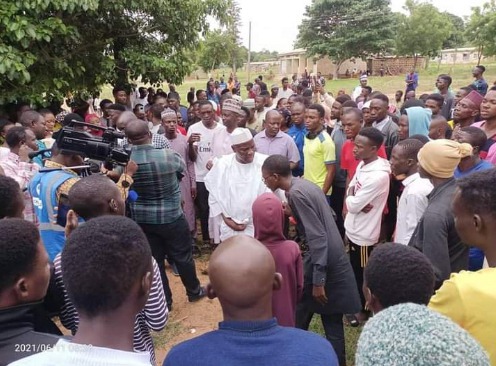 According to a report, bandits has invaded Nuhu Bamalli Polytechnic, Zaria, Kaduna State in the late hours of Thursday, 10th June 2021. Two lecturers and 8 students were abducted and one student was shot dead during the attack.

According to the report, the Kaduna State Government has been briefed by the security agencies of the attack by the armed bandits. The attack happened at the main campus of the Nuhu Bamalli Polytechnic, Zaria, on Thursday night.

In the briefing, the staff quarters of the campus were invaded by armed bandits who opened fire randomly. In the process, two students identified as Ahmad Muhammad and Haruna Isyaku Duniya were hit by bullets.

Ahmad Mohammed died this morning and Haruna is still battling with gunshot wounds in the clinic. Two lecturers and eight students were abducted and still at large with the bandits.

Governor El-Rufai has confirmed the attack, noting that the culprits will not go unpunished. He ordered security agencies to conduct a thorough search for the abducted. He urged the public to remain calm that his government will apprehend the perpetrators and set the captives free. What is your opinion on the insecurity ravaging the country?