By Swanky_gist (self meida writer) | 13 days

A 31-year woman and her boyfriend, have been apprehended by the police for baby trafficking. The suspects were Titilayo Kudasi and Seyi Akinsete. 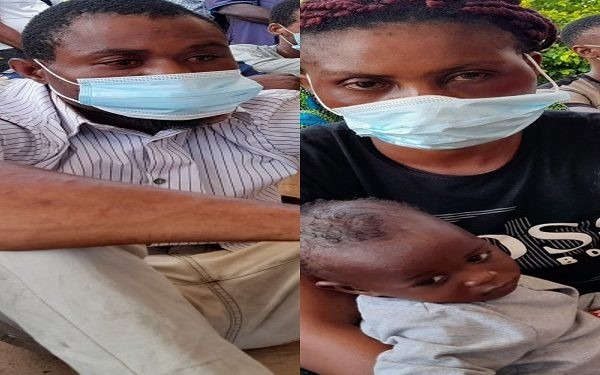 The woman confessed to how her boyfriend Seyi lured her into selling her child for 300k to a certain buyer in Imo state. She explained how they have been dating for four years and have been in the kidnapping business and using it as a source of income.

The woman stated that she was arrested alongside her boyfriend when traveling down to Ondo Town with the mindset of selling another baby. She also confessed that her customers were in Imo state. 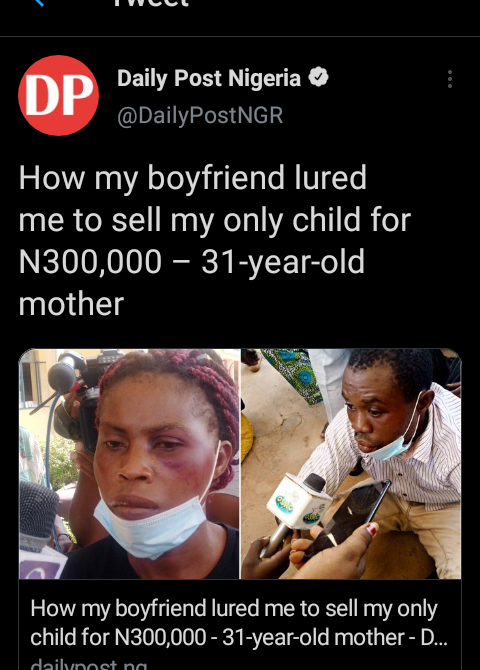 According to the boyfriend part, he said he was a father of three and was introduced into the business by a friend named John Emeka in 2019.

He declared how he sold his first baby for 500 thousand through Emeka. He confessed that he has been able to sell 3 babies to a certain buyer in IMO state

However, the police have swung into action in investigating those behind the act

What do you think of the headline?

Content created and supplied by: Swanky_gist (via Opera News )