We Have Space Occupiers As Leaders- Enenche. 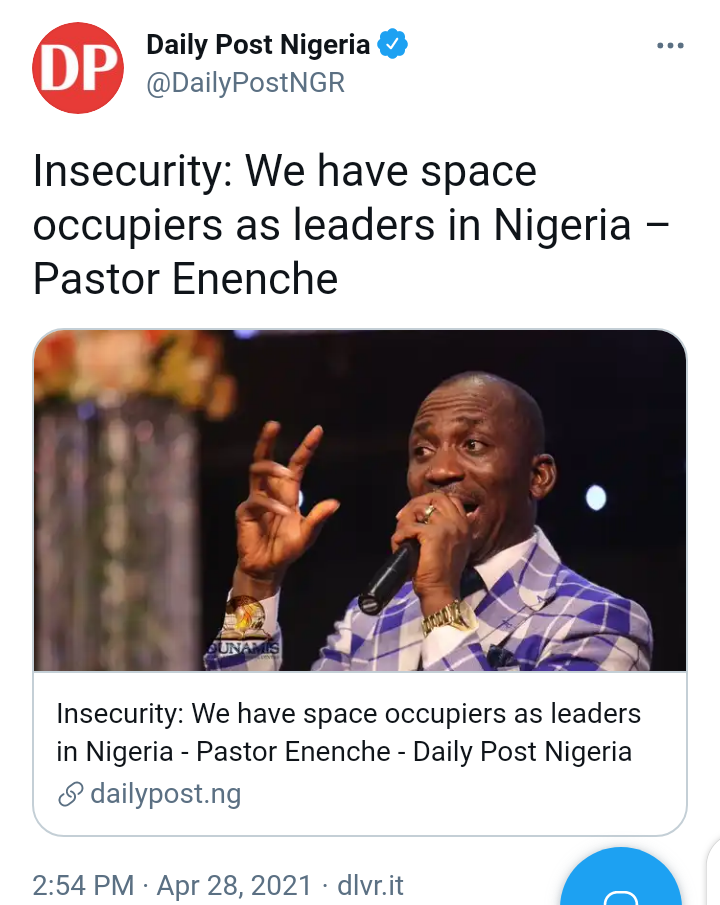 Following the disturbing state of insecurity in Nigeria, the Senior Pastor of Dunamis Church, Dr Pastor Paul Enenche has criticised Nigerian leaders, saying they are mere space occupiers with no leadership qualities.

The preacher made the comments in a video he posted on his verified Facebook page on Wednesday.

While reacting to the numerous killings recorded recently across the country, the man of God said to depend on the government is to wait until you are wasted. 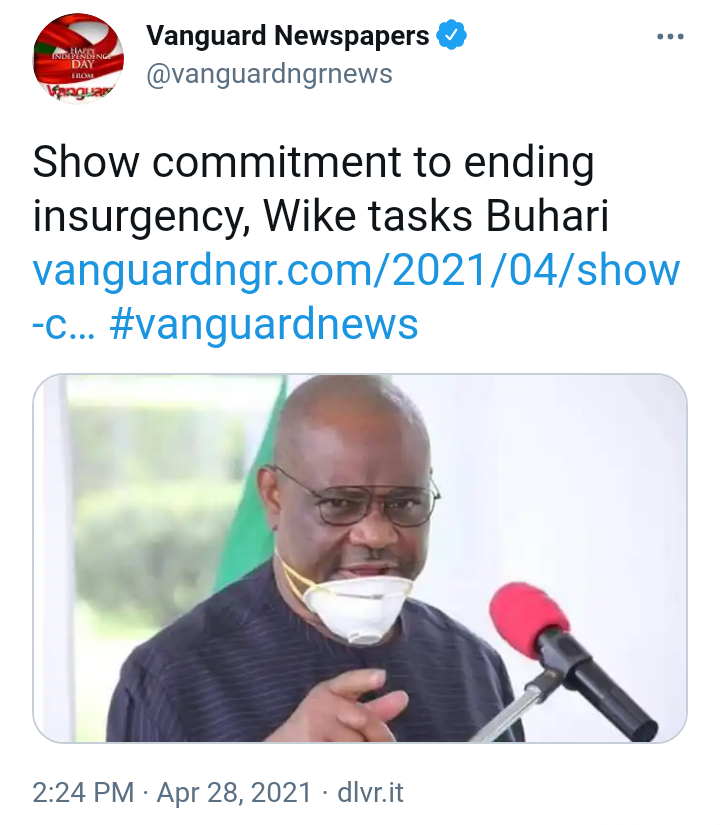 The governor, who spoke amidst the prevailing insecurity in the country, reiterated the call for State police to boost internal security of different states.

Wike, disclosed this in a statement by his Special Assistant on media, Kelvin Ebiri, after an interview with Channels television.

He opined that no government can provide good governance if it fails to protect life and property.

Wike mentioned that one of the reasons why insurgency, banditry, cultism and other heinous crimes besetting Nigeria have continued to fester is because FG have failed to admit they lack the capacity to tackle these security challenges bedeviling the country.

Wike said there was nothing wrong with the Federal Government admitting they have obviously failed in the protection of life and property and that they need support, ideas to tackle the prevailing insecurity across the country.

Ortom React To Killings In Nigeria. 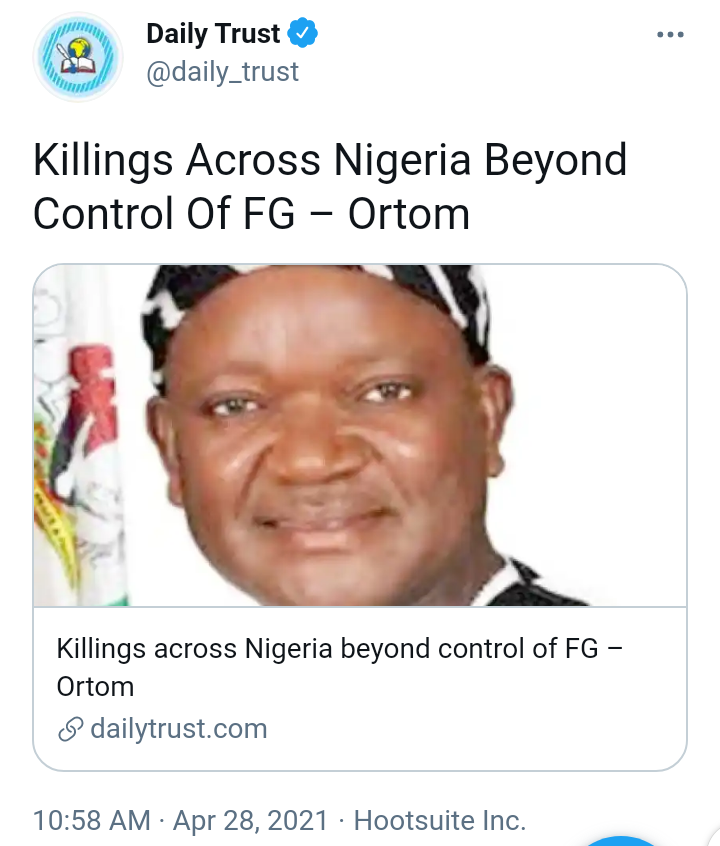 Benue State Governor Samuel Ortom has said the federal government has no answer to the worsening spate of killings and insecurity across the country.

Ortom, who spoke Tuesday while commissioning Army Day Secondary School, Effurun in Delta State, noted the situation has gone beyond the federal government’s capacity and nothing wouldl be wrong if help was sought from other countries.

He said with the killings occurring daily and with heavy casualties, it had become very obvious that the federal government is overwhelmed by the unfortunate situation.

He said that governors whose states were being attacked had become helpless and frustrated, adding that it was shameful that Nigeria was in such terrible situation.

Ortom, however, stated that God had not abandoned Nigeria and called on leaders to close ranks and provide equity, fairness and justice to heal the nation.

He also said that the major problem of insecurity occasioned by banditry, Boko Haram insurgency and other violent crimes in the country, was because the government had not been proactive in providing the people education. 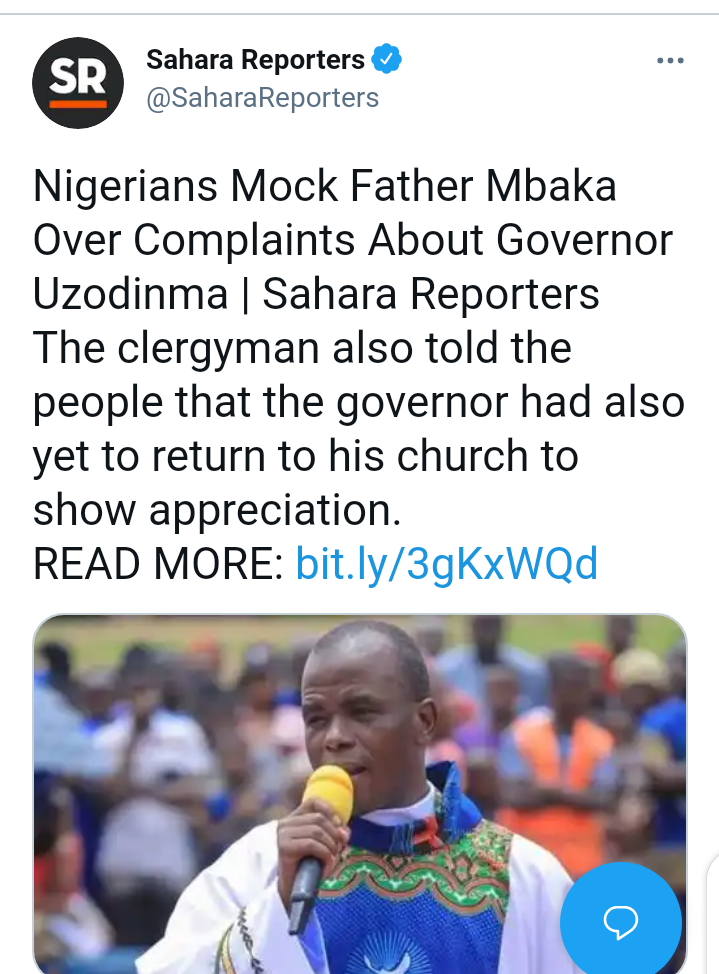 Some Nigerians have taken to the social media to mock Reverend Father Ejike Mbaka over his complaint that Imo State Governor, Hope Uzodinma has stopped answering his calls.

The Nigerians, who are displeased with the recent happenings in Imo State and in the entire country, criticised the Catholic priest for allowing his name to be dragged in the mud by the politicians like Uzodinma.

SaharaReporters had earlier published how Mbaka, Spiritual Director of Adoration Ministry, said Uzodinma had shunned him and stopped answering his calls, despite campaigning and prophesying that he would become the governor of Imo State.

The clergyman also told the people that the governor had also yet to return to his church to show appreciation.

Mbaka, in his 2020 New Year message, had said Uzodinma of the All Progressives Congress (APC), a former senator, would be sworn in as governor. 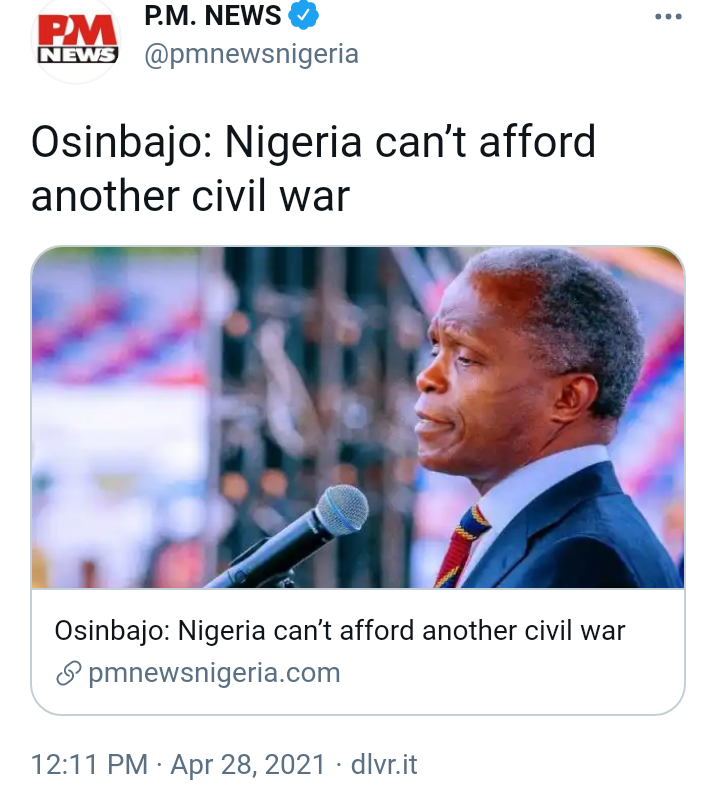 Vice President Yemi Osinbajo, said Nigeria cannot afford another civil war because it will not augur well for the country.

Osinbajo said this at an interactive forum of All Progressives Congress (APC) Anambra governorship aspirants, organised by the state chapter of APC Patriots in Abuja.

The thing about the kind of conflict in this part of the world, developing countries, is that it is usually a war without end. 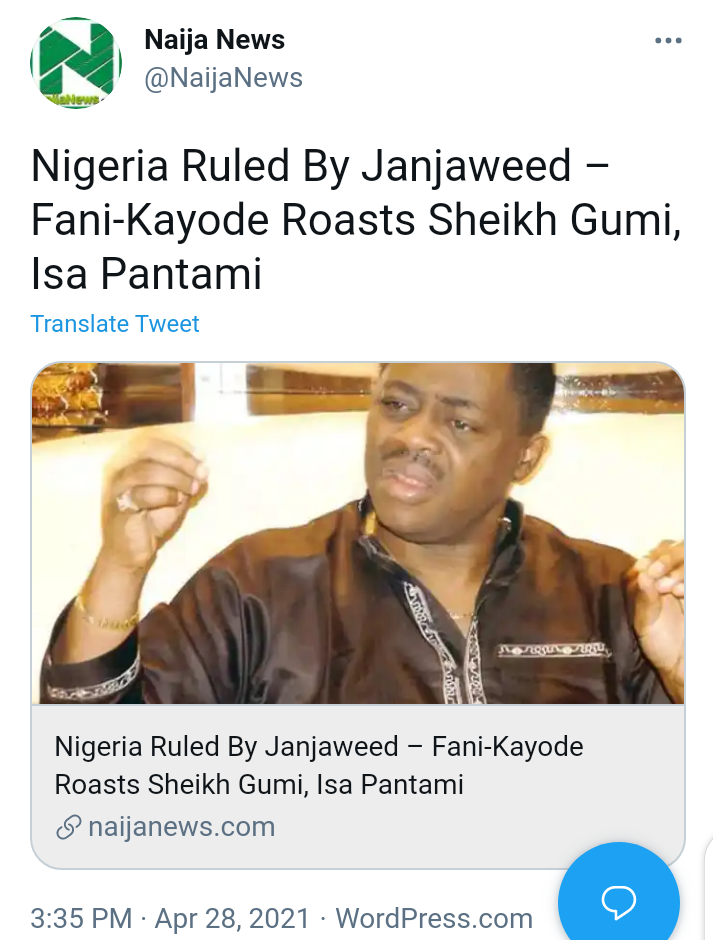 Naija News reports that Nigerians had called on the Buhari govt to sack Isa Pantami for backing terrorism some years back.

But the presidency on Thursday vowed not to sack Isa Pantami while insisting that the minister has apologized for his views on Boko Haram, Taliban and Al-Qaeda.

Gumi had warned against the sacking of the minister, saying that Nigeria will regret it if Pantami is sacked by Buhari.

Reacting in a post on his Twitter handle on Wednesday, Fani-Kayode stated that Nigeria is not being governed by a democracy, stressing that this is a rulership of Janjaweed.

He said those that believe that they are the owners of Nigeria do not see the country as a modern-day 21st century secular state but rather as a conquered territory. 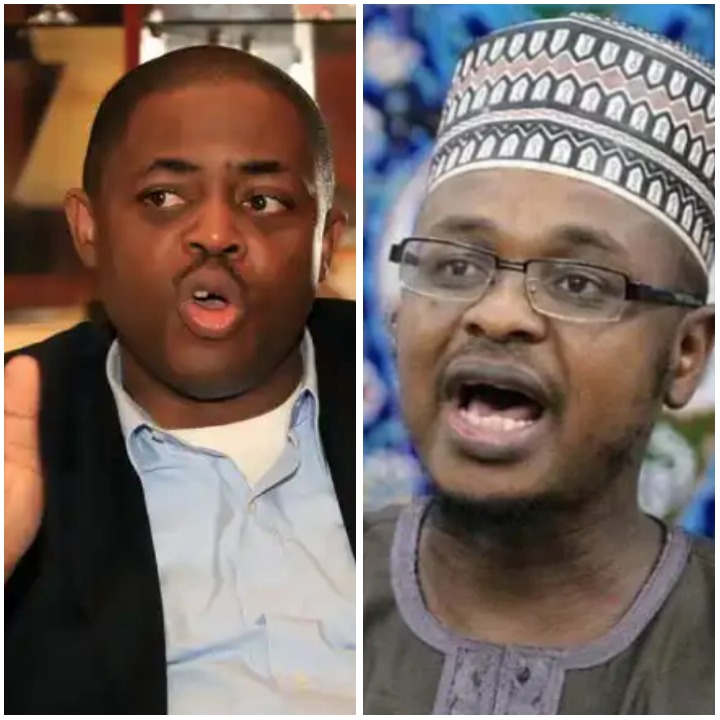 Shehu Sani reacts as Yoruba nation agitators in Osogbo are dispersed by a thunderstorm.

Did You Know That This Fish Can Stay Several Days On The Ground Without Dying?

"When I Become President Of Nigeria, I Will Have Four First Ladies At The Same Time" - Adamu Garba