By Christog (self media writer) | 3 months ago

Gunmen yesterday attacked the venue of a rally organized by All Progressives Grand Alliance, APGA, at Odoata Central School Field, Ihiala during which they engaged security operatives in Governor Willie Obiano’s convoy in a shootout that lasted over one hour. 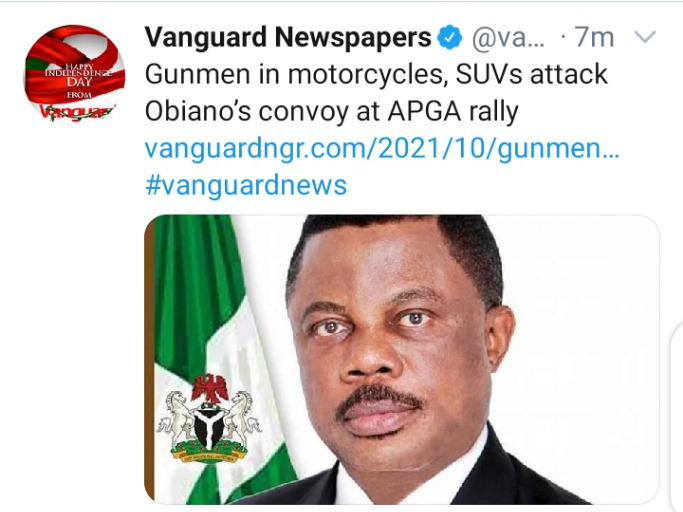 State Police Public Relations Officer, PPRO, DSP Tochukwu Ikenga, who confirmed the attack, said one Ak 47 riffle, two magazines with 30 rounds of ammunition and a Toyota Hilux van were recovered from the attackers.

A soldier was shot during the shootout, while unconfirmed reports said no fewer than six people lost their lives and several people injured.

Gov. Ifeanyi Okowa of Delta has predicted victory for the candidate of the Peoples Democratic Party (PDP) in the Nov. 6 governorship election in Anambra. 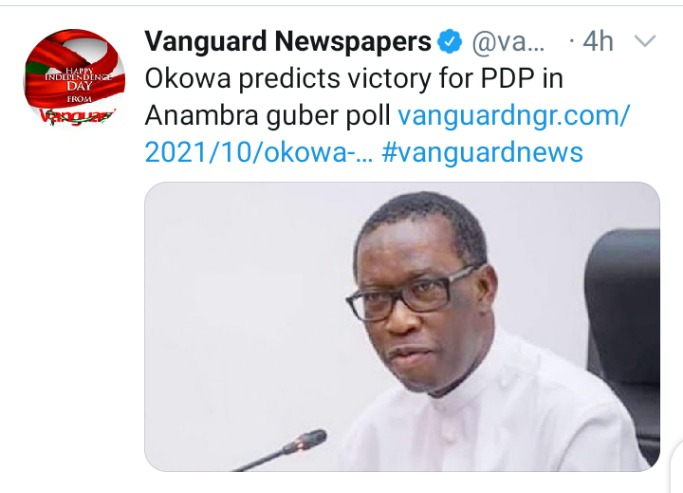 Okowa stated this when the party’s flag bearer in the election, Mr Valentine Ozigbo and some defectors from the All Progressives Grand Alliance, APGA in Anambra led by APGA Youth Leader, Mr Magnus Eziokwu, visited him in Asaba on Tuesday.

He expressed the hope that what happened in Edo would be replicated in Anambra.

President Muhammadu Buhari has directed cabinet ministers and permanent secretaries to redouble their efforts and work in synergy toward total delivery of this administration’s set target to improve livelihood of all Nigerians. 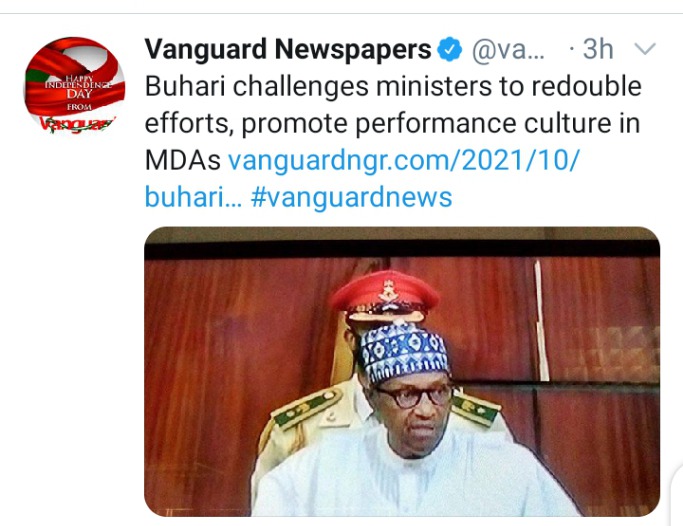 The president, who gave the directive at the end of the two-day Mid-term Ministerial Performance Review Retreat, also instructed the ministers to ramp up implementation of their mandates along the Nine Priority Areas of the administration.