By Eaglemedia (self meida writer) | 26 days 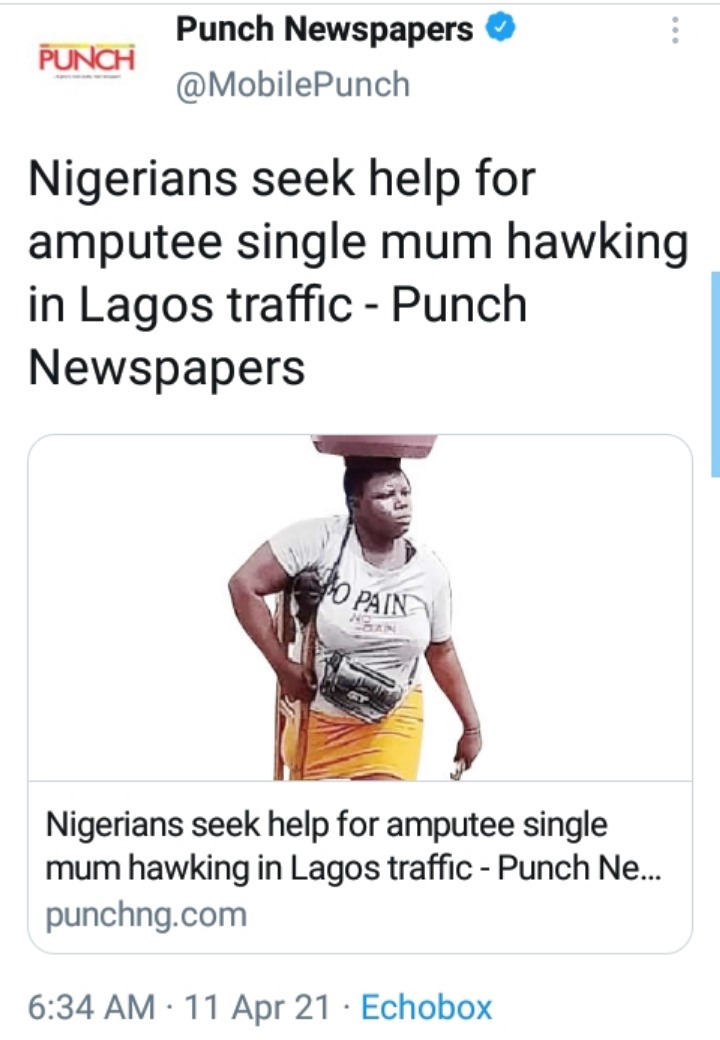 The sad story of Mary Daniel, an amputee single mother hawking bottled water on highways in the Oshodi area of Lagos State has elicited emotions from any Nigerians.

Nigerians said they were left teary after the news about her encounters with fate was read. They commended her courage to face her challenges instead of begging for alms.

A number of people have decided to support her financially so she could have a new lease of life.

Many have taken to twitter to speak on it. One Bala Moses wrote, “If we all can donate for as low as N1,000 or 500, it will make a whole world of difference for her. Let be that change we want to see.” 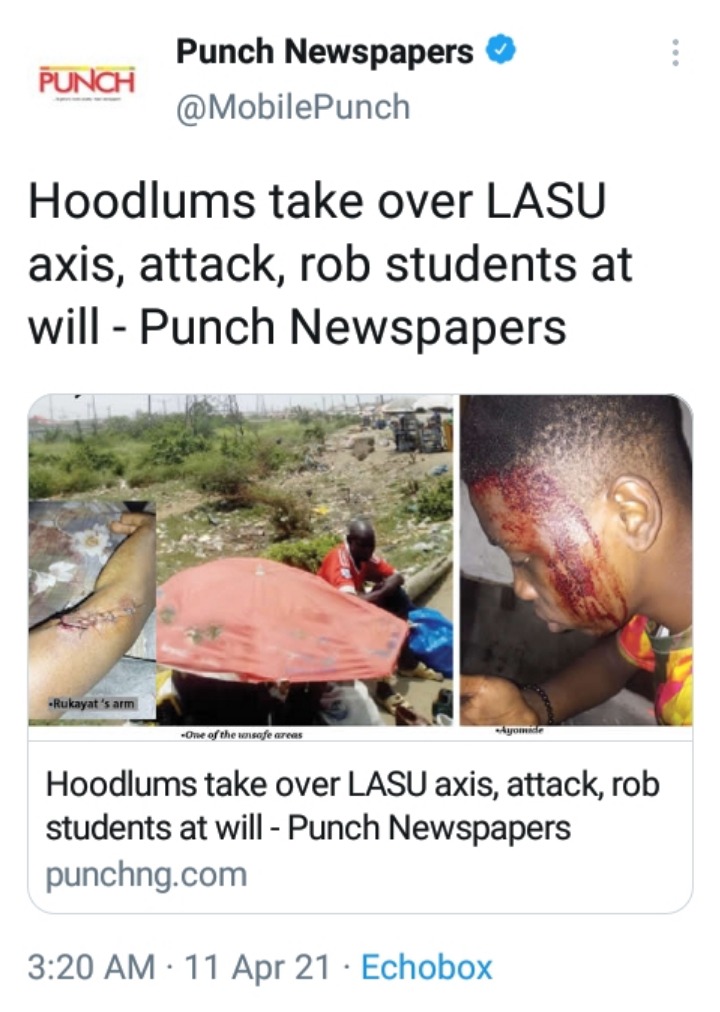 Reports have it that the Lagos State University, Ojo, Lagos, axis particularly areas along the Lagos-Badagry Expressway and the university's gate on the LASU-Igando Road, are now places where violet crimes are committed.

Hoodlums are said to use dangerous weapons such as knives and guns to prey on unwitting passers-by in these areas. Many of the victims are students of LASU.

The university's Chief Security Officer was said o be having talks with the Divisional Police Officer of the Ojo Police station to find solutions to the insecurity in the areas. 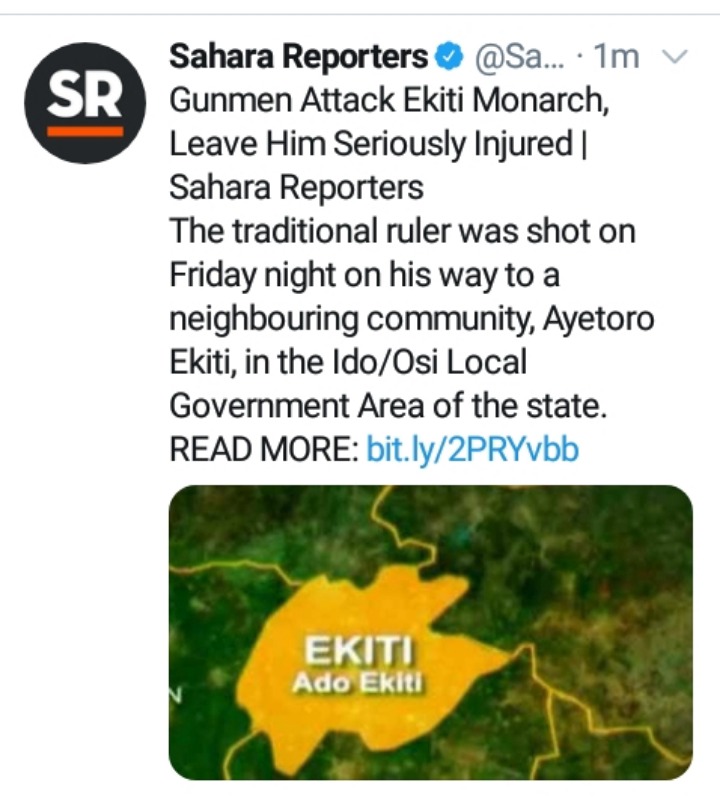 The traditional ruler of Ewu Ekiti in Ilejemeje Local Government Area of Ekiti State, Oba Adetutu Ajayi, has been shot by unknown gunmen

It is said that the monarch was shot in his way to Ayetoro Ekiti, a community in the Ido/Osi Local Government Area of the state.

The traditional ruler, however, escaped with serious injuries on his body and is currently receiving treatment in an undisclosed hospital. 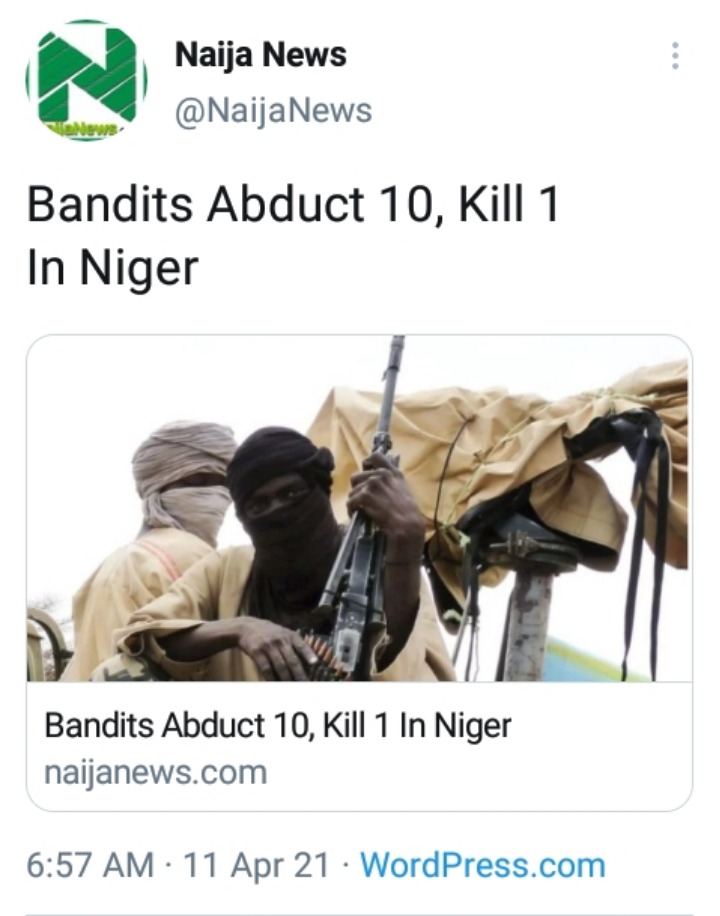 Suspected Bandits have attacked Gurmana District and some communities in Shiroro Local Government Area of Niger State, killing one person and kidnapping 10 others.

The villages attacked by the gunmen include Shekadna, Karibo, Kokki, Sarkin Zama, Bakin Kogi (Lagbe), Maganda and other communities in Gurmana district.

It was said that the bandits razed houses and barns in the villages. 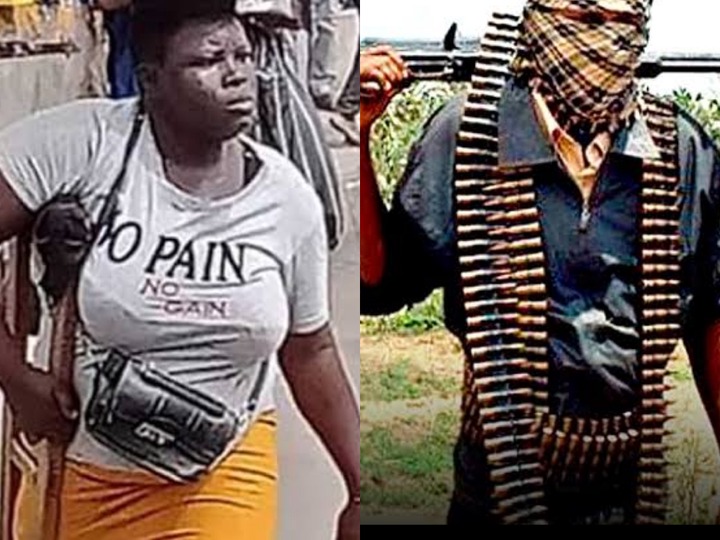 Obasanjo is great leader, the kind of leader we want- Sheikh Gumi

We Planned To Attack Bandits, Even If It Meant Killing Afaka Students - Gov. El-Rufai.

Terrorists Make Calls And Negotiate Ransom, Which Network Are They Using? –SDM Asks