By UniqueGracee (self media writer) | 5 months ago

A Man Identified as Saviour Aniefok is currently on the run after he allegedly tortured his 7 year old son Identified as Nathaniel to death. This incident took place at Amen compound, located at Shangisha area of Magodo Phase 2, Lagos State.

Mr Saviour allegedly tortured his son after accusing him of stealing a fish that belonged to one of his customer. A customer had asked saviour to help him to repair his faulty microwave, he also gave Saviour a piece of fish so he can use in testing the microwave after repair. After Saviour repaired the microwave but he forgot the Fish back at his shop. 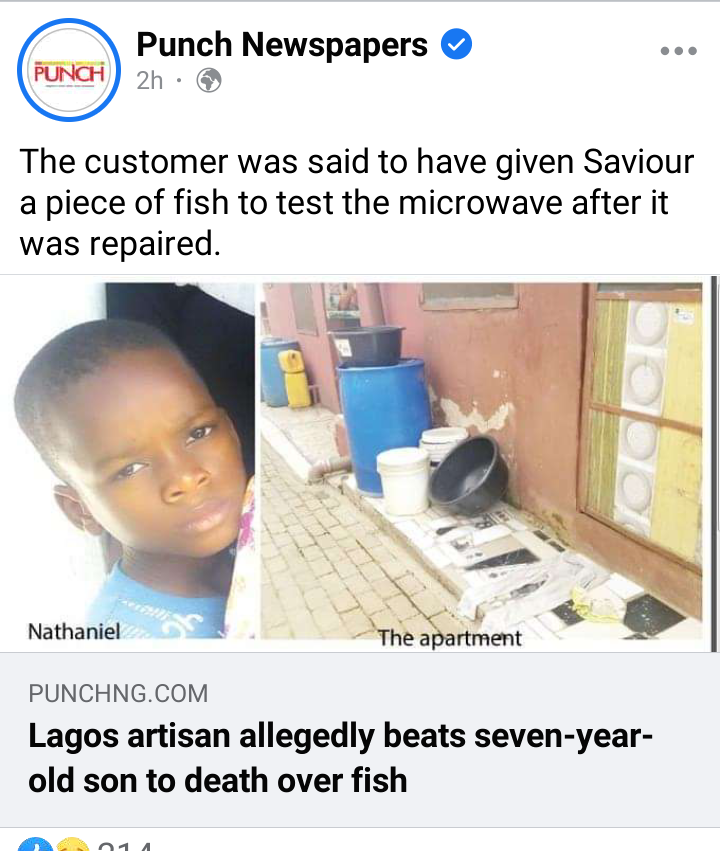 Some of the neighbors explained that they heard the little boy groaning in pain while being beaten by his Father. They also said that Saviour normally torture both Nathaniel and his other Brother Identified as Charles.

The neighbors said that they started hearing as Nathaniel was crying out for help around 10pm followed by bangs on the wall and floor. Mr Saviour kept telling Nathaniel to keep quiet as he was crying. Sadly their step Mother was not around to stop Mr Saviour from flogging the boy. It was the next day that the neighbors got to know that little Nathaniel had died.

Saviour then proceeded to burial the young boy the next day, he then ran away with his other Son in other to hide his crime. The neighbor further explained that the injuries that Nathaniel got from the torture may have led to his Death.

Another Neighbor added that she have seen the way Saviour tortures his son, he explained that he would carry the boy up and hit him on the ground.

According to Punch Newspaper, child protection unit was contacted by some good Samaritan and they are currently investigating the matter. 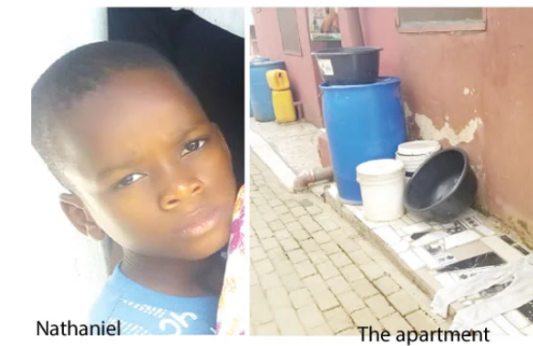 During the investigation Mr Saviour denied ever torturing his son, he claimed that the young boy was running away from being punished for stealing a customer's fish. It was while he was running that he fell down and hit his head on the floor tiles.

Mr Saviour said he did not torture his son to death, he explained that he came back home on Sunday and noticed that the fish his customer gave him was touched. He interrogated his sons about it and they both denied touching the fish. Nathaniel then tried to escape after he saw his father go into the room, while running he fell and hit his head. Around 2am he began to act somehow that was when Mr Sunday rushed his son to the hospital, sadly he died along the way.

Mr Sunday also claimed that he did not go into hiding after the incident happened, he revealed that he went to visit his sick Mother.