Details Of How Herdsmen Killed My Father, Dispersed My Brothers - Victim Of Attack On Oyo Community 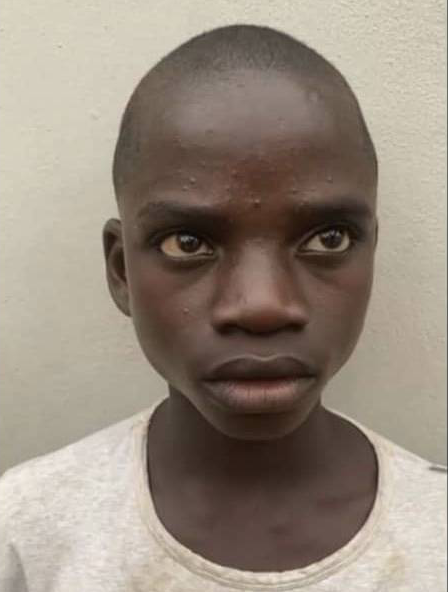 A young boy has narrated how some suspected Fulani herdsmen killed his father and made his dispersed his three brothers. The young boy named Idowu Abdulkareem, lives in the Igangan community, Ibarapa North Local Government Area of Oyo state. Idowu narrated the sad condition his family have found themselves in when he appeared in an interview during a programme on Agidigbo FM, Ibadan, Oyo state capital.

According to the teenage boy, Idowu, his father was a hunter. He was among a group of hunters who volunteered to stop the bandits whenever they attacked their community. On the day of the deadly attack, Idowu's father and other hunters were gathering in the community as they got ready to approach the bandits who were attacking their community. According to Idowu, as his father was stepping out of their house through the backdoor of their house, the suspected killer herdsmen shot him on the head and he died instantly.

The man dropped the brothers at Shaki motor park in Ibadan. The brothers didn't know where to begin their lives in the new location. They all decided to go in different directions so that they can gather what they would eat. They agreed that they will meet at the Shaki motor park at nightfall. However, Idowu way the first person to make it back to the park. He waited for his brothers but he never saw them again. Idowu said that the names of his brothers are Taye, Kehinde, and Alaba. According to Idowu, he misses his brothers so much. All his efforts to locate them has not yielded any results.