(Eyewitness): How trailer, 40-foot container tumbled after driver made U-turn on Lagos highway

Why would the driver of a trailer carrying a 40-foot container decide to make a U-turn on a major highway in Lagos State on Wednesday, September 22, causing the trailer and the container to tumble is a question many people at the scene of the incident were trying to unravel.

This was the exact scene of the incident that occurred around 9:00 a.m. at LASU Gate inward Volks along the Lagos-Badagry Expressway, when the driver of the trailer disobeyed traffic rules and regulations as he decided to make a U-turn on the road. 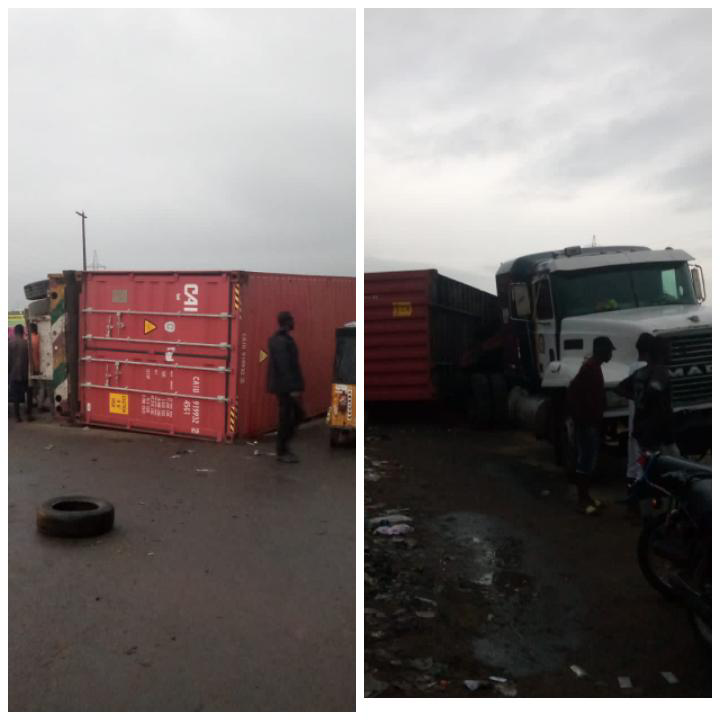 I was on my way to attend an official assignment at the Lagos State University (LASU) when I encountered a traffic gridlock on the stretch of the road and on enquiry of what went wrong, I was told by some commercial motorcycle riders that a trailer carrying container had blocked the road.

I therefore moved to the scene of the accident and I was told that the driver of the trailer decided to make a U-turn on the road and as he did this, he lost control of the vehicle, causing both the vehicle and container to fall along with the container.

Some onlookers, motorists and commuters who were held in the traffic were seen at the scene wondering why the driver of a trailer carrying such a heavy container will decide to make a U-turn on the road instead of moving a little bit ahead and make use of the nearby roundabout. 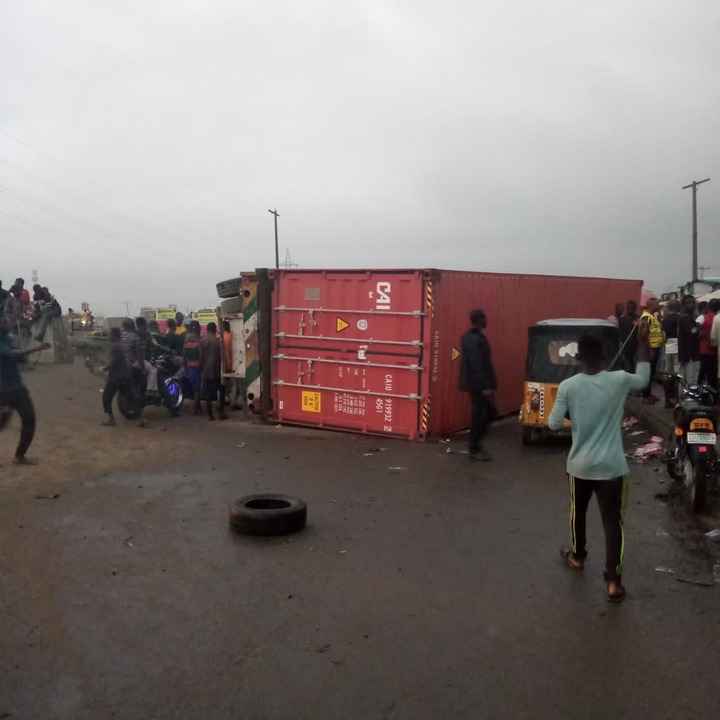 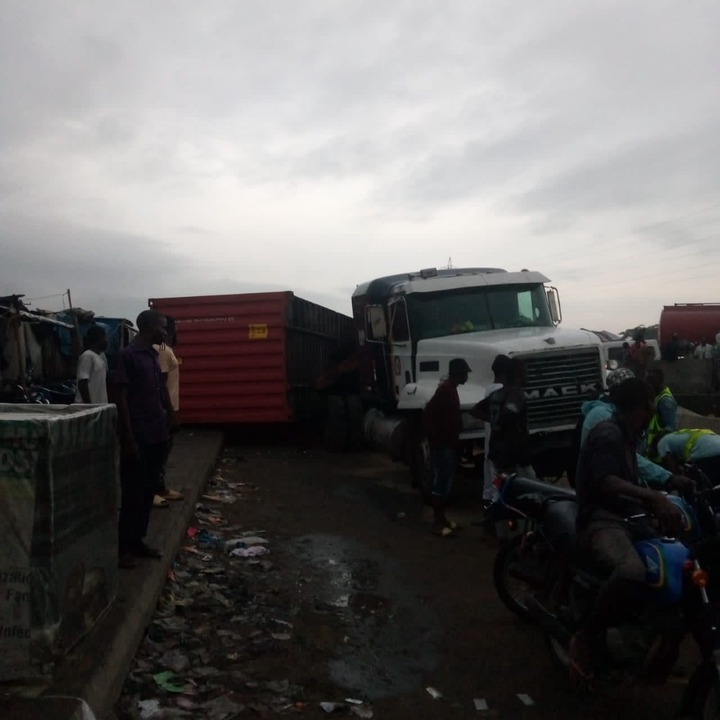 There is no doubt that impatience on the part of the driver, who did not sustain any injury during the accident, must have been the reason for his decision to violate traffic rules and regulations and make a U-turn on a major highway, thus causing unnecessary hardship for motorists and commuters on the highway.

However, a few hours after the accident, men of the Lagos State Traffic Management Authority (LASTMA) arrived at the scene and were seen making an attempt to move the fallen trailer while the fallen container was yet to be removed.

By the time I left the scene of the accident around 10:30 a.m., the trailer had been lifted to its feet while an official of LASTMA, who spoke with me under the condition of anonymity, disclosed that the container would also be removed immediately after the owner had been contacted for identification.

The Difference Between A Solicitor, A Barrister And A SAN