By Tidings (self meida writer) | 6 days

The mother of one of the students who was kidnapped at the college of forestry and mechanisation in Afaka, Igabi LGA, in Kaduna State, has spoken about her attempt to secure the release of her child. Recall that sometimes in March about 39 students were taken by armed bandits in the institution. Since the days following the Kidnapped, the parent have made all efforts to secure their release and it has been to no avail which is why they are calling he government to come to their aid. 10 students have been released which means that 29 are still in the custody of the criminals. Earlier today, there was a protest in Abuja by the families, friends and loved ones of the other ones that are still in custody of the bandits. 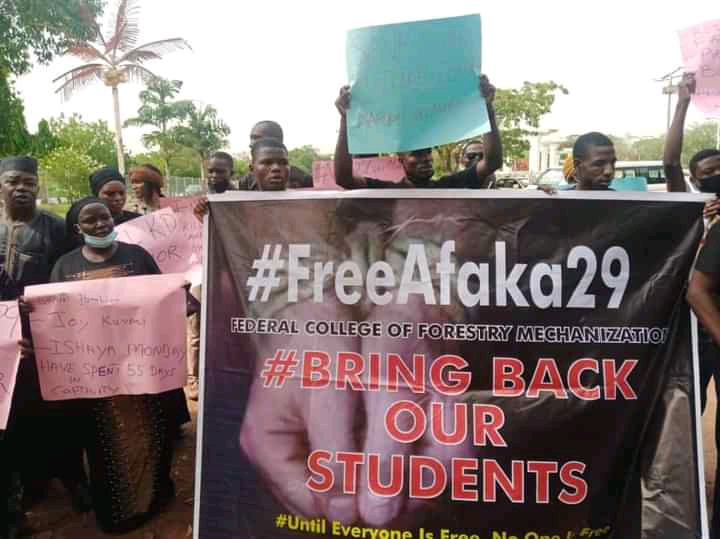 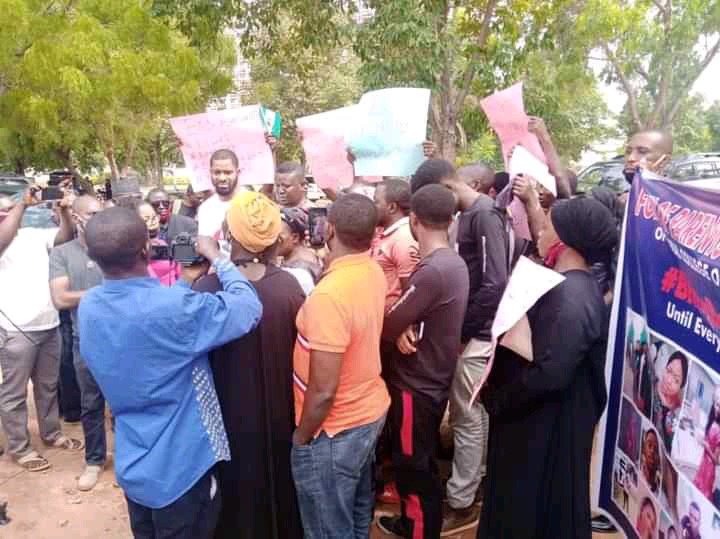 Speaking in a video that was published on twitter by Roots TV, one of the parents narrated the efforts they have put towards securing the release of their children. According to her, they have been to series of meetings as they try to get their children's freedom. She recalls when Islamic cleric sheikh Gumi introduced them to one Ahmed who in turn invited a Fulani man for talks. After discussions with the man, they were able to put together the sum of N800,000 to give the man. They were shocked when he told them that the money was just for his transport before leaving. 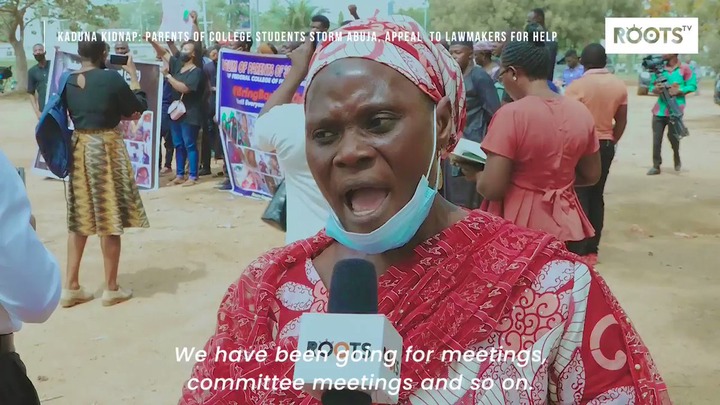 On hearing that, she started crying and told him that she was just a widow but still, he showed no care. Another mother reveals that all her conversations with the kidnappers have only led her to realise that they want to negotiate with the government alone. They kept telling her to cry out to the government and tell them to pay the N500m ransom they are demanding. 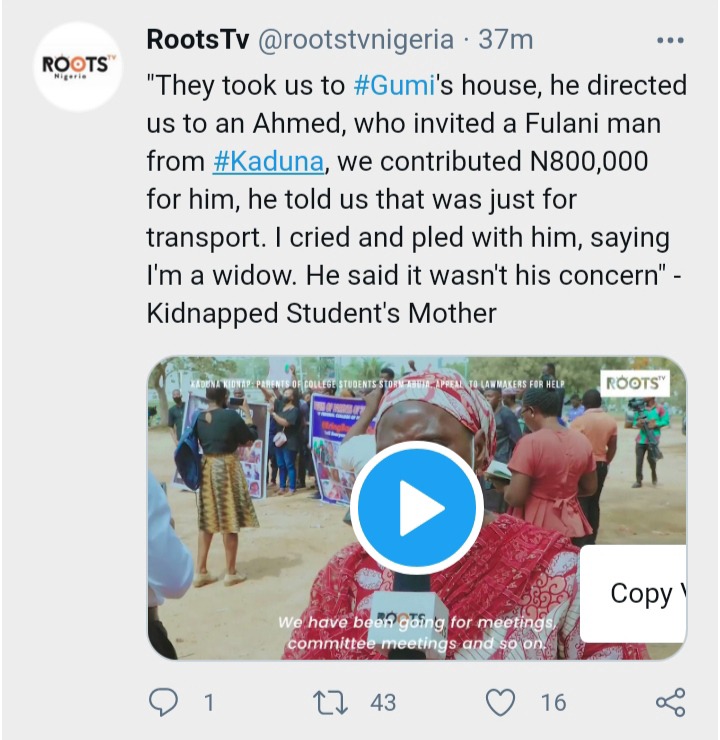 The whole essence of this kidnap and threats to kill them it seems is geared towards getting the government to negotiate. But Kaduna state governor Nasir El-Rufai has maintained his stand not to negotiate with criminals. While some have stood with him, others criticize his resolve. What are your own thoughts?. Should the government negotiate?, Will paying the ransom mean empowering criminals?. Drop a comment and share.