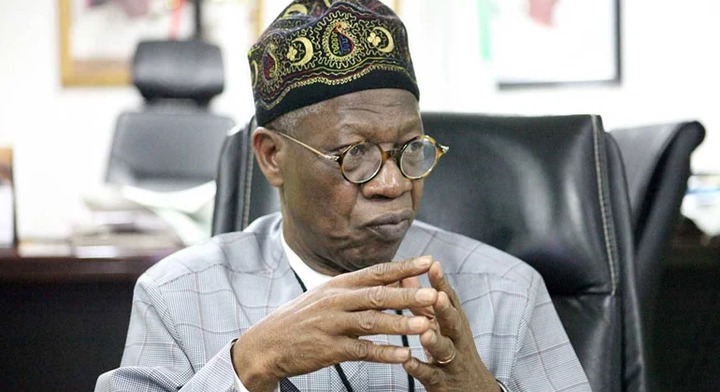 Nigerian Information Minister Lai Mohammed said "the table is turning" against bandits in Katsina and other northwestern states after security measures imposed by governors.

He also said the security measures were backed by the military, which has stepped up its kinetic approach.

He said during a media visit to Katsina state on Tuesday,

In a copy of his remarks obtained by our correspondent, the minister said: “We are here to get first-hand information on the great efforts of the government of Katsina state and other affected states in the northwest. to fight against the threat of banditry and various crimes.

“There is no doubt that the table is turning against bandits since Katsina and other affected states have proposed a number of new measures that have jailed the bandits and the military has stepped up its kinetic approach.

“Unfortunately, these positive efforts did not receive the kind of media attention accorded

banditry. We believe these efforts should be proclaimed, not just for the sake of it, but as a way to encourage the states involved, the security agencies who risked everything to make sure we're all safe and the government federal government that has done so much, especially in purchasing platforms, to put the military and other security agencies in a better position to fight not only banditry and kidnappings, but also terrorism.

Hundreds of soldiers backed by fighter jets launched the offensive in early September in Zamfara state against gunmen responsible for an upsurge in kidnappings and massive attacks in the northwest.

The offensive and official telecommunications blackout in Zamfara is the biggest recent operation against the bandits, who for years have looted villages and kidnapped for ransom.

Zamfara and other states have also imposed a series of restrictions, including a ban on the sale of gasoline in jerry cans and limits on livestock movements and opening hours of local markets to reduce supplies to bandits. .

But as pressure mounts in Zamfara, residents of villages in neighboring Katsina and Kaduna states have reported an influx of armed men fleeing Zamfara into their communities, raising fears of attacks.

There are reports that the Zamfara bandits are running out of food and even demand ransom food from hostage families instead of the money they usually demand.

Authorities in Katsina have also cut telecommunications signals in about half of its 34 districts on the border with Zamfara. Sokoto state followed on Sunday, cutting off mobile service in some areas.

But the closure also makes it difficult for residents to alert security personnel, said Bawa, who traveled to the state capital Katsina, 120 kilometers (75 miles), to make calls.