By Crownboy (self media writer) | 1 day ago 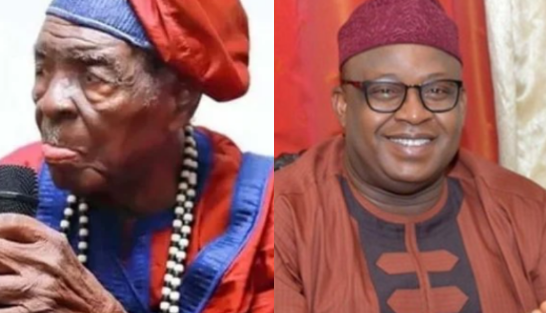 A renowned Benue industrialist, Chief Denen Tofi, has died at the age of 103.

One of sons of the deceased, Aondoakura, disclosed this in a telephone interview with the News Agency of Nigeria in Makurdi on Thursday. 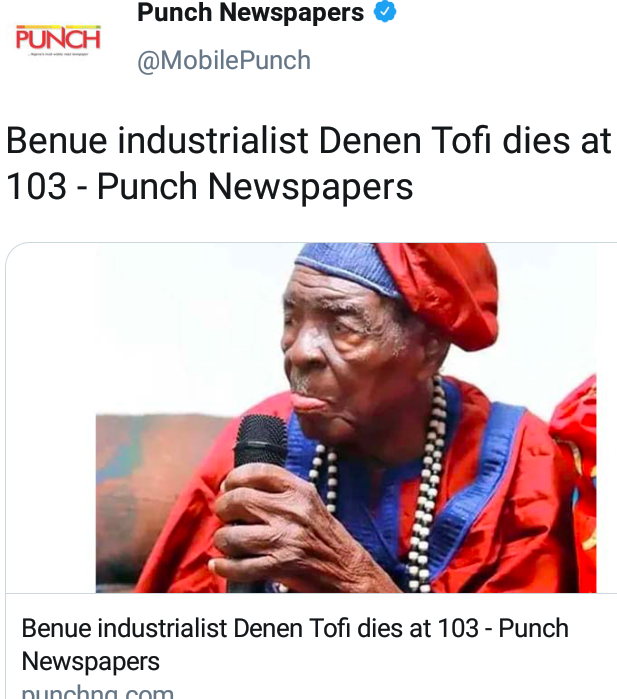 He said that his father died around 11a.m. on Thursday at Nyom Hospital in Gboko, the traditional headquarters of Tiv people.

“My dad’s old age contributed significantly to his death. Yeah, we lost him around 11a.m.

“On Tuesday night, around 9p.m., he started feeling uneasy and was rushed to the hospital in the morning. He started responding to treatment before he finally answered the call of his father,” he said.

A High Court of the Federal Capital Territory sitting at Maitama, on Thursday, barred the Peoples Democratic Party, PDP, from recognising or acting upon a resolution of its chapter in Edo State, which ratified the suspension of its National Vice Chairman (South-South), Chief Dan Orbih for allegedly engaging in anti - party activities. 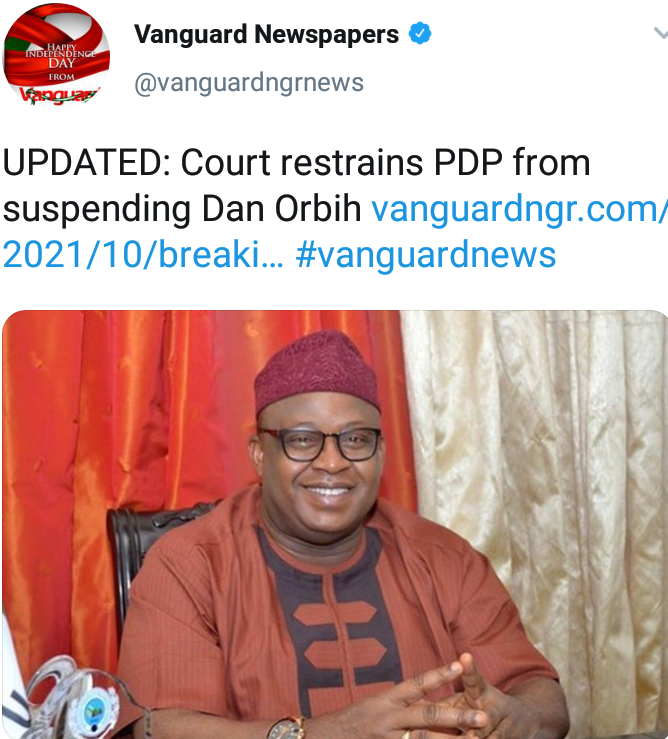 The court, in an ex - parte order that was issued by Justice O. A. Adeniyi, ordered the party not to give effect to Orbih’s purported suspension, pending the determination of a suit pending before it.

Justice Adeniyi directed that the order should be served on the PDP forthwith, even as he adjourned hearing of the suit till December 10.

It will be recalled that the Edo State chapter of the PDP had last Monday, ratified the suspension of Orbih and others accused of sabotaging the interest of the party.

The Police in Jigawa have arrested two suspects for alleged Automatic Teller Machine (ATM) card swap and theft of N58,000.

SP Lawan Shiisu, the command’s Public Relations Officer, confirmed the arrest in a statement in Dutse on Thursday. 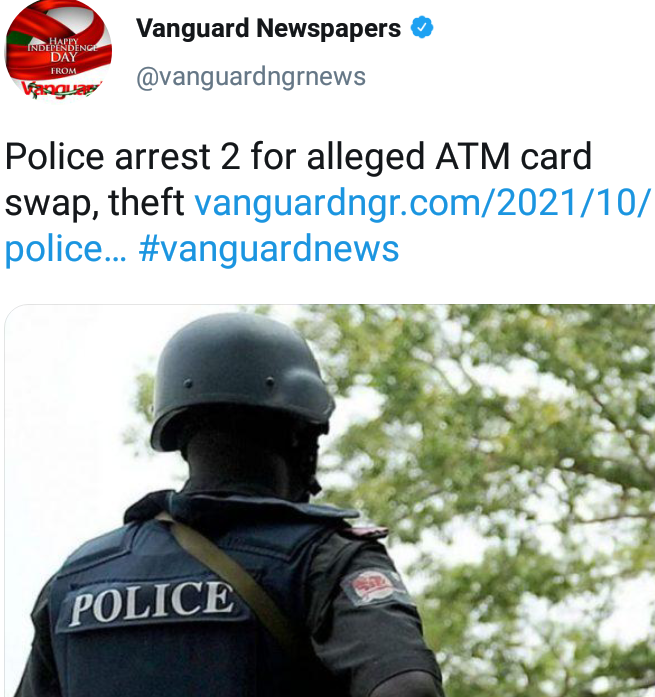 Shiisu said the suspects were arrested after Bashir Haruna and Isah Adamu of Birninkudu and Gwaram towns reported to the police that one of the suspects allegedly swapped their ATM cards and stole the sum of N50,000 and N8,000 from their respective accounts.

“On Oct. 6, at about 2:30 p.m., the following persons; Bashir Haruna of Birnin Kudu Local Government Area (LGA) and Isah Adamu of Gwaram LGA, jointly lodged a direct complaint that on the same date at about 1 a.m., they went to a bank in Dutse metropolis to withdraw money through ATM. 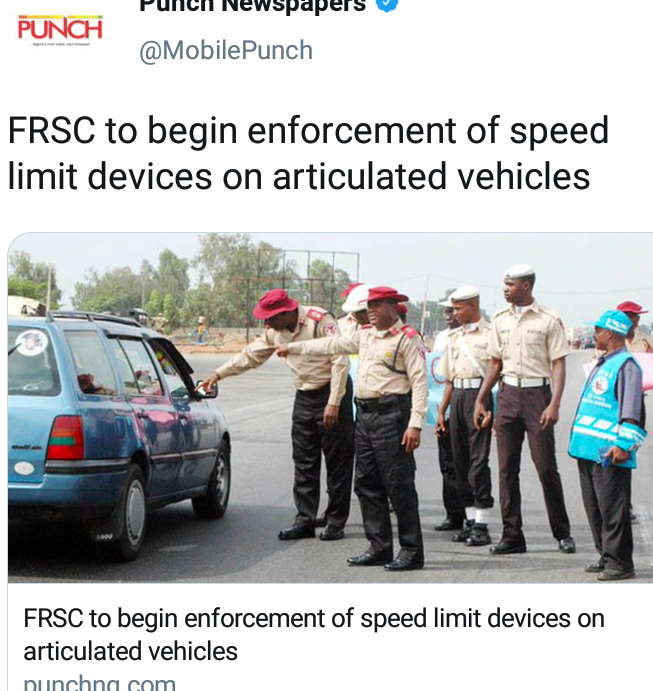 Mr Sikiru Alonge, the Ore Unit Commander of FRSC told the News Agency of Nigeria on Thursday in Ore that the move was aimed at reducing road accidents that occur on the highways due to speeding.

NAN reports that speed limiter is a device installed in vehicles in order to check speed and prevent drivers from going beyond a stipulated speed limit.

According to Alonge, the good road on the Ore - Benin Expressway was making motorists speed on that axis, which if not checked might result in road crashes, loss of lives and property.

8 Foods You Should Avoid Before Intimacy

7 Types Of Breakfast And Their Health benefits

Here Are 7 Things You Should Do, If You Experience Paresthesia Frequently