By ThatBokiGuy (self media writer) | 1 month ago 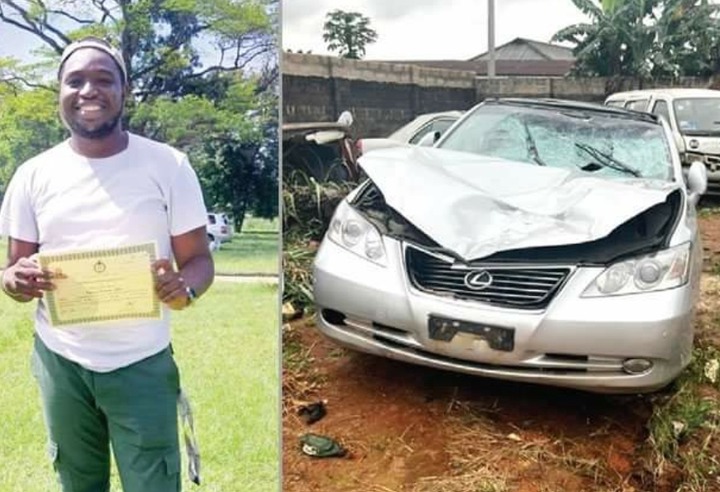 Jeffery Omoregie, a Petroleum Engineering graduate of the University of Benin, Edo state was crushed to death on Uselu-Lagos Expressway while trying to cross. According to PUNCH, the deceased was on his way to the bank to wait for his mother who wanted to make a withdrawal from her account. It was reported that she wanted to withdraw the money to aid Jeffery's plan to travel to Canada for his Master's degree program. Unfortunately, Jeffery lost his life after he was hit by a Lexus car while trying to cross the expressway. 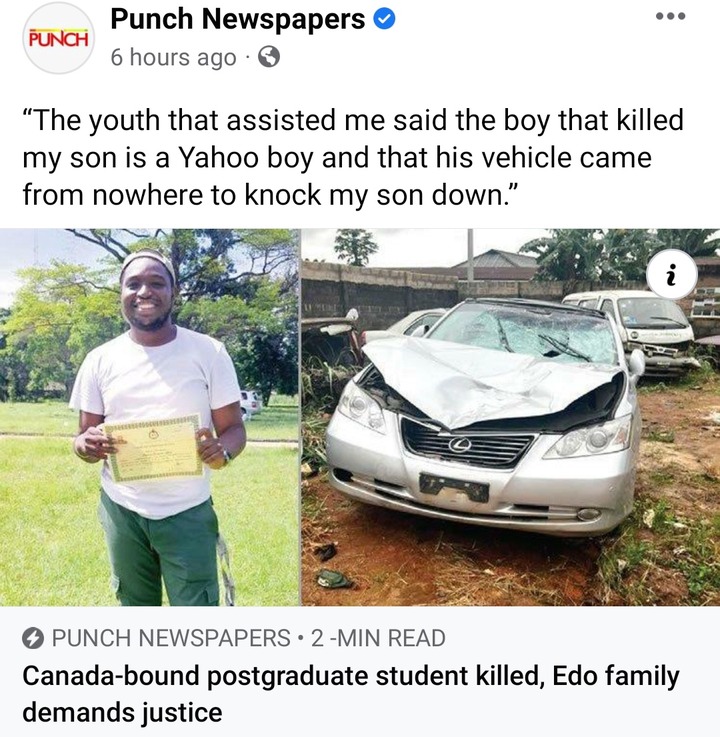 Jeffery's mother, who goes by the name fortune, narrated all that happened on that faithful day. According to her, she was on her way to the bank when she saw people gather around an accident victim. She then rushed to the scene and asked people to rush the victim to a hospital, however, when she got closer to see who the victim was, she discovered that the victim was her son, Jeffery.

She revealed that he was badly wounded, but still breathing at that time, and this made them rush him to the University of Benin Teaching Hospital where he was later pronounced dead. Fortune further revealed that her son was to travel to Canada on the 28th of August for his master's degree program.