By Divineword (self media writer) | 7 days ago

While some people may be strong enough to lift two gallons or a gallon of water, some people's strength is earning them a place in the book of world records. Take a look at 5 men who broke records after they successfully pulled heavy vehicles.

1. Man who pulled a plane with his ears 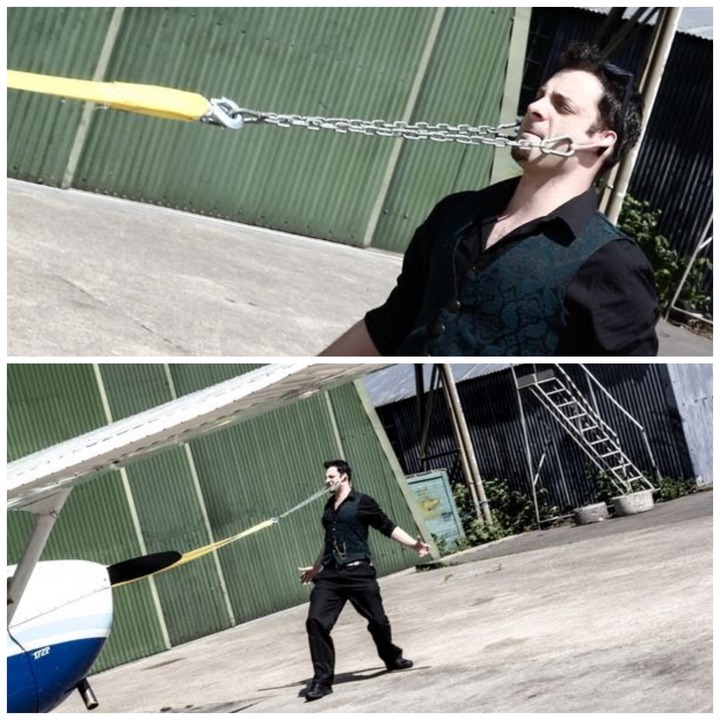 Johnny Strange who's also dubbed the man with ears of steel earned a place in the Guinness Book of World Records after he pulled a Cessna 172-P weighing 677.8kg for 20.8 meters using a chain hooked to his ears.

2. Man who pulled a plane and car with his eyelids

Dong Changsheng from China is famous for his super-strong eyelids, he successfully pulled a plane that weighs 560kg for 17 feet with a rope hooked to his eyelids. 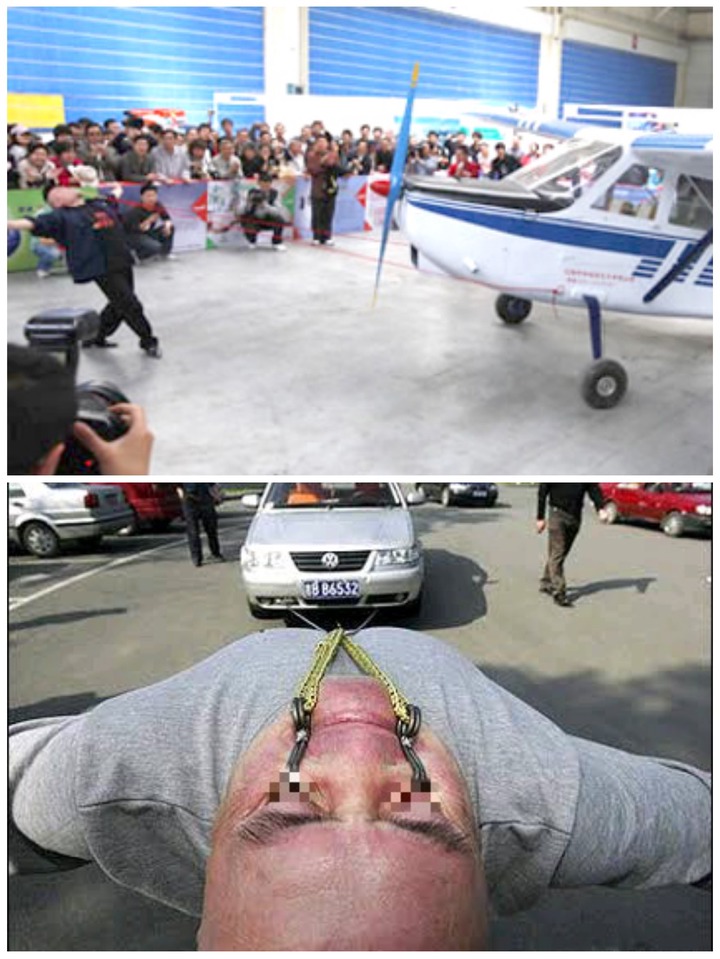 However, this isn't the first time he's performed such a feat as he once dragged a car that weighs 1500kg for 33 feet using his eyelids which earned him a place in the Guinness Book of World Records.

3. Man who pulled a plane with his teeth

Hungarian man, Zsolt Sinka became famous for pulling a plane that weighs 50 tons (50 thousand kilograms) with the aid of a rope which he grabbed with his teeth. 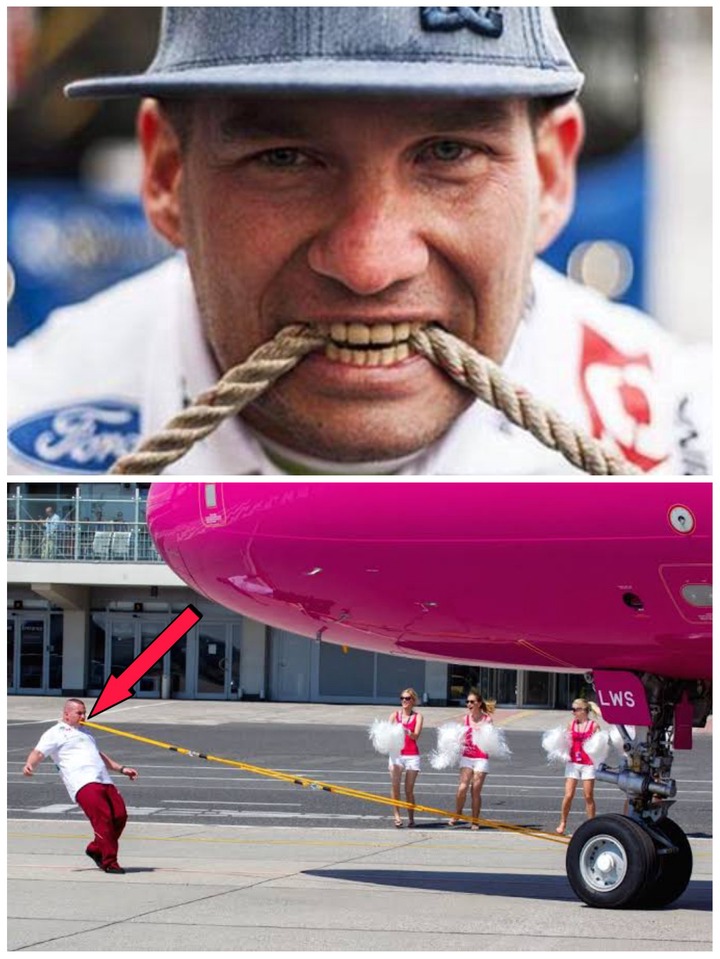 He successfully pulled the plane for 39 meters which earned a spot in the Guinness Book of World Records.

4. Strongest priest in the world 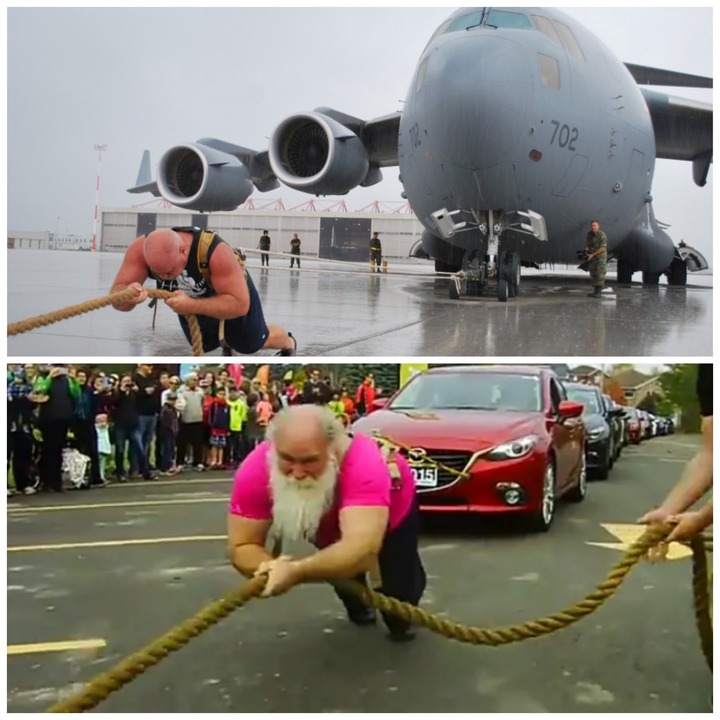 Kevin Fast is a famous pastor whose super-strength has earned him several world records, one of which was when he pulled a plane that weighs over 180 tons. Kevin is also known as the strongest priest in the world.

5. Man who pulled a car with his earrings

Gao Lin broke world records after he pulled a car that weighs 1,562 kilograms using earrings that were connected to his ears. 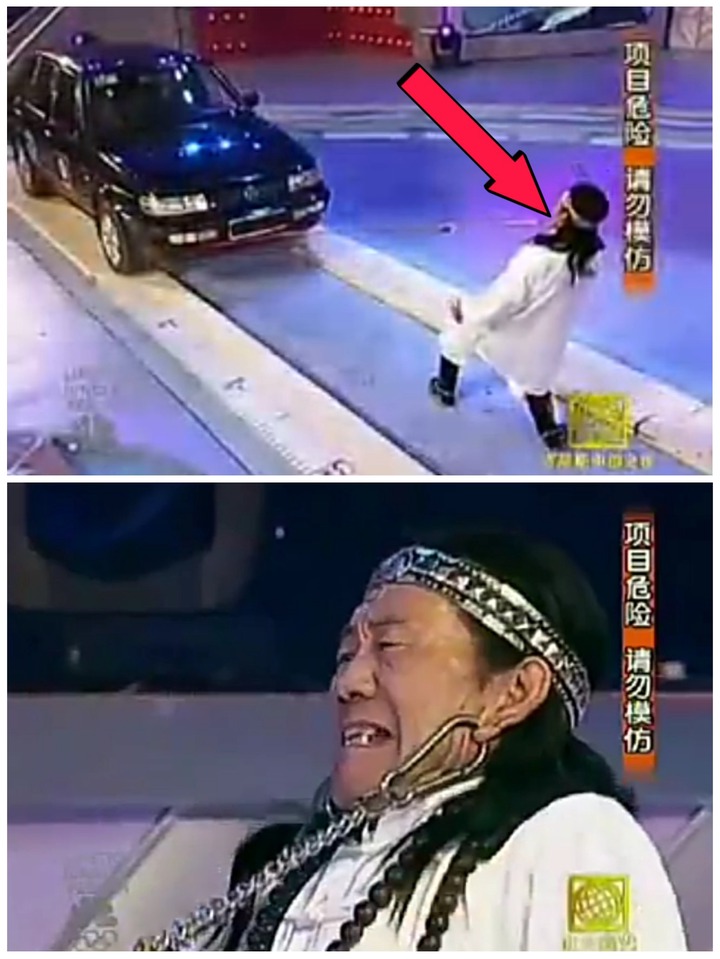 He successfully pulled the car for 10 meters and he's currently known as the man who pulled the heaviest vehicle using earrings.