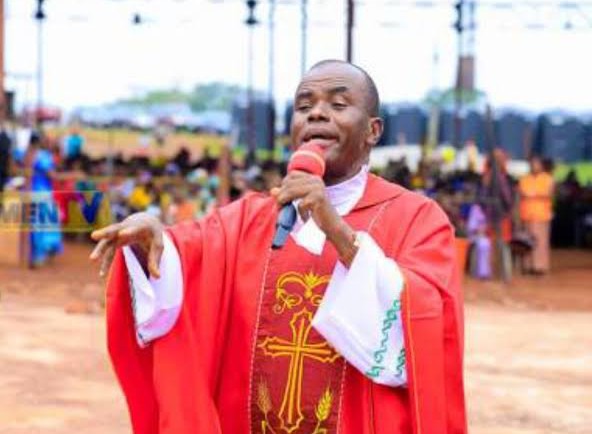 Father Ejike Mbaka has finally showed up to address the crowd hours after he was declared missing in which his disappearance has triggered tension and suspicions in Enugu state.

The incident has made his supporters to staged protest in the state, demanding for his release after they accused gunmen or DSS of been behind his disappearance.

However, a social media user on twitter identified as Ada-Eze shares a video of Father Mbaka addressing the crowd after he showed up. 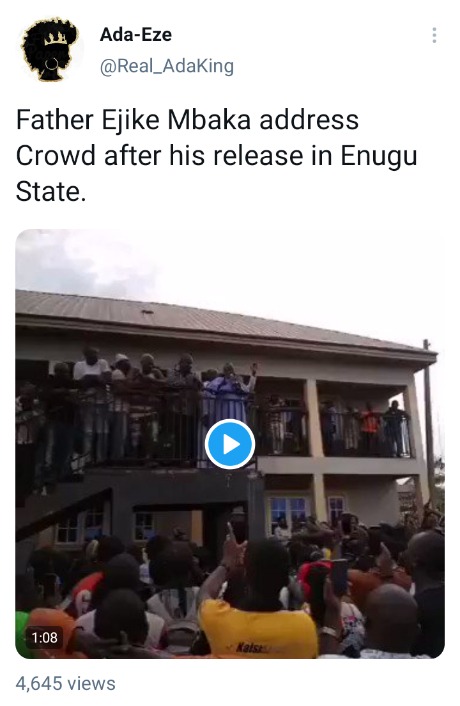 In the video, the cleric was seen addressing the crowd, thanking the protesters who staged a protest on his behalf after he was declared missing. He thanked them for the wonderful work they did. He said he don't know what would've happen if they didn't protest and nobody will stop him from doing the work of God.

According to the Cleric who speaks in native tongue while addressing the crowd said in the following that:

"I have not been around for some days. I don't know what i did. If not for the protest, it likely would have turned into something else. I thank you all. No one would stop me from doing the Lord's work." 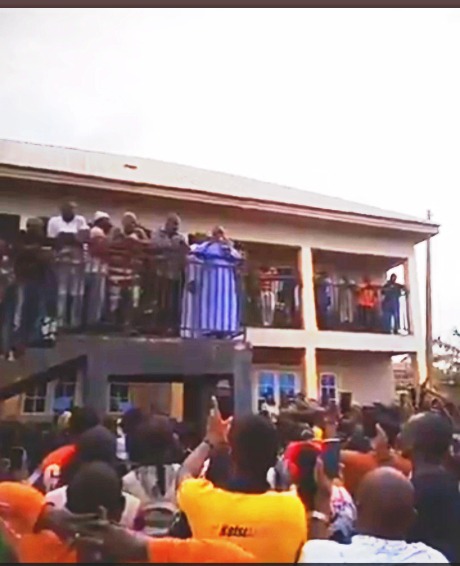 Watch the video by clicking the following link below:

What's your reaction about this? Drop your comment in the box below, and don't forget to click the follow button to get more latest updates on this handle.

"Don't Just Be Interested In Speaking In Tongues Alone, Pray For These Gift Too" - Pastor Kumuyi

Meet Nigerian Family Of Pilots, All Married To Pilots (See Their Photos)