A 21-year old man identified as Adekunke has revealed a reason why he partnered with a friend in the theft of a pastor's car in Gbongan, Ayedade local government area of Osun State. The suspect who insisted on stealing for the first time said he had been involved in the robbery operation because he needed money badly to buy some clothes for the just concluded Eid-Kabir celebration!

While disclosing how they robbed the man who happens to be a pastor of the Christ Apostolic Church in Gbongan, the suspect said the man of God had loosely closed his house's gate. This then made it easier to force their way in without many confrontations They stole 2 Android phones and a car belonging to the pastor.

After they had left the scene, they went to a restaurant to have some drinks before departing for the day. 2 days after, Adekunle and his friend were nabbed by the police at a place where they had wanted to sell the car. According to the investigation, police had tracked them through the stolen phone.

He only had a secondary school education, and when his parents couldn't afford higher education, he was asked to learn fashion designing. But, after graduation, he was unable to set up his own. This way why he was working under someone to get enough money.

Few days to Eid-Kabir, he needed money badly to buy some clothes for the day. Adekunle revealed that his master couldn't pay their wages. This was how the thoughts of stealing started gathering momentum in his mind, and it eventually actualized in collaboration with a friend he met in his master's shop! 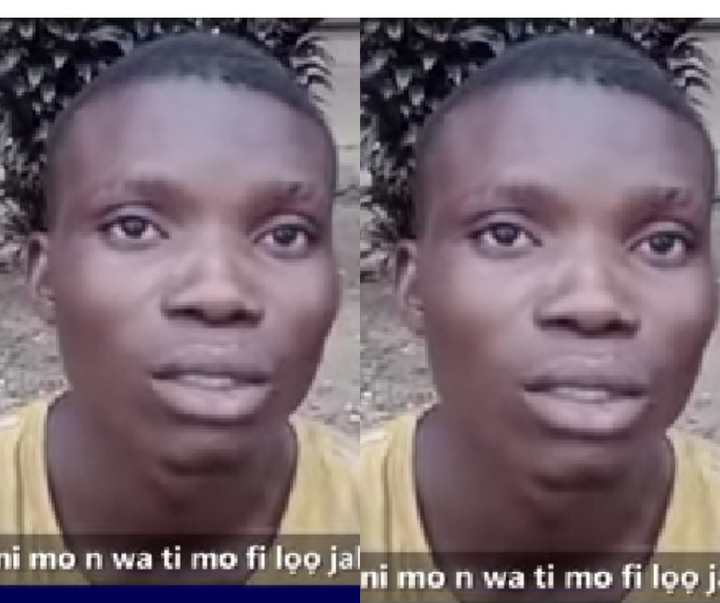 What is your reaction to this 21-year old man's confession?