I Lied That My Father Died, Because He Abandoned Me Since My Leg Was Amputated- Mary Daniel Reveals

By MagicFeet (self meida writer) | 8 days

The revelation of Mary Daniel Onu's true life story has been trending on social media for the past 24 hours. Mary Daniel Onu sold sachet water on the streets of Lagos and her luck shone when her photos were posted on social media. Many Nigerians donated millions of Naira to assist her and we saw a big transformation when she celebrated her 27th just last week. But many Nigerians have been left disappointed when it was revealed that she lied that her father was dead and her life story was cooked up. 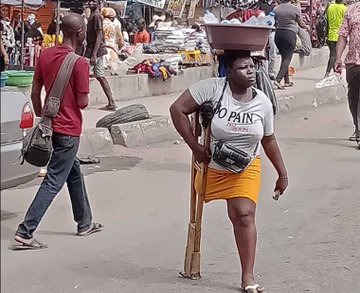 According to Vanguard Newspapers, Mary Daniel Onu has finally revealed why she initially lied about her father. She debunked claims that she was amputated from birth and revealed that she truly survived a ghastly motor accident, which took one of her leg. She revealed that since she lost her leg, her father abandoned her and is still absent till this moment. She further begged Nigerians for forgiveness and disclosed that she intends to open a supermarket in Lagos State. 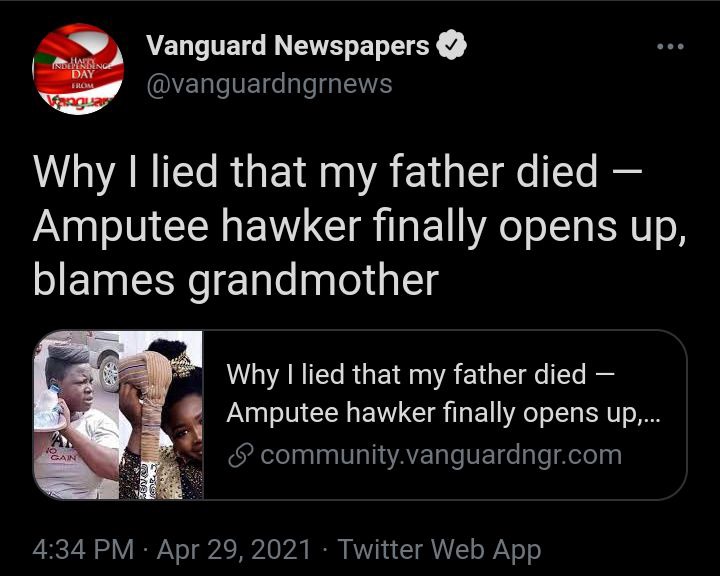 She revealed that her maternal grandmother has been making moves to collect the money that was donated to her and it was her who threatened to expose the whole truth, if she did not comply. Despite the fact that Mary Daniel Onu gave her N200, 000, the grandmother and her children has been pressuring her to give them money.

In an exclusive interview with Sahara Reporters, Mary Daniel Onu said "My father abandoned me since I was involved in this accident, there was no one to take care of me, nothing! That was why I said he is dead, but my mother is truly dead. I had an accident truly, I was not amputated from birth. It was my grandmother that called me that she does not have anything, that if I have, I should send it. I said let me give her small money, so she can use it to manage herself for now. 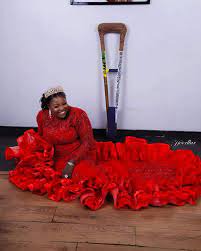 I wanted to send N100,000, I sent N200,000 instead. So she called me and asked why I sent such a meagre amount, that do I think she doesn't know what is going on, that how people will be contributing money for me and all I do, is to send N200,000. She said I'd rather send more money or she will expose me and I will go back to selling 'pure water' ".

What do you think should be done to Mary Daniel Onu?