Fatima Aliyu, beaten and burnt by co wife in Minna, See what happened

By Coollpraiz (self media writer) | 1 year ago

The problems of polygamy cannot be overemphasized as it can involve rifts and strives between the members of the family and Fatima Aliyu was a victim of such strive. 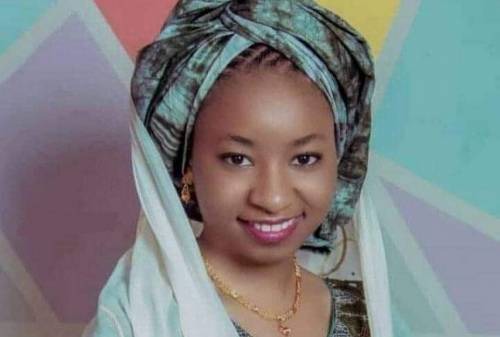 Fatima Aliyu was reportedly beaten and burnt to death by her husband’s first wife a few weeks after her wedding. Amina Aliyu, the first wife was said to have brutalized her co-wife before locking her in the house and setting it on fire.

According to a Daily Trust report, the incident happened on Tuesday in Minna the capital city of Niger State. The deceased Fatima, before her wedding, resided at Sabuwar Unguwa area in Katsina metropolis. A family source, who spoke on condition of undisclosed identity said the two wives were not living in the same house. He said they were not living in the same house but the first wife went to her house which is not far from hers and beat her up before locking her up in the room which she set on fire.

The Niger State Police command confirmed the case on Tuesday and the Police Public Relations Officer in the State, Wasiu Abiodun, said, “On Tuesday, one Bello Lawal of Gwari Motors, Bosso Road, Minna reported on behalf of one Alhaji Aliyu Abdullahi, 45 years old, of Mandela Road, Sauka Kahuta, that one Fati Aliyu, his second wife and of the same address was found lying dead in a pool of blood inside her parlour with part of her body burnt"

Content created and supplied by: Coollpraiz (via Opera News )