By Joestykz (self media writer) | 1 year ago 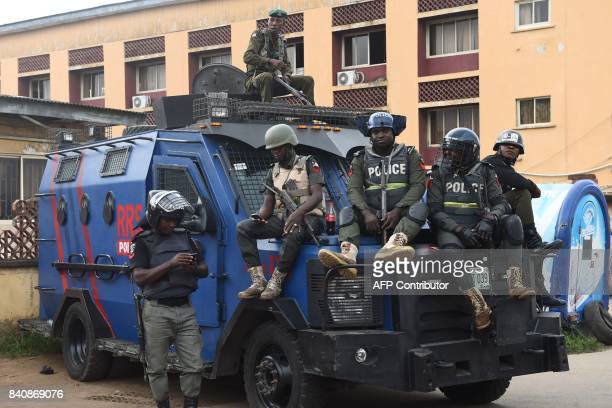 The rate of Insurgency in the country has really been a nightmare to Nigerians. It is now a daily news as we record series of attack by bandits, BokoHaram, unknown gunmen, killer Fulani herdsmen, etc. Innocent souls has be killed in these few months.

Report from PUNCH said, on Thursday night the Joint security operatives killed not less than eight gunmen after they repelled an attack on Orlu Divisional Police Headquarters in Imo state from the hoodlums.

The Seven vehicles the hoodlums came with for the attack operation were recovered by the joint security operatives.

The gun duel between gunmen and the security operatives lasted for hours, as the 34 artillery brigade, Obinze in owerri sent military to reinforce. The gun battle created an fear among the residence, as they scampered for safety. 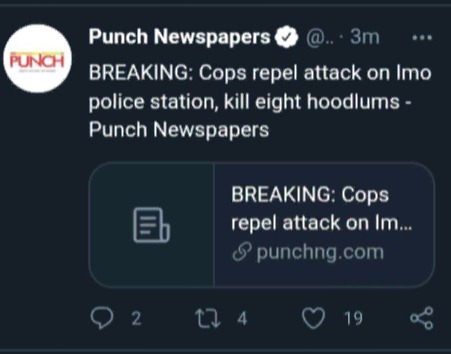 One of the resident who didn't disclose his identity said "we slept with our hearts in our hands last night". He also said, one of my cousins was hit by a stray bullet.

Reports from The PUNCH said the police divisional headquarters was not razed neither lost any security officer in the attack. Also reported that the corpses of the gunmen and their vehicles are under the custody of the state police command headquarters in Owerri.

I think President Buhari has started taking drastic measures to fight these terrorist like he said earlier, it's a good news to Nigerians.

What's your say about this?