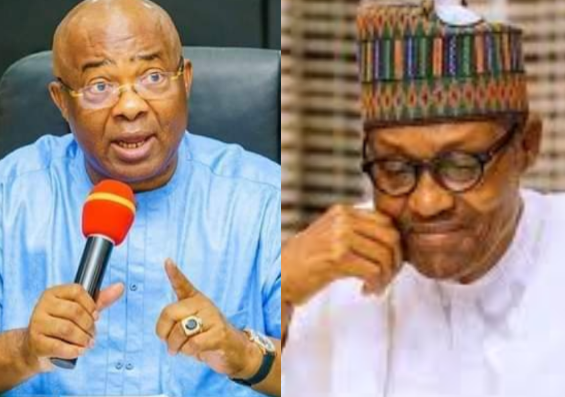 Imo state government has denied media report that Chioma Uzodinma, wife of Hope Uzodinma, governor of the state was kidnapped. 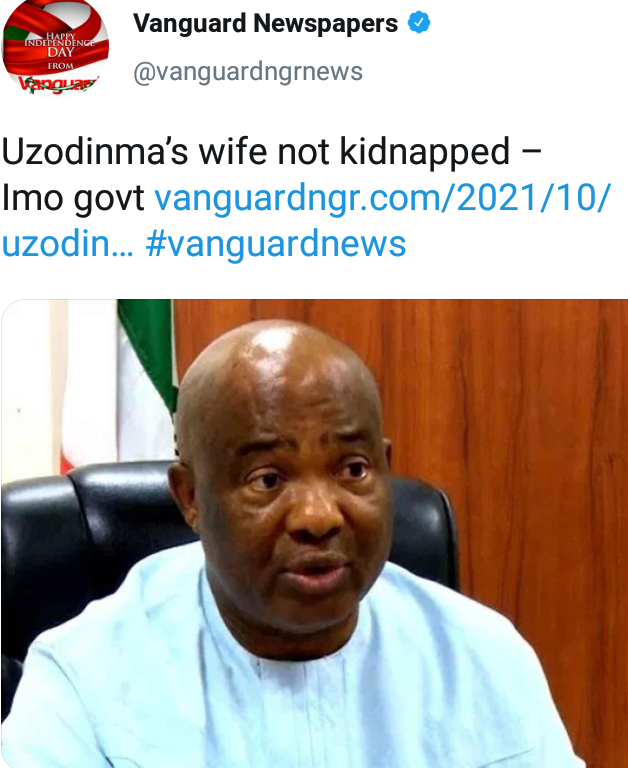 Rumor had it that Chioma was abducted on Monday, following the high rate of insecurity in the state.

Reacting, Commissioner for Information and Strategy, Declan Emelumba, denied the report, saying that the enemies of the state are the ones spreading the rumored kidnapped.

His words: “There is no truth in that. Those who are behind the rumour are wicked and are devil’s agents. They are the ones wishing the state bad.”

AFTER nearly two weeks of agonizing experience by commuters and motorists plying the Onitsha – Owerri federal road, the Federal Ministry of Works has finally fixed the collapsed portion. 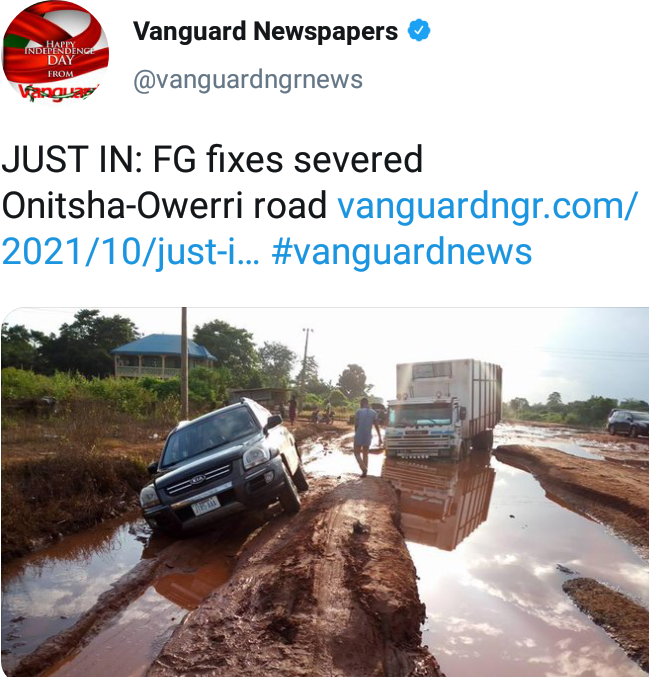 The Obosi end of the road was severed opposite the Metallurgical Training Institute, Onitsha due to the blockage of the flood channels in the area by some property owners.

The action weakened the federal highway, which collapsed and led to the submerging of several houses and motor parks in the area.

FIVE oil thieves have been convicted and sentenced to various terms of imprisonment in separate judgments by the Federal High Court sitting in Port Harcourt, Rivers State. 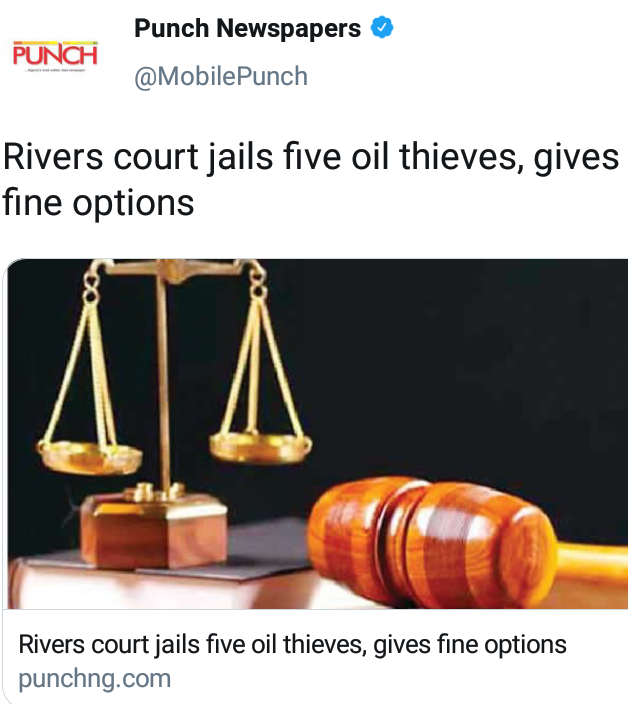 The Head of Media and Publicity, Economic and Financial Crimes Commission, Wilson Uwajaren, disclosed this in a statement on Sunday.

Uwajaren said the convicts’ journey to a custodial centre began when they were arrested by the anti-bunkering team of the 6 Division, Nigerian Army, Port Harcourt, Rivers State, for illegal dealing in petroleum products.

A burial prayer has been conducted for Muazu Magarya, the late father of the Speaker of Zamfara State House of Assembly, Nasiru Magarya. 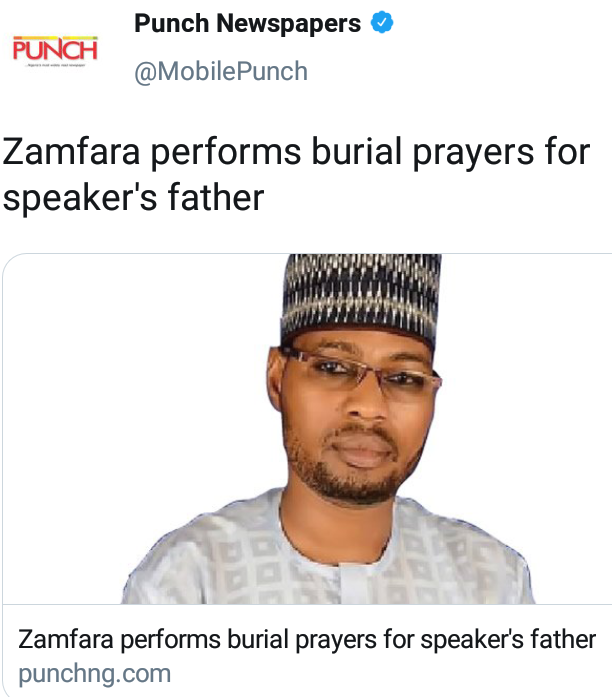 The burial prayer, which was led by Sheikh Ahmed Umar Kanoma on Monday, was done at the Speaker’s house at Gada-biyu Gusau, even though the corpse of the deceased was not recovered.

Briefing newsmen shortly after the burial prayer, the Commissioner of Religious Affairs, Sheikh Tukur Sani Jangebe, explained that a burial prayer could be performed for a Muslim who died and his remains were not seen.

He said, “A burial prayer called ‘Salatul ga,in’ is usually done to a Muslim who died and his dead body is not seen”.