By PostMaster (self meida writer) | 5 days

According to the report on Vanguard, the security team invaded his house yesterday at Umuneke-Nta in Isiala Mbano Local Council of Imo State, around 1.00am, but it was unfortunate that he was no where to be found.

Some claimed that Moputu disappeared immediate he sensed danger, earlier before the security team could get to his house.

Source gathered that there was tension in the Community as there was heavy sporadic shooting by the secure team when they stormed Moputu's house. 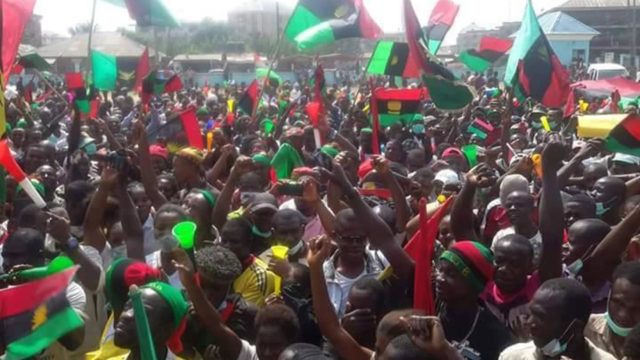 The security team later set ablaze, Moputu's house after they were unable to find him. The fire was said to destroy many properties in the house including a big generator, fridge, brand new motorcycle, and many others.

But it unfortunate that that most of these properties did not actually belong to Moputu, but his elder brother who only accommodated him and his family.

This is coming few weeks after the Commander of Eastern Security Network (Ikonso), was killed alongside his men by Nigerian joint security team, in Imo State.

The security team was said to have stormed the ESN headquarters in Imo state, where they engaged in a duel with Ikonso and his men, which later lead to the death of 6 ESN members including Ikonso; while 2 of them were arrested.

Since the killing of Ikonso, there seemed to be more security threats by the IPOB members in the State.

Then what would really be the fate Security in Imo State should the Moputu be hurt like Ikonso? I think this may really bring more tension.

This is why I always suggest that Nigerian Government should not use force in dealing with these IPOB members, because I think it will never resolve their agitation.

I think the best way to resolve this agitation is through a peaceful dialogue between the Government and the IPOB, to actually ascertain their grievances and get them addressed.

Please share your thoughts with us, about this issue?

The Origins Of The Ijaws In Delta State, Nigeria

After 28 Nigerians died in a boat mishap in Niger State, See what President Buhari said