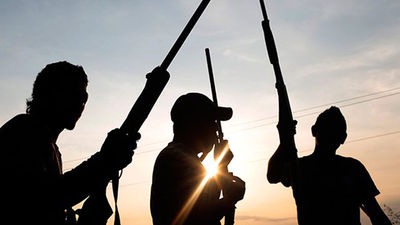 At Mkpatak, Essien Udim local government area of Akwa Ibom state, gunmen accused of being representatives of the Indigenous People of Biafra (IPOB) have allegedly killed two police officers and burned down a police station.

In a coordinated attack that occurred around 5 p.m. on Sunday, the hoodlums also allegedly killed twelve cows. A police station in the Abak LGA area was also reportedly targeted by the gunmen.

According to reports, the Mkpatak police station was set on fire, two officers were killed, and twelve cows were slaughtered in three different LGA locations.

The gunmen also attacked a police post known as Miles 10 and burned a Volvo patrol vehicle, according to a resident of Abak local government area who spoke on the condition of anonymity for fear of being identified.

Amid the State government's state - wide ban on all motorbikes from 10 p.m. to 6 a.m., the intensity of attacks on police platforms, as well as the spread and killing of officers, has increased recently.

Odiko Macdon, who acknowledged the attacks, said he had not yet received an official report but that the command had requested a clarification, which would be made public as early as it was available.

Content created and supplied by: Legendarry3310 (via Opera News )