By Eaglemedia (self media writer) | 1 year ago 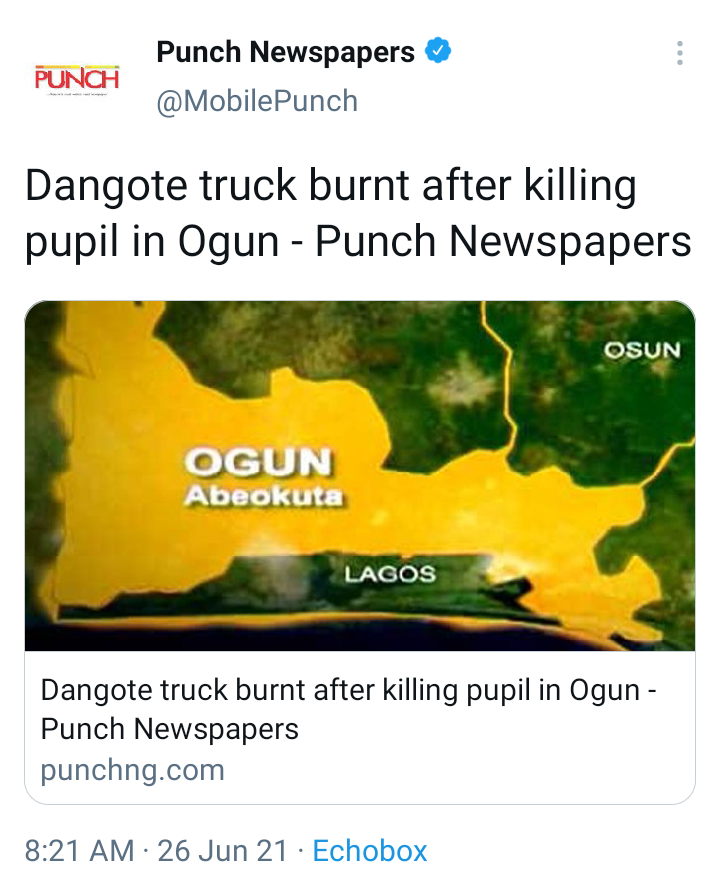 Commotion broke out in Ilaro Yewa-South Local Government Area of Ogun State as an irate mob set on fire a truck filled with cement belonging to the Dangote Cement Company after killing a student.

This report was confirmed by the Spokesperson of the Traffic Compliance and Enforcement Corps, Babatunde Akinbiyi

Akinbiyi stated that the angry mob also destroyed the truck of the fire service which got to the scene to extinguish the fire.

He said the development happened on Friday after secondary school pupils closed from school. The incident was attributed to loss of control of the truck. 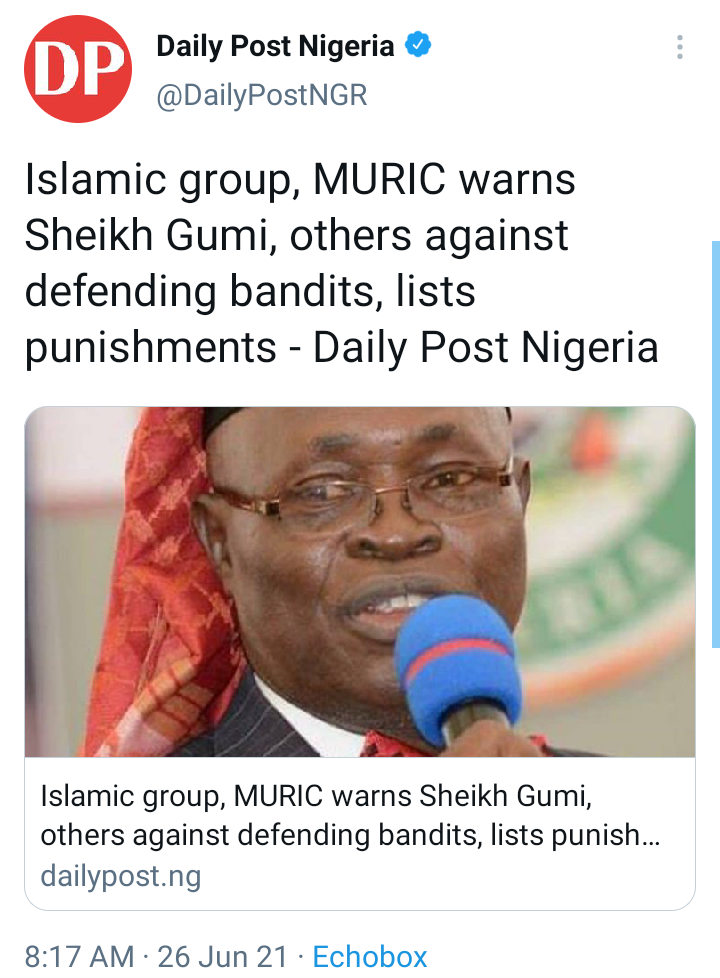 The Muslim Rights Concern (MURIC), has advised Sheikh Gumi and others against understating the crimes carried out by bandits and herdsmen.

The Islamic group said the penalty for bandits includes cutting off their legs and hands, execution, or sending them into exile.

Recall the Islamic cleric, Sheikh Gumi has been defending the bandits claiming they only Kidnap for money that they should be given amnesty. 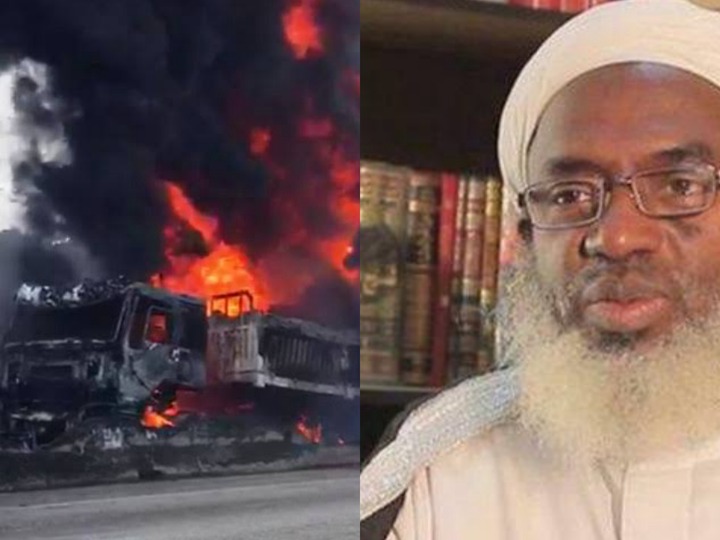 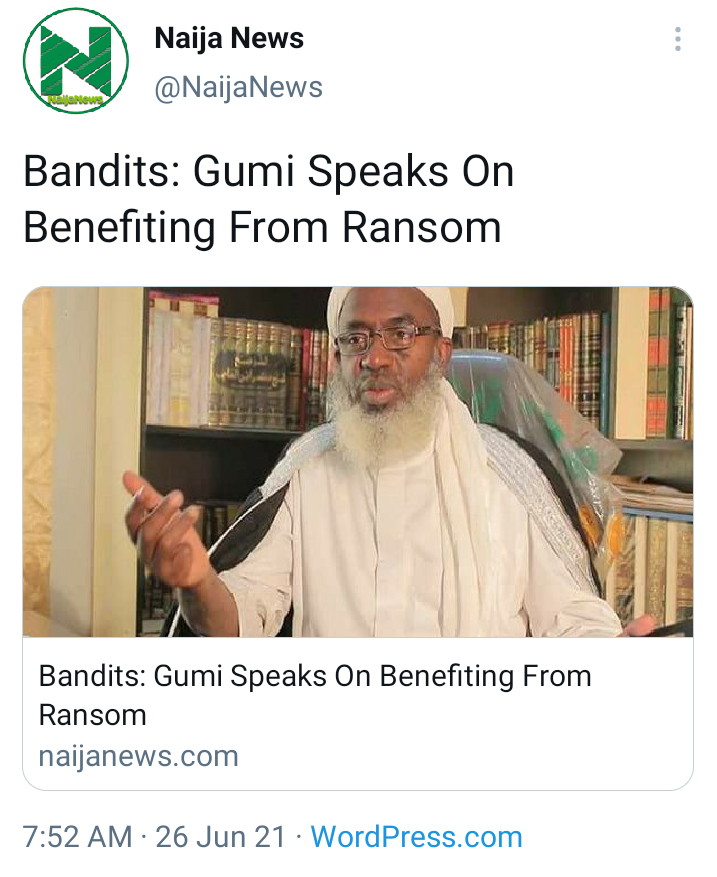 Islamic cleric, Sheikh Gumi, on Friday dismissed the news that he profits from the earnings from banditry.

Gumi in an interview with Daily Post, said the claim is baseless, as he would never think of doing it. He said his loyalty is to the Nigerian Government and security agencies.

Recall Gumi asked the government to give amnesty to armed bandits the way it did to the Niger Deltan militants. He said that Bandits only Kidnap for money why IPOB kill security personnel in the south-east. This made people to believe that the cleric benefits from the proceeds of the kidnapping.

Reacting to the claims, Gumi said his religion forbids him from partaking in such proceeds. 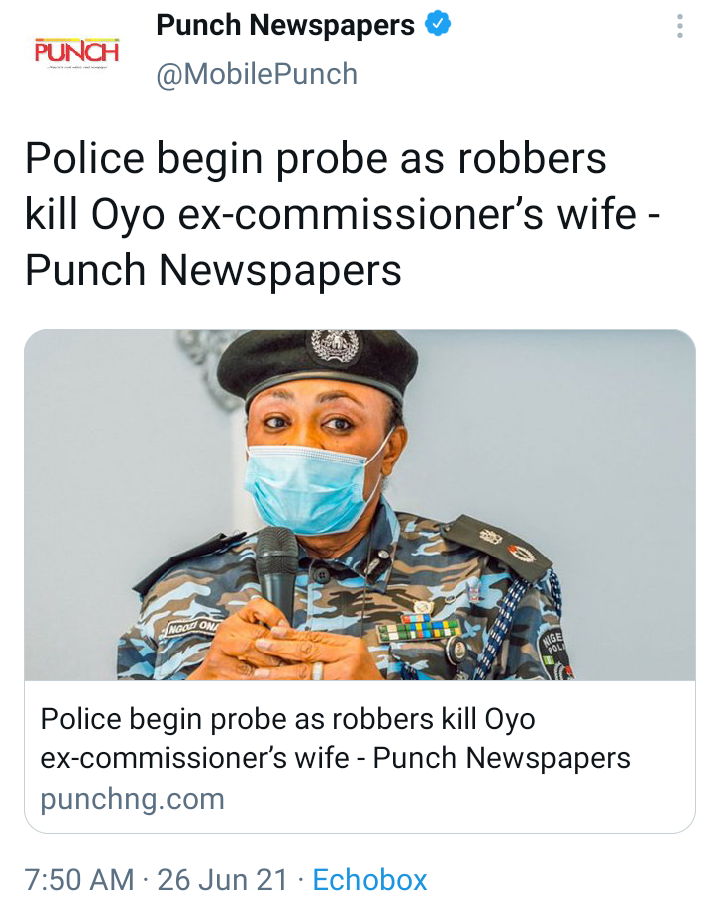 Reports have it that suspected armed robbers have killed Mrs. Olayemi Oderomi, the spouse of a former Commissioner of Local Government and Chieftaincy Affairs in Oyo State, Peter Oderomi.

It was said that the 66-year-old woman was shot dead at her residence in Ibadan.

While some alleged that Mrs. Oderomi was killed by robbers, others have the opinion that she was assassinated.