Video: What Black Man Accused Of Stealing A White Man's Grocery Did To Prove His Innocence

By PDOLLSWORLD (self meida writer) | 19 days

Kindness has no colour or race, but lives in humanity. Most often than none, we tend to judge things based on the surface, without going deeper to find out what exactly is really the truth. Many people are languishing in prison today, simply because they were accused wrongly of doing something, which isn't really true but because often time people no longer believe or trust what a fellow human being is saying or has said. 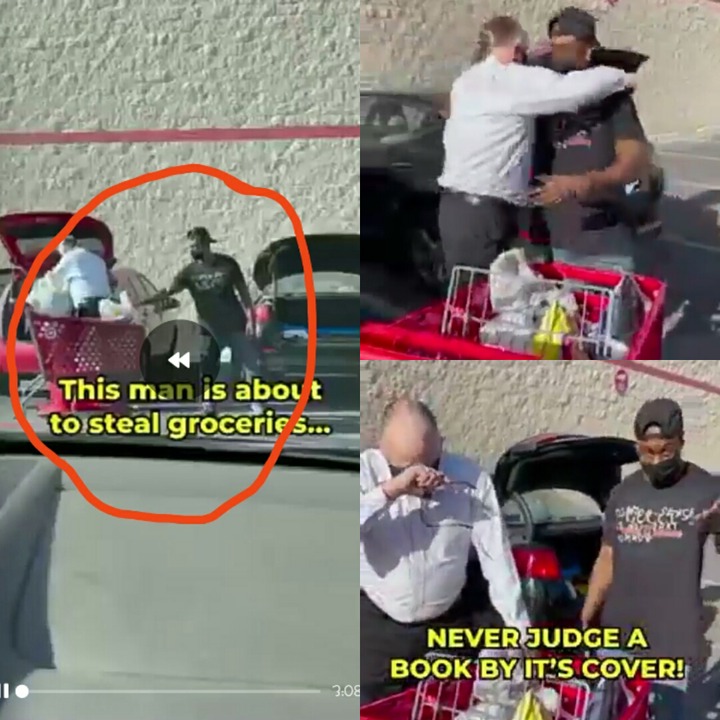 We rush too quickly to judge people and that's why many people are languishing in jail, some people stayed in prison for years before granted fair hearing and at the end they're found to be innocent of what they were accused of, but had paid heavily and their lives wasted due to their being incarcerated for years. 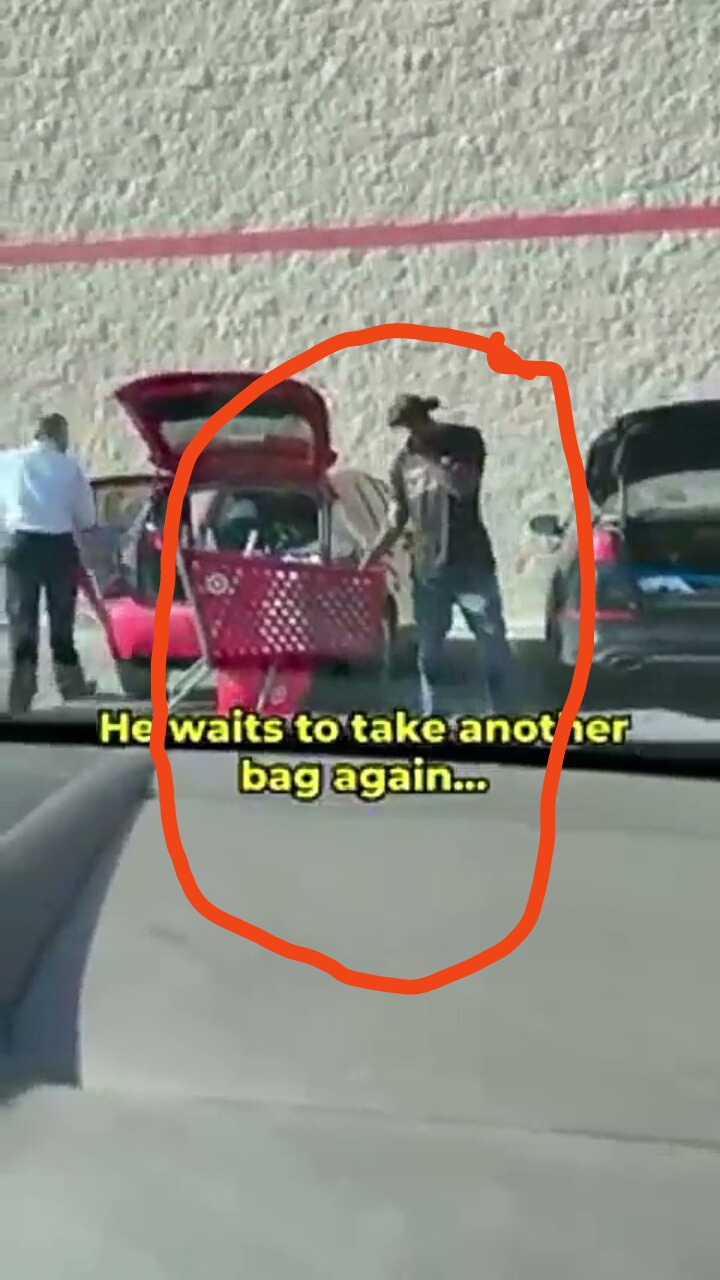 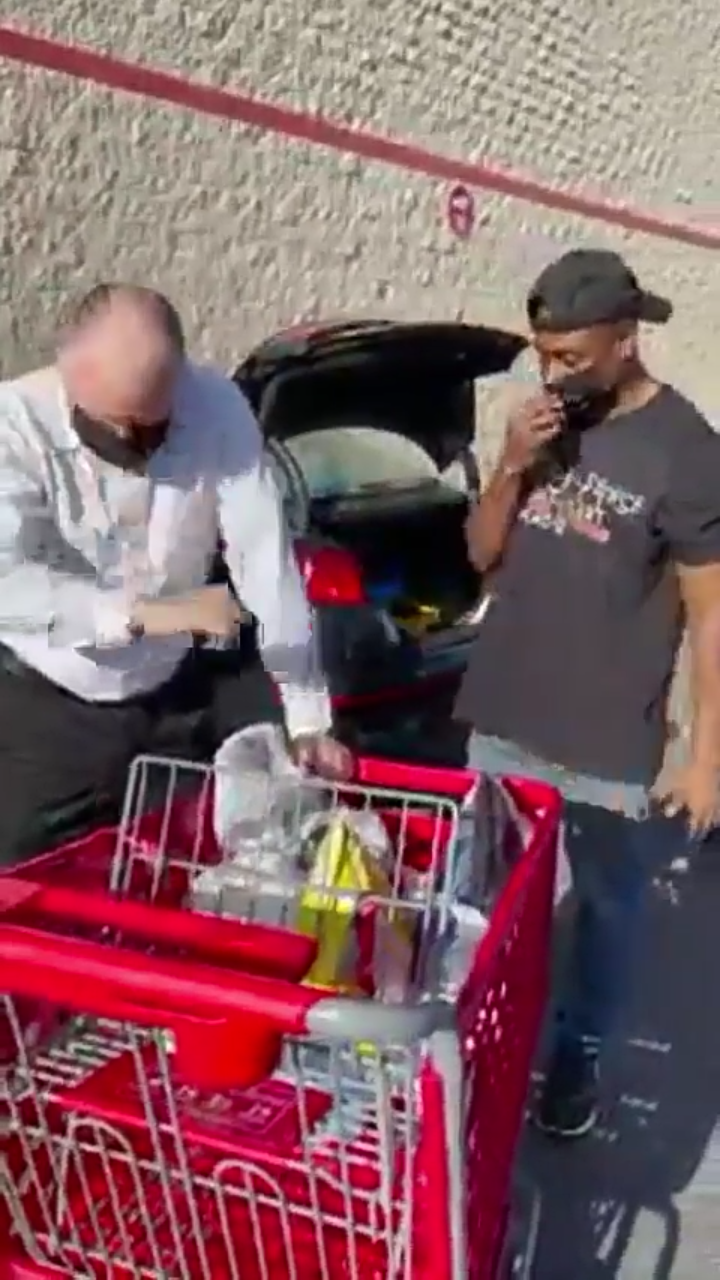 In a trending video I came across today April 23,2021 is that of a black man and a white man, captured on camera standing by the trunk of their vehicles and offloading their bought groceries into the trunk, but some people in another car directly opposite them, were busy filming the both of them and caught the black man on camera, lifting off the white man's groceries from his trolley without his knowledge, whenever he turns to his trunk to drop off what he bought. 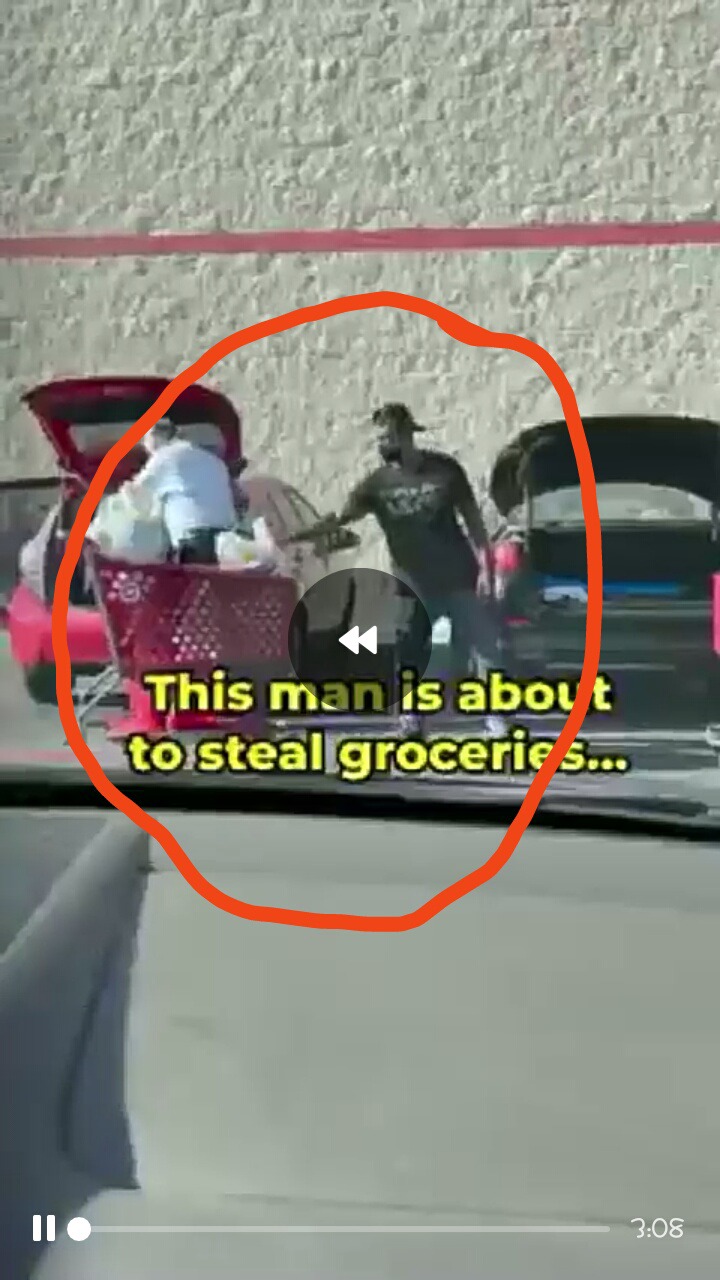 The white after going to drop off some the items by the back seat and coming back to the trolley, I realized some of the things he bought were missing, he looked ahead and saw them in the trunk of the black man and questioned him, on why he stole all he bought with his hard earned money. The black tried explaining what he had done, by saying he didn't steal it but the man wouldn't have any of that, the people who were filming the whole time, quickly alighted from their car and approached them, accusing the black man of steal as they alleged they saw him and that he also exchanged the stolen groceries from the white man with something else. But the black kept insisting that he has not stolen anything. He further told the man that he's a friend of his son and his son had shared with him and a group of their friends how they have been struggling at home. So, him and the other guys agreed to come up with a way of reaching out, to the man and his son. So, they came up with this plan of giving them money without making it look embarrassing. He then asked the man to open the nylon to see what is in it and when he did, he was surprised what he saw. The white burst in tears and gave the black man a hug. The black thank the people who filmed him, for showing concern and they went their ways. Was the white patient enough? If this was to be in Africa, would it have been handled this way?