Yar'Adua Denies Involvement after Crushing 4 People to Death, Including a 2 Year Old Child.

By Penason (self media writer) | 5 months ago

Mr Aminu Yar'Adua, son of the late former President of Nigeria, Umaru Musa Yar'Adua, has been involved in an auto crash that caused the death of 4 people, injuring 2 others. DAILY POST reported that a 2 year old child, Suleiman Abubakar, was among the 4 victims who have passed on in the accident. The suspect, Mr Aminu Yar'Adua was arrested by the police and charged to Court on June 23rd, 2021. He denied committing the alleged crime after the First Information Report (FIR) was read to him in the court. It could interest one to ask, how would a car hit and kill a victim, but the driver denied involvement? Well, let's take a closer look at what led to the unfortunate incident. 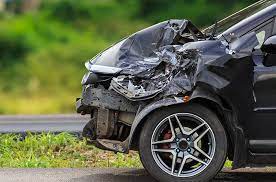 Mr Aminu Yar'Adua was the driver of the car that crushed 6 people. He was arrested by the police, charged on reckless driving and arraigned at a Magistrate Court in Yola, Adamawa State. Yar'Adua is a young man of 36 years old and student of American University of Nigeria(AUN) Yola. According to the FIR tendered to the court by Inspector Zakka Musa, Aminu Musa Yar'Adua drove "along Yola bye-pass on 23rd June, 2021, and crushed 6 persons as a result of over speeding." All the victims of this accident hailed from Sabon Pegi, Yola South Local Government Area of the state. 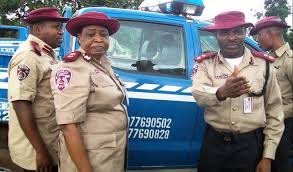 The prosecutor, Insp Zakka Musa, told the court that the relatives of late Jummai Abubakar, Suleiman Abubakar and Aisha Umar had demanded the sum of N15million from Aminu Yar'Adua as compensation. However, Yar'Adua has denied committing the offence. He described the allegation as a false. Following the denial, the prosecuting officer asked the court to adjourn the matter so as to enable him duplicate the case file and forward to the Department of Public Prosecution(DPP) for legal advice. The Magistrate, Jummai Ibrahim, granted his request, and the matter adjourned to August 19th, 2021 for further hearing. Meanwhile, on Thursday August 5th, 2021, Aminu Yar'Adua , son of the former President of Nigeria, has been remanded in prison custody. 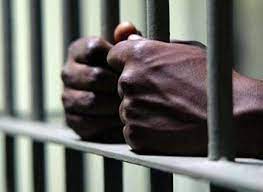 It is important to note that, road accidents have caused so much deaths in Nigeria. A report from the National Bureau of Statistics(NBS) has it that in 2019, the number of lives lost by auto crashes in the country was 5,483. Also according to the report from Federal Road Safety Commission(FRSC), between January and March 2020, there were 1,758 deaths. From April to June 2020, there were 855 deaths. And from July to September 2020, 1,076 deaths were recorded. The VANGUARD on Saturday February 28, 2021, stated that no fewer than 1,229 deaths occurred between October and December 2020 as a result of auto crashes. This put the number of death caused by car accidents in 2020 at 4,918.

Dangerous diving and over speeding can kill. Nigerian road users have always been reminded by the Federal Road Safety Commission(FRSC) to drive carefully so as not to endanger the lives of the passersby and those on board. Over speeding and dangerous driving can be caused by drunk driving, influence of alcohol and drugs, carelessness in the part of the driver and impatience. Therefore, it is important to drive carefully so as to safe lives. Once a driver is charged with dangerous driving that have caused the death of another person(s), just like the case of Mr Aminu Yar'Adua, it is expected that justice prevails in order to serve as a deterrent to others.