By thetrailblazer2204 (self meida writer) | 1 months 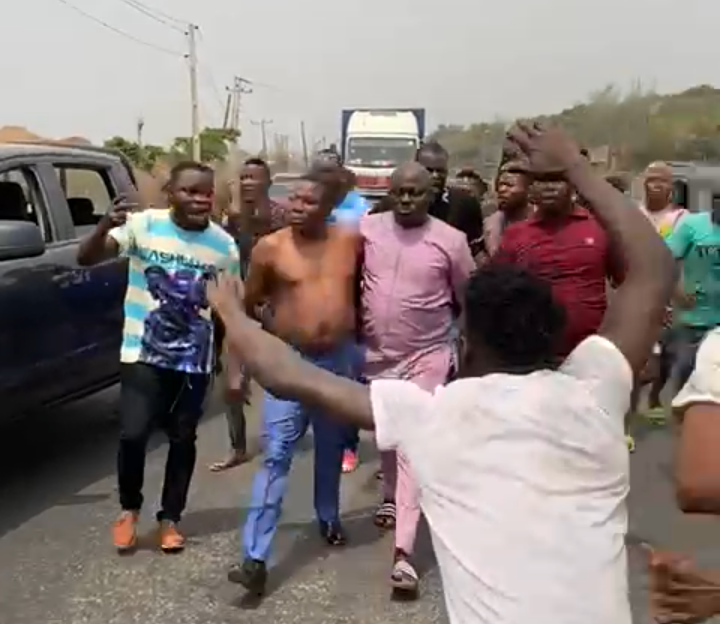 Men of Department of State Security (DSS) have allegedly attempted to arrest Chief Sunday Adeyemo who is popularly known as Sunday Igboho in Ibadan, the capital of Oyo State.

Armed DSS was said to have intercept him, Sunday Igboho, at Guru Maraj’s area in Ibadan on Friday, February 26 while he was going to a point of unknown meeting in the state capital.

Sunday Igboho, while speaking with the newsmen lamented that; he was disappointed that he was not committing any offence for the attacked by men of DSS whom on instruction of unknown authority attempted to prevent him to move around in Ibadan and beyond.

He said; despite their effrontery to stop him, he had managed to have his way to point of his scheduled meeting.

The question of why the arrest on him was initiated have been flying around and that what has government do on the hundreds atrocities been committed by the criminals hidden under the Fulani herdsmen.

Video: Sunday Igboho after freeing himself from DSS arrest attempt.

Wherever You Are This Saturday Morning, Declare these powerful prayer points

Take A Minute To Recite This Powerful Prayer Against The Enemy

Funny Pictures On Relationship That Will Make You Laugh

Photos: See how soldiers get punished by their superiors in Nigeria and around the world

Meet Joseph Who Was Sentenced For Murder, Found Love And Got Married Inside Prison