By BalogunofGod (self media writer) | 10 months ago

The family of Alhaji Uba Boris, the kidnapped All Progressives Congress (APC) chairman in Bauchi State, has expressed great anxiety about his whereabouts 12 weeks after his kidnapping, claiming that his lengthy absence has negatively damaged them. 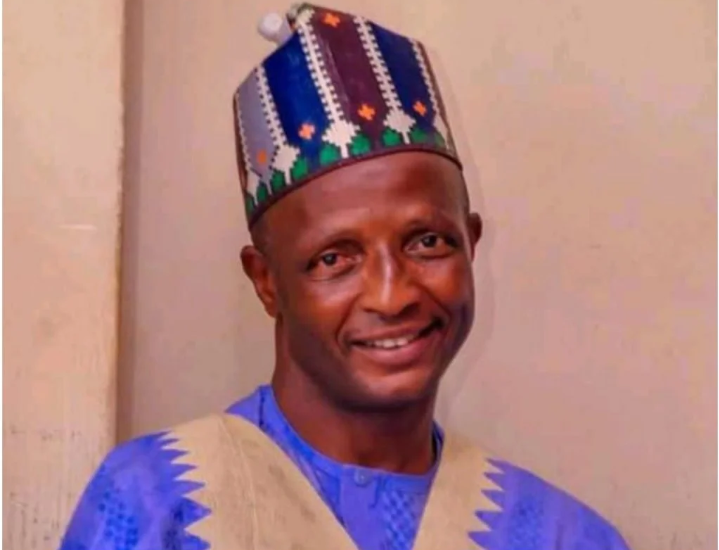 Boris, a former Senior Special Adviser (SSA) on Youth Mobilization and Director of the Yuguda Vocational Center under former governor Isa Yuguda, was kidnapped in Bauchi on July 7, 2021.

The politician was said to have been kidnapped by his assailants at around 8 p.m. at the CBN roundabout on the Murtala Muhammed way in Bauchi metropolis, despite conflicting narratives about how he was kidnapped.

Boris' senior wife, Sa'adatu, told journalists that the family had not heard from his kidnappers since their breadwinner was stolen.

This, she added, caused members of the family to be terrified, adding that they never understood the motivation or who was behind the kidnapping, which her husband claimed had caused them immense suffering.

She said they have tried everything they could to locate her husband, but they were unable. She also added that they went to the Bauchi State Commissioner of Police, who told them that the police were still investigating the issue and that the command would contact them if they had any information on him.

According to her, there was an attempt on her husband's life two weeks before his kidnapping by unknown persons, and Boris reported the event to the police at the time, but nothing was done about it.

“Before his kidnapping, a female leader gathered a group of women and insisted that he (Boris) see them, but he initially declined because the political activity had not yet begun.

It was reported that Boris asked the woman to take them to his workplace, but she insisted on meeting him at her home in 1000 Housing Estate, and he eventually consented to follow her.

“They were ambushed by two tinted automobiles on their way to the residence, and he narrowly escaped them. He filed a report with the State CID. I recall him not suspecting the woman of arranging the attack or any other plot against him when he told us about it.

“We didn't think the incident was serious because we thought it was political opponents trying to intimidate him,” the politician's wife explained. “But two weeks later, he was kidnapped,” she added.

She said that her husband's protracted absence had instilled anxiety and sadness in the entire family, relatives, and supporters.

“We are living in palpable terror and pain in this house since he has 17 children and three wives who are awaiting unknown misery. We're sleeping with one eye open since we're sons.

Daily Post finally reported that attempts to reach the state police command for comment were fruitless since calls to SP Ahmed Mohammed Wakil, the command's Police Public Officer (PPRO), were not answered. 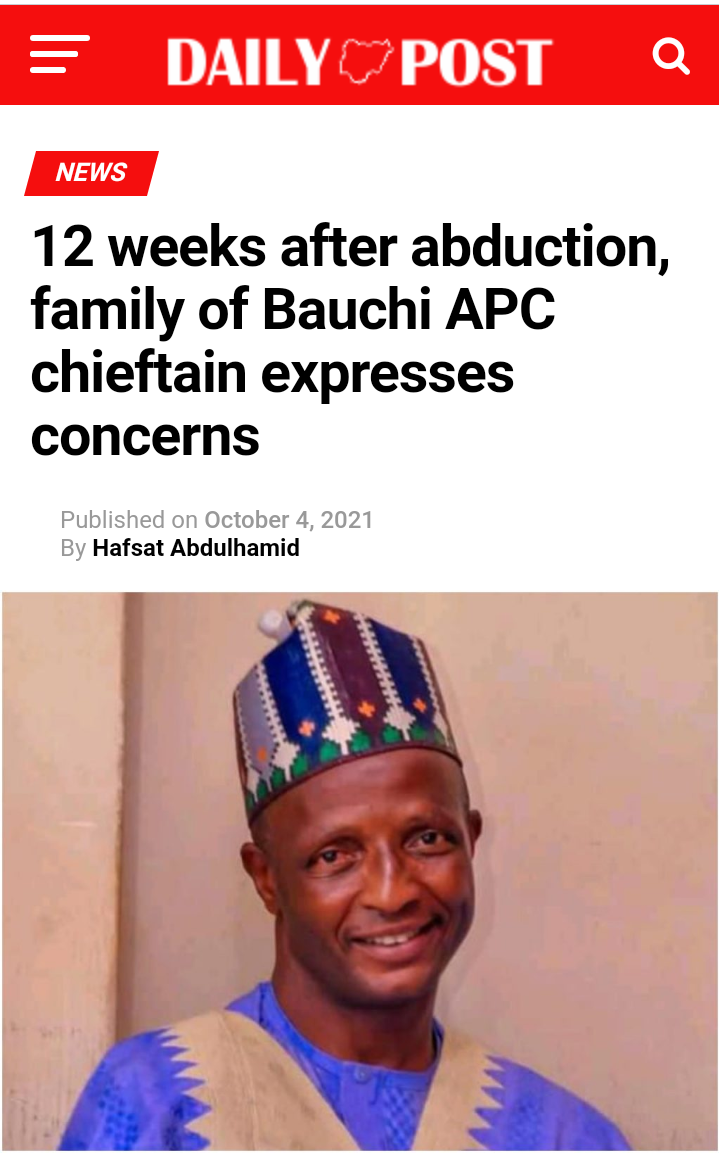 Content created and supplied by: BalogunofGod (via Opera News )