By Ababu_i (self media writer) | 5 months ago 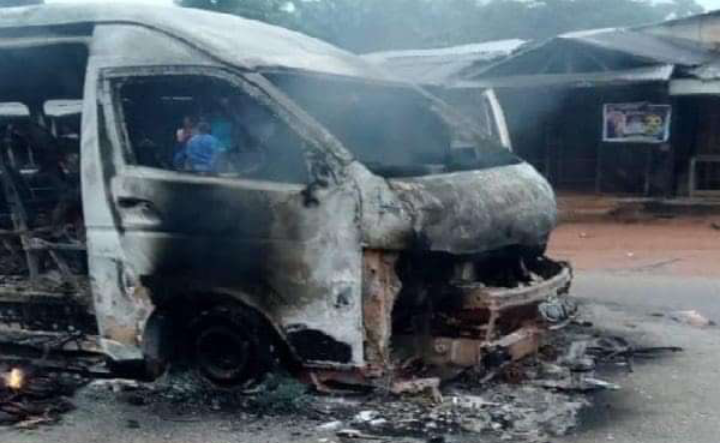 Commercial activity were reportedly halted in most parts of the state as citizens complied with the directive for their own protection.

According to the Daily Trust, students were unable to take the National Exams Council (NECO) examination because schools were closed.

According to reports, the victim was on one of three buses set on fire by a mob.

Two of the cars, Hummer Buses from the Libra transport firm, were on their way from Umuahia, the capital of Abia State.

They allegedly shot at the tyres, forcing the vehicle to come to a halt.

The bus passengers scurried to safety, while one of the drivers was wounded in the hip, according to reports.

The passengers were unable to flee before the bus caught fire.

There was also heavy gunfire near Banana intersection on the Orlu-Owerri Road, with gunmen engaging security agents in a shoot-out.