By Thengblog (self media writer) | 7 months ago 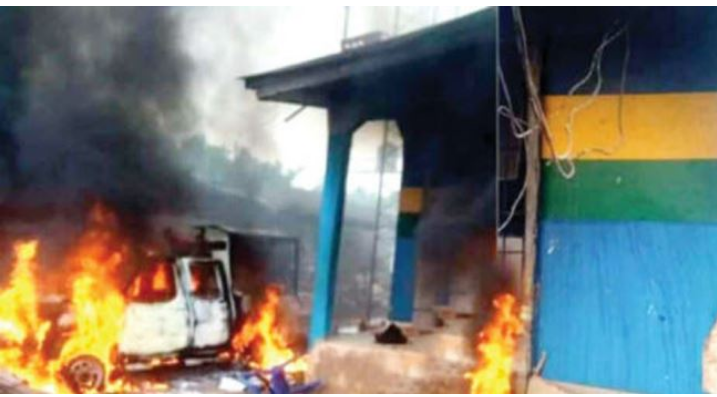 Gunmen have attacked a police station in Ohaukwu Local Government Area of Ebonyi State, setting all those detained at the station free.

Daily Trust gathered that the attack happened in the wee hours of the day. 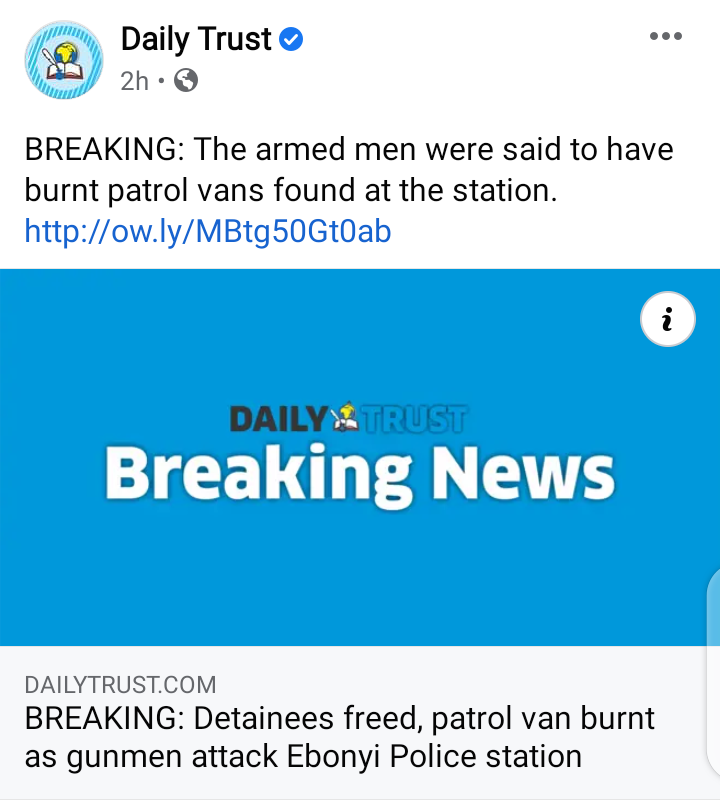 Loveth Odah, Police Public Relations Officer in Ebonyi, confirmed the attack but did not go into details.

The armed men were said to have burnt patrol vans found at the station.

Security operatives have been affected in a campaign of violence suspected militants of the outlawed Indigenous People of Biafra (IPOB) launched in the South East region.

Gunmen in northwest Nigeria attacked a village market in the state of Sokoto, killing more than 30 people, the provincial government said Monday. 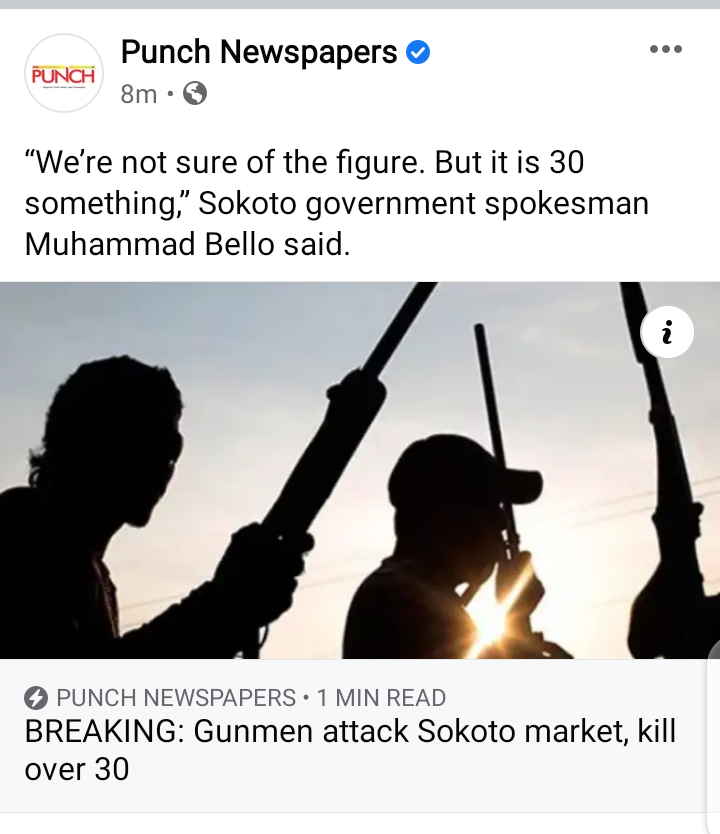 “We’re not sure of the figure. But it is 30 something,” Sokoto government spokesman Muhammad Bello said, adding the attack in Goronyo district took place on Sunday evening.

The group, No Alternative to Buhari and Osinbajo 2019, have condemned the anti-open grazing law governors from the 17 southern states plan to enact in their jurisdictions. 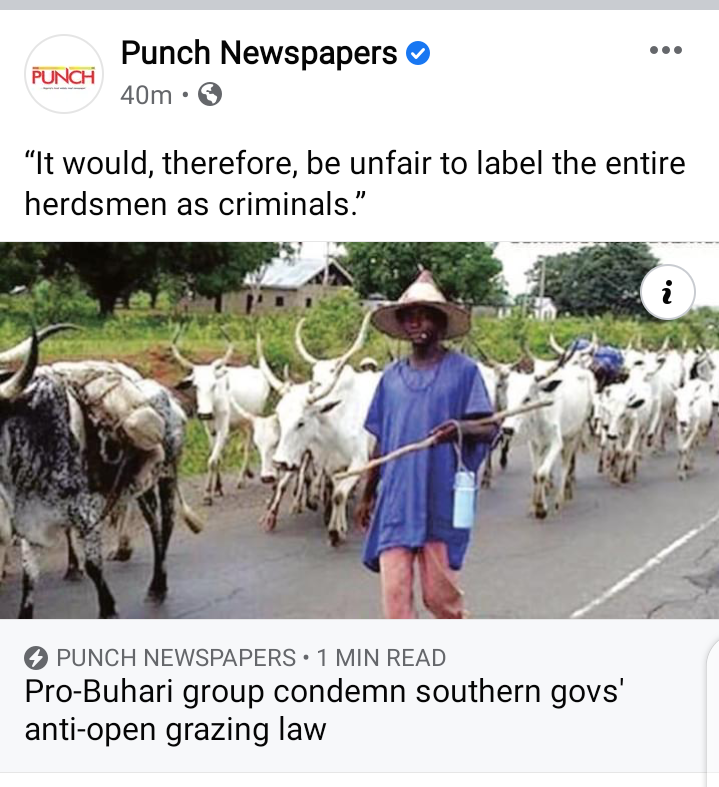 This was contained in a statement in Abuja signed by its National Coordinator, Vincent Uba, describing the ban as an unfair criminality label on legitimate businessmen, stating that the herdsmen targeted in the law were not known to carry arms.

The statement also said that reports linking herdsmen to criminality were unsubstantiated.

He said, “Granted that there could be some bad eggs or criminals within herders who perpetrate these crimes, it is pertinent to note that criminal tendencies equally obtain in other professions or occupations.

A member of the House of Representatives, Hon. Femi Bamisile has assured that the All Progressives Congress, APC, will break the continuity jinx in the June 18, 2022 governorship election in Ekiti State. 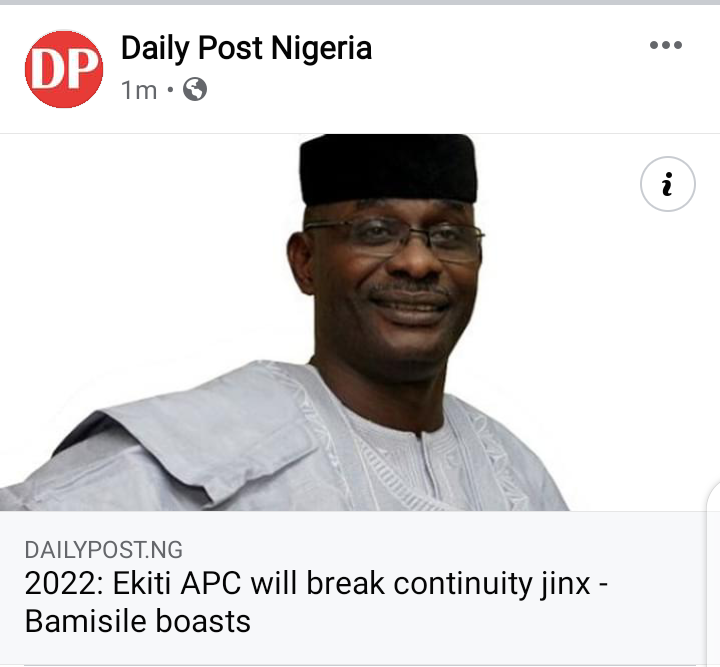 To actualise continuity in Ekiti, Bamisile, an APC chieftain, said the party will guard against mistakes that led to the loss the party suffered in the 2014 poll when Governor Kayode Fayemi lost reelection to former Governor Ayodele Fayose of the People’s Democratic Party, PDP.

The lawmaker, who is superintending over the committee on Federal Road Maintenance Agency (FERMA) in the Lower Chamber of the National Assembly, dispelled the widespread rumour that FERMA is about to be scrapped, saying it would rather be restructured to be able to deliver dividends to Nigerians.