The story of Jolly Jane, the serial killer nurse 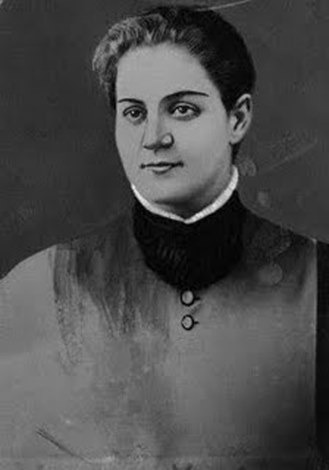 Jolly Jane Toppan killed at least 31 people between 1880 and 1901, but the doctors who hired her thought she was one of their best nurses.

Jane Toppan couldn’t resist that excitement, and admitted she aspired “to have killed more people — helpless people — than any other man or woman who ever lived.”

She was born Honora Kelley around 1857 in Boston, the youngest of four girls in a poor Irish immigrant family. Her mother died of tuberculosis when she was a year old.Her father, Peter Kelley, a tailor, lost his mind and was said to have sewn his eyelids shut .

Kelley — known as ‘Kelley the Crack’ — tried to raise the girls, but he was suspected of abusing them.

In 1863, Kelley took 8-year-old Delia and 6-year-old Honora to an orphanage called the Boston Female Asylum in the city’s South End. The orphanage placed girls in respectable families when they turned 10.

Delia supposedly became a prostitute and an alcoholic. Another sister, Nellie, ended up in an insane asylum.

Honora became an indentured servant to Mrs. Ann C. Toppan of Lowell, Mass. The Toppans passed her off as an Italian girl whose parents died at sea, because of the stigma associated with the Irish. They also renamed her “Jane Toppan,” which sounded less Irish. She did well in school and had many friends, but got unattractively fat. 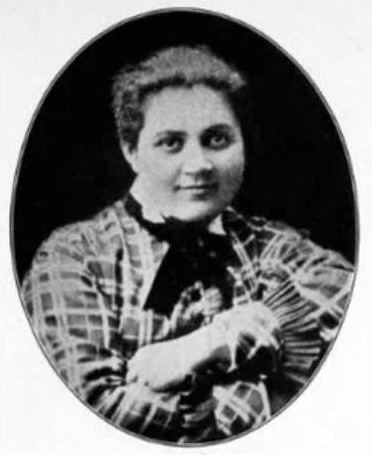 Jane also displayed the earmarks of a sociopath, telling outrageous lies: her father sailed around the world, her sister married an English nobleman, her brother was decorated at Gettysburg by Abraham Lincoln.

At 18, Jane Toppan graduated from Lowell High School . The Toppans freed Jane from her indenture and gave her $50, but she stayed in the household as a servant.

When Ann Toppan died, Elizabeth took over the house and continued to treat Jane as a servant though with more kindness than her mother

At 33, Jane Toppan started her training as a nurse at Cambridge Hospital in 1887. There she earned her nickname, ‘Jolly Jane,’ for her friendly outgoing personality. She liked to gossip, though, and celebrated the dismissal of students she didn’t like. She lied that the Tsar of Russia had offered her a nursing job, and she probably stole small things. Many of her fellow students grew to detest her.

The hospital administration grew concerned over her obsession with autopsies, but didn’t know she experimented with morphine and atropine on her elderly patients.

One patient, Amelia Phinney had an operation in 1887. Afterward, she said, Jane Toppan gave her a dose of bitter medicine, causing her to lose consciousness. Jane climbed into her bed and kissed her all over her face, but something startled her and she stopped.

The next morning Phinney decided it had all been a dream. Fourteen years later, Jane Toppan was arrested, and Phinney realized she’d had no dream.

Jane Toppan got a job at Massachusetts General Hospital , but lost it because she recklessly gave out opiates. Nevertheless, doctors recommended her as a private nurse to their wealthy clients.

Outside of her job she guzzled beer, told dirty jokes, gossiped madly and enjoyed turning her friends against each other. But to the doctors and their patients she seemed a highly skilled professional, compassionate and cheerful.

Nurse Jane Toppan was earning $25 a week when women earned an average of $5 a week. She was also getting a sexual thrill, she later admitted, from climbing into bed with her patients as she murdered them.

She befriended her elderly landlord and his wife, but killed them one by one. She later explained they had gotten ‘feeble and fussy’ and ‘old and cranky.’ Her colleagues in nursing school remembered her saying there was no use keeping old people alive. 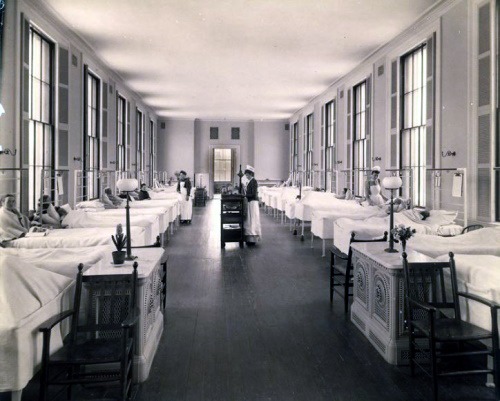 In 1889, 70-year-old Mary McLear fell ill on a visit to Cambridge. Her doctor sent Jane Toppan, ‘one of my best nurses,’ to care for her. Jane poisoned Mary McLear.

A month later she killed a close friend with strychnine so she could take her job as dining hall matron at St. John’s Theological School in Cambridge. She got the job, but it didn’t last. The administration couldn’t ignore complaints of her incompetence and missing money.

Elizabeth Toppan Brigham, Jane’s foster sister, often invited her to come visit and stay in the house she grew up in. Jane sometimes took her up on the invitation.

Jolly Jane was vacationing in Buzzard’s Bay in the summer of 1899 when she targeted Elizabeth Brigham. Elizabeth complained of depression, and Jane invited her down to the Cape.

One day she took Elizabeth to the beach for a picnic of cold corned beef, taffy and mineral water laced with strychnine.

“I held her in my arms and watched with delight as she gasped her life out,” Jane later said.

Jane Toppan then insinuated herself into the household of Elizabeth’s widower, Oramel Brigham, because she wanted to marry him. Within three days she killed Brigham’s housekeeper, 77-year-old Edna Bannister. She took over from Edna and tried to impress Oramel Brigham with her housekeeping skills. Brigham made it clear he didn’t want her as a housekeeper or as a wife.

Jane Toppan decided to win his love by poisoning him and then nursing him back to health. That didn’t work either, so she threatened to claim he’d gotten her pregnant. An enraged Oramel Brigham ordered Jolly Jane Toppan out of the house.

She tried to commit suicide with an overdose of morphine, but failed and went to the hospital . Upon her release, she visited an old friend, Sarah Nichols, who lived with her brother in Amherst.

By 1901, a Massachusetts state detective was following Jane Toppan. He suspected her of killing the entire family of Alden Davis .

Jane had rented a cottage in Bourne from the Davis family, but she hadn’t kept up with the rent. Alden Davis’ wife Mattie came to Cambridge to collect, but Jane killed her with a cocktail of morphine and atropine. Then she moved in with the elderly Alden Davis to take care of him.

Jane Toppan took care of Alden Davis all right. She killed him and then two of his married daughters, Minnie Gibbs and Geraldine Gordon.

Minnie Gibbs’ father-in-law suspected the sudden deaths of an entire healthy family had to do with foul play. He consulted a toxicologist and got a judge to order Minnie’s body exhumed. Investigation revealed she died of morphine and atropine poisoning.

Jolly Jane Toppan went to trial for murder in the summer of 1902. She confessed to her lawyer she killed at least 31 people, perhaps as many as 100.

She claimed she started her killing spree because a boyfriend dumped her when she was 16. A Lowell office worker gave her a promise ring, but moved to Holyoke, Mass., and fell in love with someone else.

An eight-hour trial took place in Barnstable County Courthouse. A jury deliberated for 27 minutes and found Jane Toppan not guilty by reason of insanity. She spent the rest of her life at Taunton State Hospital, dying on Aug. 17, 1938.

Some attendants remembered her calling them into her room and smiling. “Get some morphine, dearie,” she said, “and we’ll go out in the ward. You and I will have a lot of fun seeing them die.”