By Love_Doctor (self media writer) | 5 months ago

A student of the Federal Polytechnic of Adamawa State, Mubi, Muniru Abubakar, has been arrested by the Police Command. Muniru was arrested with two accomplices for allegedly killing and burying his pregnant girlfriend in a shallow grave. 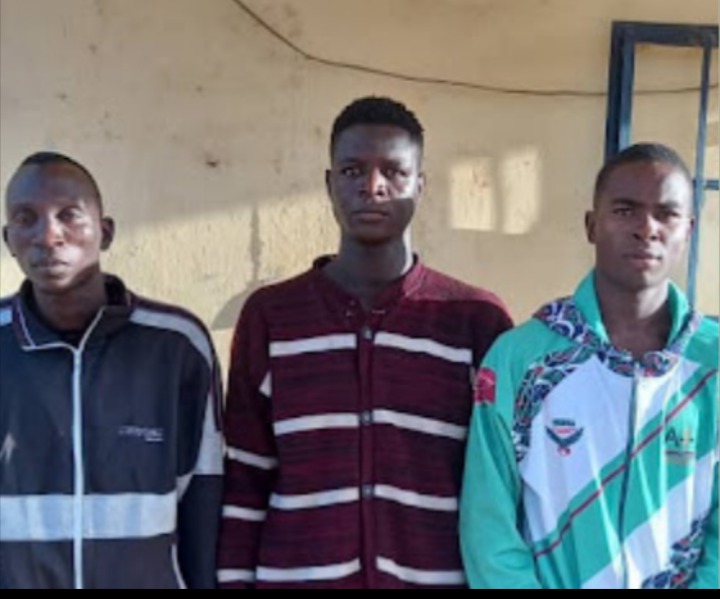 Reportedly, the deceased, Franca Elisha Iliya, an ND 2 Library Science student of same institution, who was was impregnated by Abubakar, died while the suspects were trying to abort the baby.

Abubakar claimed that they both agreed not to keep the baby and will abort the pregnancy.

According to the police, "Abubakar took the deceased into his room located at a students’ community behind the State University, Mubi, for the abortion on the 6th August 2021 and invited his friend, Huzaifa Shuaibu who is a student of the College of Health Technology, Mubi, to carry out the abortion".

Huzaifa was said to have administered an injection to Franca for the abortion but she fainted immediately and regained consciousness later after spirited efforts. After she woke up, she was given the second dose of the injection after which she was said to have fainted again and never to recover and subsequently died in the room.

Abubakar invited one of his other friends, a student of the Polytechnic, Rabiu Adamu, who conspired with them to bury the corpse in a shallow grave with her mobile phone, national identity card and other items that can expose the heinous crime they have committed.

Days after the incident, the father of the deceased, Mr Elisha Iliya, has been trying to call his daughter but no response, made some connections but still nothing, so he raised alarm over his missing daughter.

Iliya said, "My daughter left home on that fateful day for school, but did not return, and we searched everywhere as well as made contacts, but to no avail. we met her colleagues in the school and one of them disclosed that she left the deceased with her boyfriend, Abubakar and returned to hostel because it was raining".

The police with family members eventually found Abubakar playing football where he was arrested and he was made to take them to where Franca was buried.

Suleiman Yahaya Nguroje, Spokesperson of the State Police Command, who confirmed the arrest said that the Commissioner of Police, Aliyu Alhaji, has ordered full investigation into the incident.

Nguroje said that investigation so far revealed that it was Muniru Abubakar who impregnated the deceased, Huzaifa Shuaibu, that administered the injection, while Rabiu Adamu assisted in burying the corpse.

The PPRO said that the suspects will soon be charged to court soon. Meanwhile,the father of the deceased has appealed to relevant authorities to do everything possible and ensure that justice is done.

Content created and supplied by: Love_Doctor (via Opera News )