Good Bye, Now We Will Only Get To See In Dreams–Man Said To His Son And Went Missing (VIDEO) The family of a man identified as Amusa Jimoh has called on the general public to help them in locating their precious father who left home some months ago and never returned.

According to one of his children who spoke during a live video by popular Ibadan media personality, Oriyomi Hamuzat, it was revealed that since Mr. Jimoh came back from the United States, he has been behaving strangely until his disappearance in September.

He was said to have attempted suicide on several occasions which were void and kept saying death visits him in his dreams which makes it hard for him to fall asleep.

On the day of his disappearance, he was said to have left home and told his children that he was going out and he would be back soon, but not long after he left, he called home to bade them goodbye.

He was quoted to have said, " God Bye, we will only get to see in dreams". And after saying those words, he reportedly dropped the call, and all attempts to reach afterward proved abortive.

It's six months after his disappearance and the kids are yet to see him or his corpse. For this reason, they feel their father might still be alive and as such, they are calling on the public to help them locate their father.

Link to the video 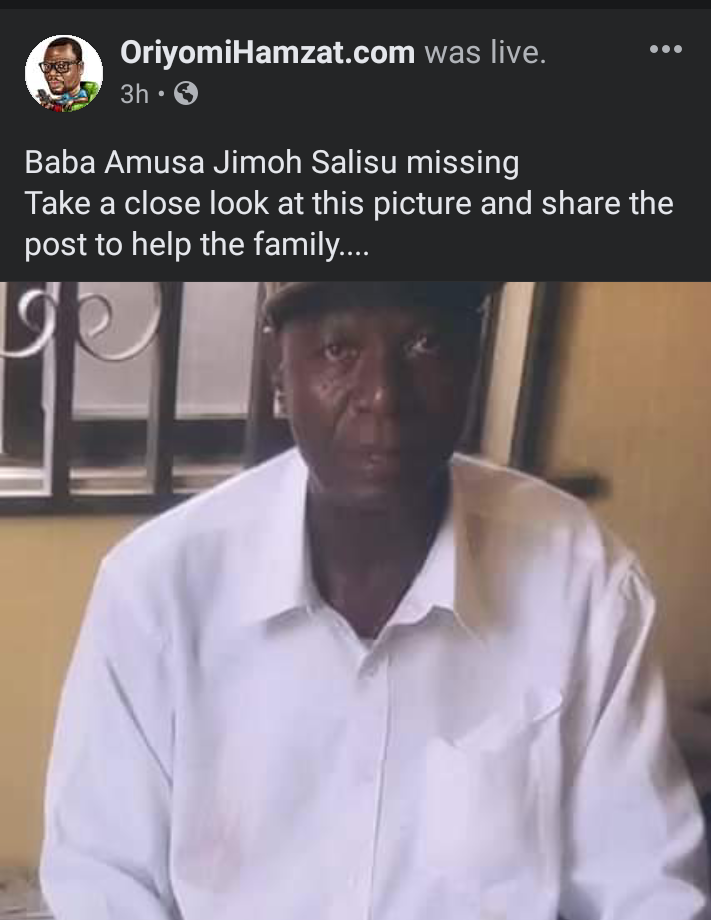 Meet Prof. Michael Ologunde, The VC Of LAUTECH That Was Asked To Step Down By Governor Seyi Makinde