People Warned Me About You, I Regret Ever Bringing You To My Company - Mr. Faithful to Don Davis

By TopTrendyNews (self media writer) | 1 year ago

If you have invested in this company that made Don Davis their brand ambassador then you must be in for a long thing.

Right now, there are rumors that the investment company is scamming people off their hard earn money. We got to know this first hand from an 'advocate mum', Deborah Okezie popularly know as Don Davis mum.

If you don't know Don Davis, well, he was the 11 years old boy who was molested at Deeper Life High School, Uyo and his mother had been doing series of live video to update the masses about the case.

Don Davis mother went live on facebook to call out Reaolution Technolgies for scam. Recall that on the 6th of February 2021, this company, Resolution Technologies made Don Davis their brand ambassador and also gave him scholarship and since then, the mother has been encouraging people to invest in that company. 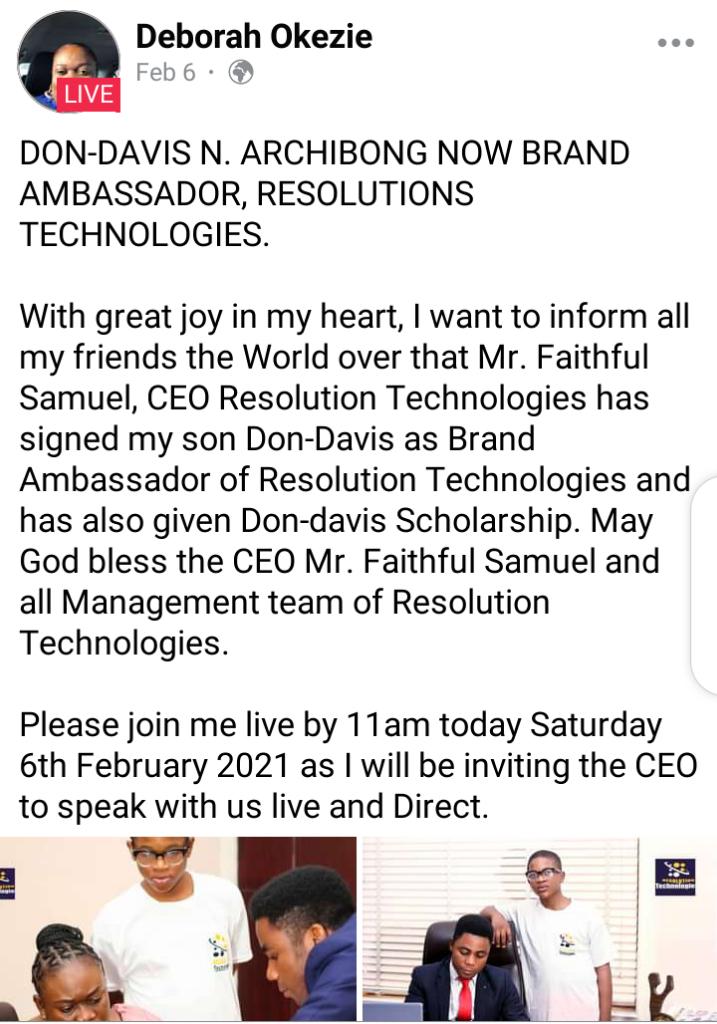 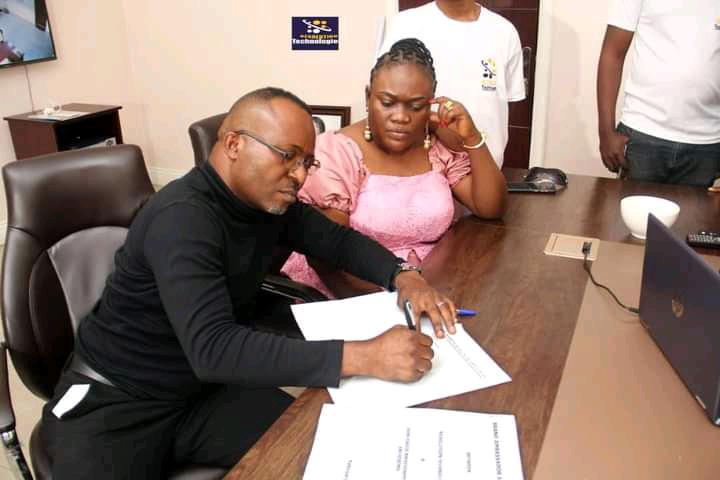 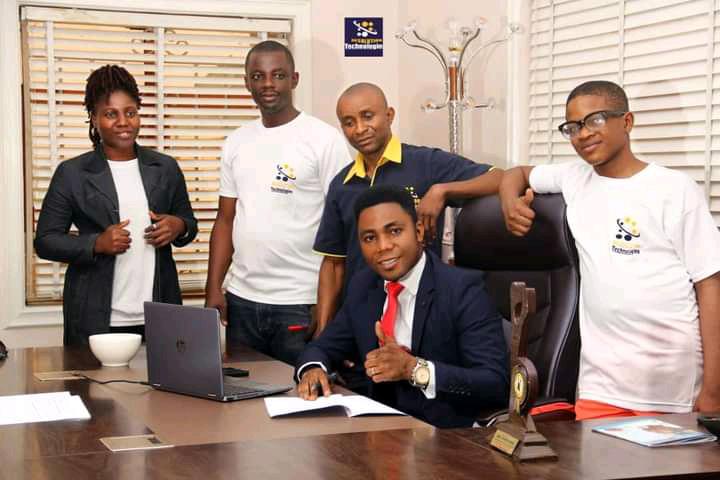 However, It was a but surprising that just yesterday roughly one month after Mrs. Okezie's son was made a brand ambassador, that she called the company out on Facebook for scamming people. 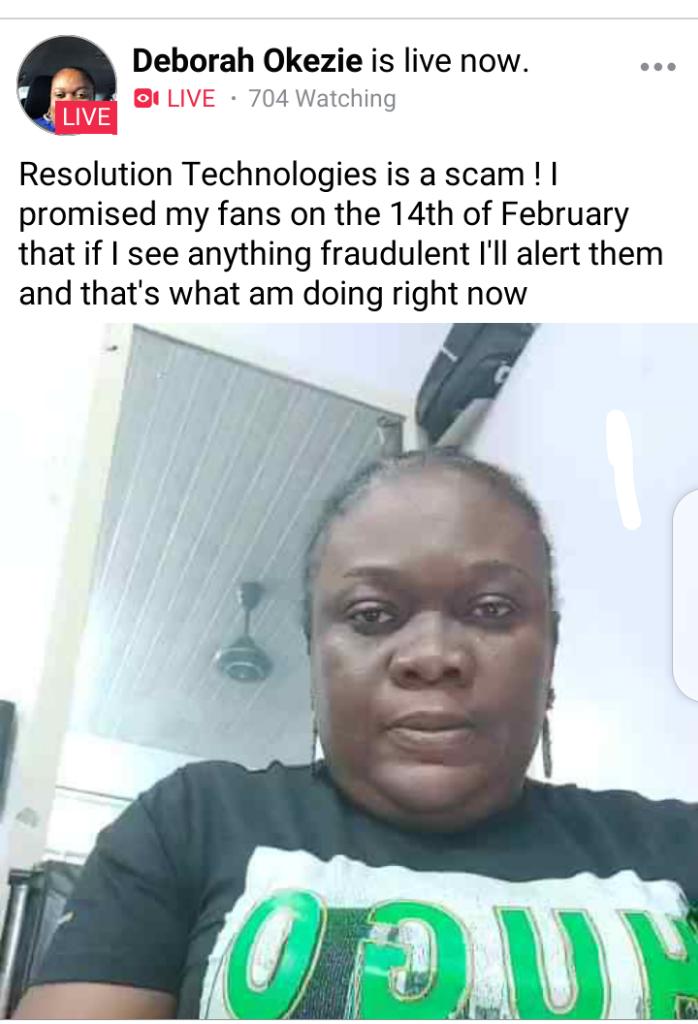 However, Mr. Faith took another toll to the call out. He did not counter nor refute what was been levied against him instead, he said that people warned him about Mrs. Deborah Okezie and he failed to listen to them thinking he was making the right decision. He was agonising how the company he built for so many years will now be destroyed by her.

He literally said he regretted ever bringing Mrs. Deborah Okezie, Don Davis mum to his company.

Here are screenshots of his exact speeches. 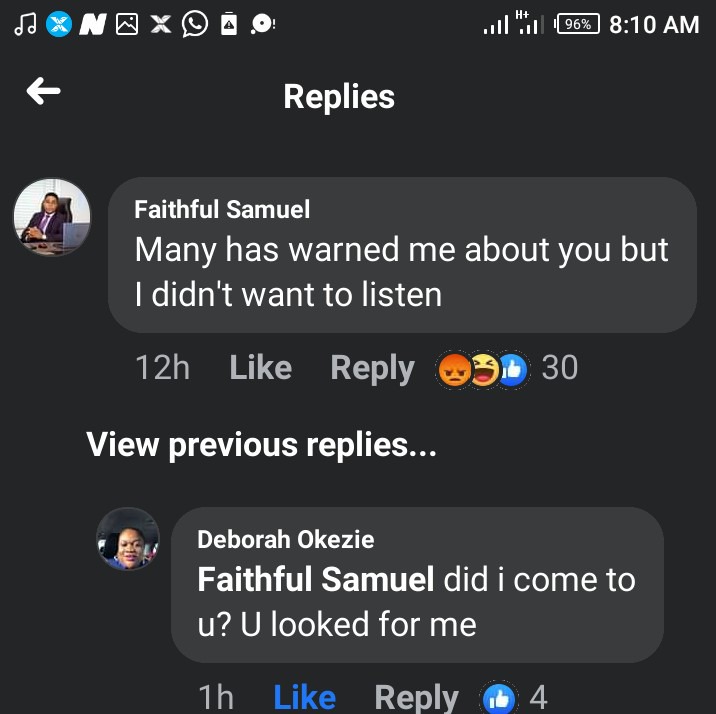 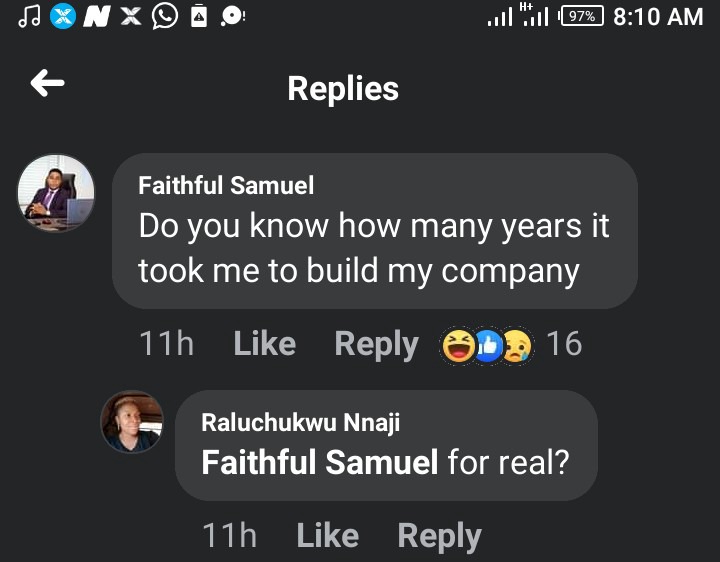 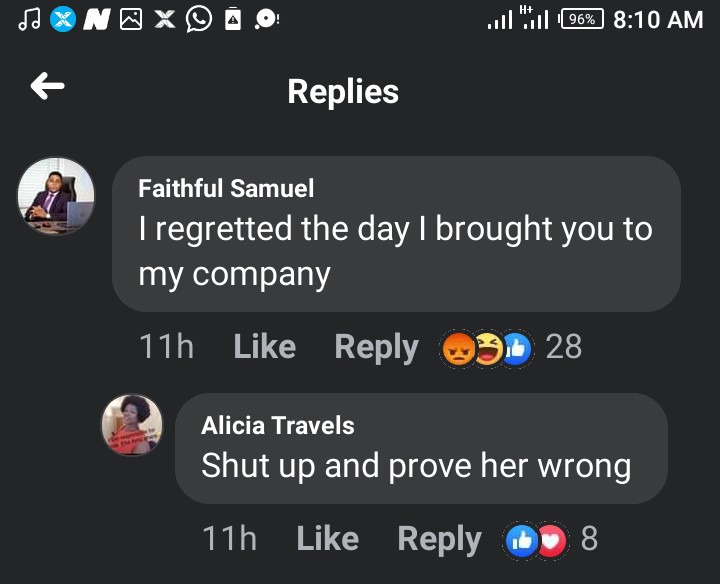 Mrs. Okezie is not bothered about wjat he is saying, all she wants is for him to please refund people's and play transparency so that others won't think she is part of them. She too is also regretting the ambassadorial position of her son to the investment company. Read how Nigerians are reacting to this call out 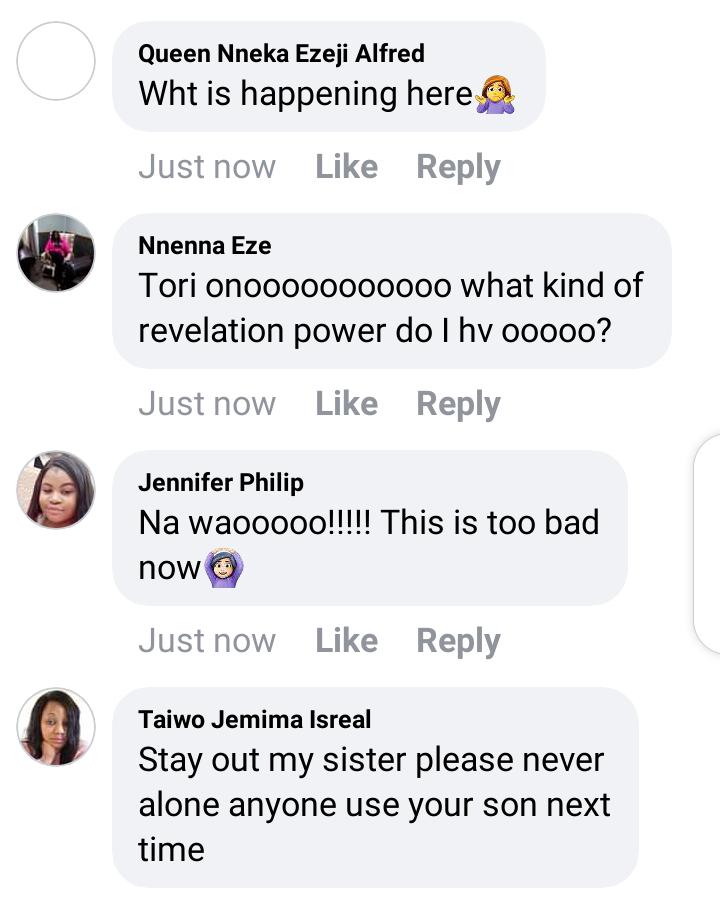 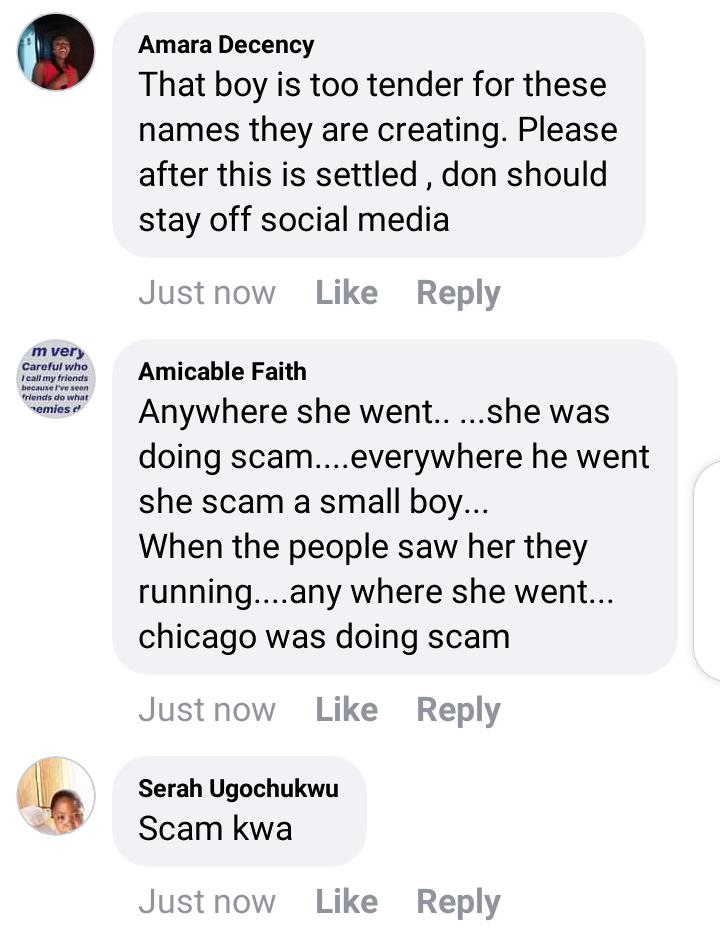 Please let us be careful with this so called investment because a lot of people have lost money to him.