Checkout What You Might Not Know About Nigeria NAF Alpha Jets

By OREKOYA (self meida writer) | 29 days 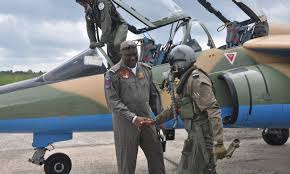 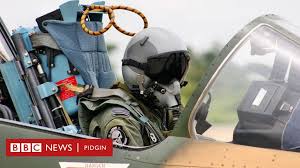 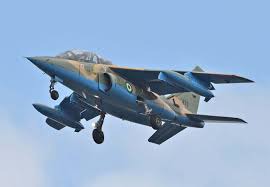 It can be recalled that Nigerian Air Force Alpha Jet aircraft (NAF475)disappeared from technical radar with 2 crew members on board on the 31st March 2021.

Unfortunately, it was announced that the NAF Jet might have had an accident.

In its bogus reaction which was later dismissed as fake by NAF and relevant Nigerian authorities and a foreign expert,an insurgent organisation identified as Boko Haram said it was responsible for the NAF jet crash.

Technically speaking, a military aircraft accident may be due to mixed factors such manufacturer defects,wrong decisions on the part of a pilot,poor maintenance,air traffic controller mistake, bad weather or missile launched by an enemy.

Furthermore, an Alpha jet was reported to be a collaboration of France-Germany idea to manufacture a modern trainer aircraft with close-air support warfare capabilities.

The initiative was accepted for further improvements from the 2 collaborating countries and was completed to become what was known as the “Alpha Jet” in the early 1970s.

A total 512 Alpha jets were manufactured out of which 329 were exported.

It is on record that in the year1980, Lockheed Martin Corporation formally made a presentation of a fuel efficient and technical capability Alpha jets to the US government and Navy.

Alpha jets are of major European design.These lines of jet were reported to have been conceptualised and constructed by Dassault-Breguet in France and Dornier in Germany.

An Alpha jet is an excellent plane constructed for minimum support.

For instance,the engines of typical Alpha Jets can be fixed in just 60 minutes with relatively small number of tools.

The aircraft has low fuel consumption and comes handy for training as well as for advanced light-attack purposes.

It should be noted that an Alpha Jet incorporates simulations,academics and actual war engagements.

It can be recalled that the United States(US)approved the exportation of 4 unarmed Alpha jets to the Nigerian Air Force in the year 2015.

Select Any Of These Adorable Henna Designs For Eid Celebration