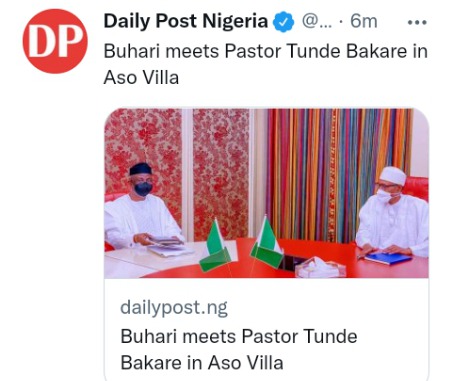 Mr Femi Adesina, President Buhari’s Special Adviser on Media and Publicity, made the disclosure via a post on his official Facebook age.

“President Buhari receives Pastor Tunde Bakare in State House on 15th Oct 2021,” Adesina captioned the photos. He was, however, unable to state the details of the meeting as at press time.

Recall that following the current state of the nation, the renowned clergy had called for a change of guards which according to him, means fresh hands in the system. 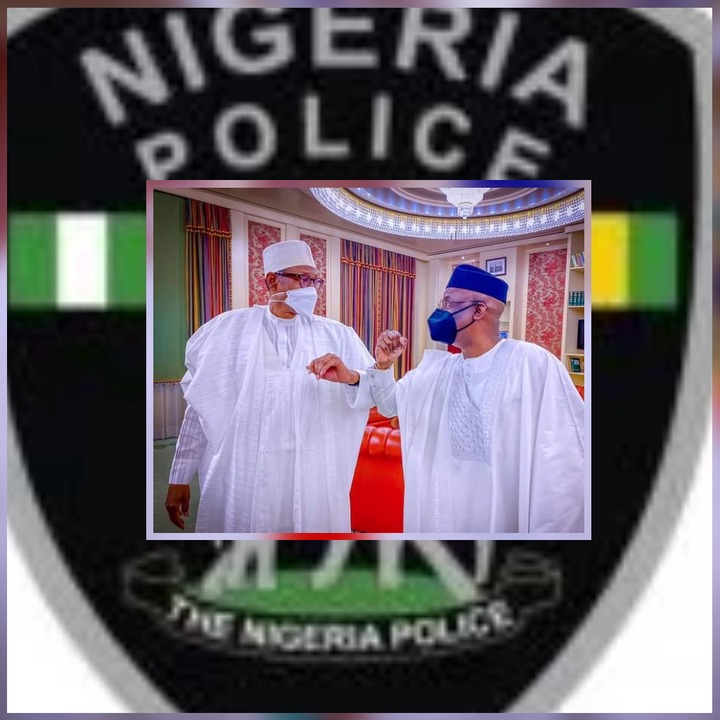 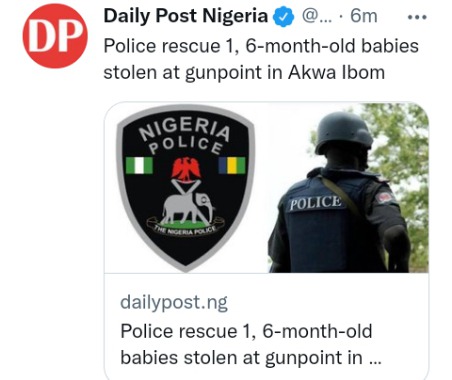 Akwa Ibom State Police Command said it has rescued one baby, Daniel Jackson Ekwere, as well as baby Goodness Effiong Okon, aged one month, three weeks and six months respectively who were stolen from their parents at gunpoint in the state.

The Police Public Relations Officer in the State, SP Odiko Macdon who disclosed this during the third quarter media briefing held at the Command Headquarters, Ikot Akpanabia in Uyo noted that at the time of the rescue of the six months old, the abductors had concluded plan to sell the baby at the rate of Four Hundred Thousand Naira (N400,000). 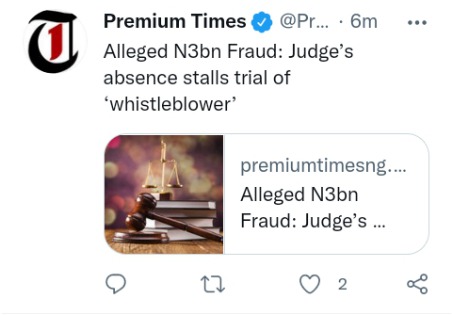 The absence of a trial judge on Friday stalled the trial of John Idumange, who raised an alarm over alleged diversion of N3 billion agriculture loan by Bayelsa State government officials.

The court registrar informed parties in court that the judge, Justice Iniekenimi Uzakah, was having a meeting with the Bayelsa Chief Judge, Justice Kate Abiri.

The court clerks subsequently fixed November 22 for continuation of trial. 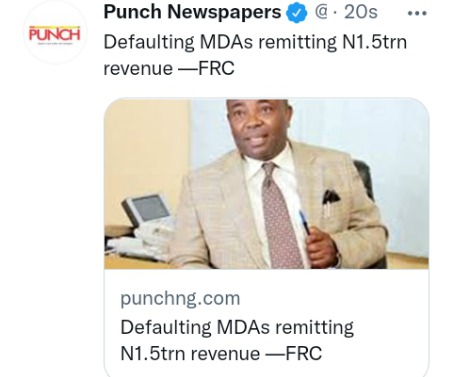 The Fiscal Responsibility Commission has said that many defaulting ministries, departments and agencies have been remitting the N1.5 trillion revenue they withheld from the government coffers.

The commission also said that the government was in the process of reviewing and updating the calculation template to check under-remittances of revenue by MDAs.

Disclosing this at a trainingworkshop for accounting officers of MDAs, organised by the Paradigm Leadership Support Initiative to boost Federal Government revenue in Abuja on Thursday, the Chairman of the commission, Mr Victor Muruako, explained that the calculation template makes the agencies know what they ought to remit to the government. 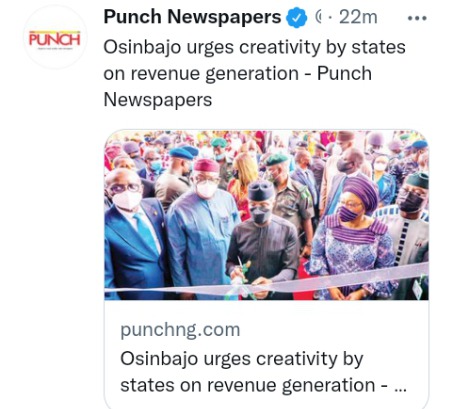 The Vice President, Prof Yemi Osinbajo, on Thursday charged the 36 states to think like sovereign states in the area of internally generated revenue to be able to survive.

Osinbajo appealed to the 36 state governors to start investing in areas where their states had comparative advantages to shore up their IGR with a view to stop their reliance on federal allocations.

He spoke in Ado Ekiti during the Fountain Summit 2021 (Economic Development and Investment Summit) with the theme, ‘Investment Attractiveness and Economic Development: Lessons for Sub-nationals,’ shortly after he inaugurated the Ekiti State Civic Center, Ado Ekiti, as part of activities for the three years anniversary of the Dr Kayode Fayemi administration.