Opinion: What 'Repentant' Bandits Allegedly Did In Zamfara And Why They May Receive Commendation

By Bri~Man (self media writer) | 8 months ago

The Zamfara state governor Bello Matawalle has disclosed that repentant bandits played a very vital role in the release of 18 students and staff of the College of Agricultural and Animal Science in Bakura Zamfara State.

Governor Matawalle explained that his government used dialogue through the repentant bandits to secure the release of the abducted students.

Mr Matawalle revealed that his administration has used the strategy of peace and reconciliation with the bandits as measures to address the numerous security challenges facing Zamfara state.

Mr Ayuba also revealed that no single Kobo was paid as ransom to the bandits. He went ahead to thank the state government for their efforts in ensuring the release of the students. 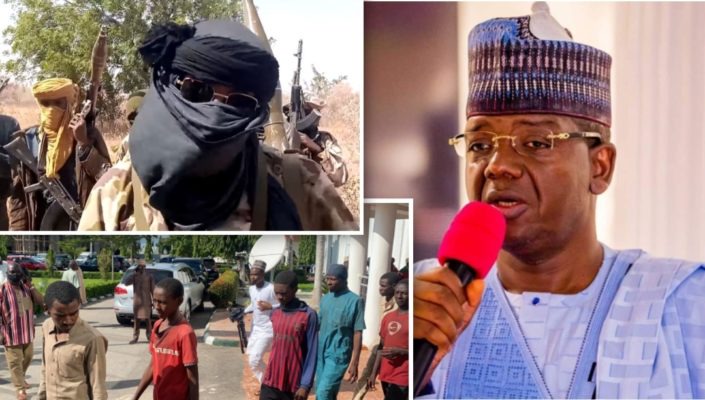 The role of the repentant bandits cannot be overemphasized. They know how to talk with their unrepentant counterparts in a language they would understand. They have done very well by helping the state and the entire country in general.

The repentant bandits have started repaying the kind gestures extended to them by Mr Matawalle.

They should be commended by all and sundry as this would encourage them to continue the good work. Kudos to them.