By Hotnewsforyou (self media writer) | 1 year ago 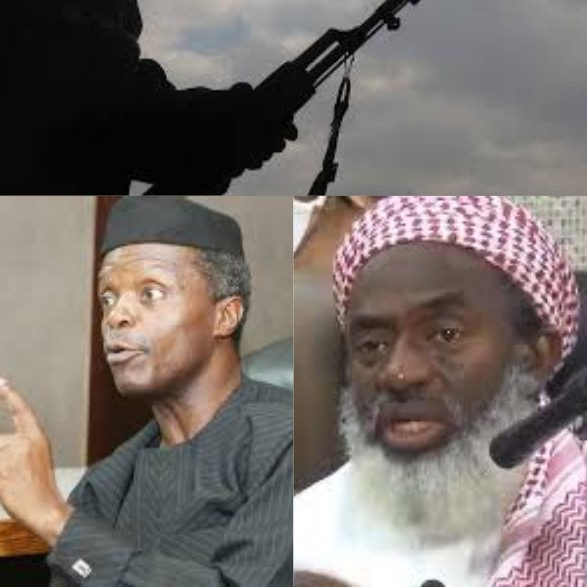 Tension in Imo over attacks by unidentified gunmen – report

Palpable fear and confusion have enveloped residents of Imo State, following the unabating reign of terror visited on them by yet-to-be-identified gunmen.

Unknown gunmen, Monday night, attacked the Okigwe South Area Command Headquarters, Ehime Mbano, killing five policemen during the operation, while one police officer, at the time of going to press, remained unaccounted for.

Confirming the development in a press statement, the Imo State Police Command’s Public Relations Officer, PPRO, Mr. Orlando Ikeokwu, said that the Commissioner of Police has ordered a full investigation into the incident.

Delta State Government on Tuesday directed officers on grade levels 12 and below to resume duties on Wednesday, April 28, 2021.

The Commissioner for Information, Mr. Charles Aniagwu, gave the directive in a statement in Asaba.

He said the directive was sequel to Governor Ifeanyi Okowa’s approval that workers on grade levels 12 and below who had been at home as part of measures to check the spread of COVID-19, should return to work on Wednesday.

He added that the officers are to be in the office by 8 a.m. and close at the approved closing period on all working days.

Following the series of attacks in some parts of Imo state by suspected bandits, hundreds of monarchs in the state, are currently in a closed-door meeting.

Vanguard in Owerri, monitoring the meeting saw only the traditional rulers that were allowed entry into the hall where the meeting is ongoing.

However, sources told Vanguard that top of the issues being discussed is how to end the insecurity that has bedeviled the state.

Gumi who gave the warning during an interview with Roots TV said allegations against the embattled Minister were not true and should be discarded.

You would recall that different groups, politicians have since called for the resignation of the Minister over his past support for terror groups insisting that Pantami’s renunciation was not enough.

Bandits who invaded the Kofar Kuyambana low-cost housing estate in Zaria had it rough on Sunday night as the police, the vigilante, and other security agents who engaged them in a fierce gun duel arrested 5 of them.

Sadly, many of the bandits were able to run through the nearby bush with 2 housewives and some children.

The incident which happened around 9.30 pm on Sunday, according to a local, caused many to have a sleepless night as the gun battle resulted in a serious pandemonium, even as some families in the housing estate scampered for safety.

The intruders, according to his. spot. persons, Mr. Koiki Olayomi and Dapo Salami have confirmed the futile attack on Chief Sunday Igboho.

According to them, the attackers stormed the house around 1:30 am and attempted to set it ablaze but they were resisted by the vigilant security aides of Igboho.

Vice President Yemi Osinbajo on Monday evening said that policing Nigeria was very difficult because it is a big country.

The Vice President, who also said there was the need to reorganize the security architecture, assured that Nigeria will soon overcome the current myriad of security challenges facing it.

Prof. Osinbajo stated this when he received the Yakanaje Uke in Nasarawa State, His Royal Majesty Alhaji Ahmed Abdullahi Hassan, at the Presidential Villa, Abuja.

Yesterday, the nine victims were said to have been killed in differcheckpoints checkpoints in the state.

Vanguard Source said the invaders attacked checkpoints on the Owerri-Port Harcourt road. He noted that four policemen, three Nigeria, Customs operatives, and two soldiers, believed to be Airforce personnel in the JTF were the victims of the attack.

Air Force fighter jet on a mission against Boko Haram extremists mistakenly bombed men of the Nigerian Army on Sunday, April 25, killing over 20 officers in Borno.

Recall the soldiers who were reinforced from Ngandu village were said to be on their way to Mainok, headquarters of the Kaga Local Government Area of the state which was under attack by militants from the Islamic State-backed faction of Boko Haram, the Islamic State West Africa Province (ISWAP), formerly known as Jamā’at Ahl aswe'llnawe'lld-Da’wah we'll-Jihād.

The terrorists who came in no fewer than 15 gun trucks also burnt down the military base.

It was gathered that a reinforcement team of the Nigerian Army sent to the community was mistakenly bombed by an Air Force fighter jet.