Video: 2 Men Gang Up To Beat 1 Man, But What He Did To One Of Them Made Them Run Away

By AKONIMI (self meida writer) | 14 days

This article featured two unknown men who joined forces in order to fight a single man. But their attempt yielded no success when the single man prove to them that he was tough. Read through and watch the video to see what he did to one of them which made them ran away. 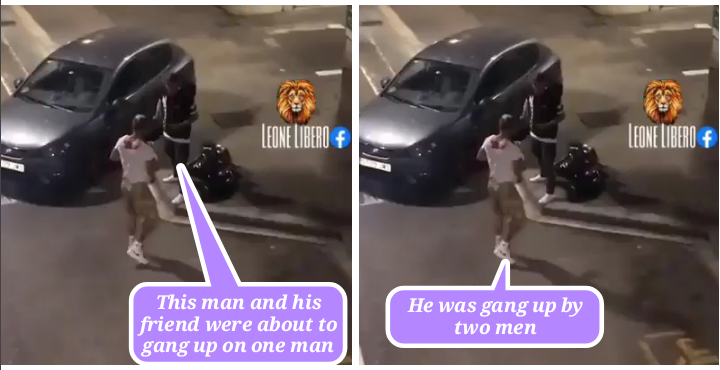 In a video that surfaced on social media recently, two male individuals who could be friends, gang up together in order to beat a single man due to an undisclosed misunderstanding. But things didn't turn out quite good for them as they thought it would. 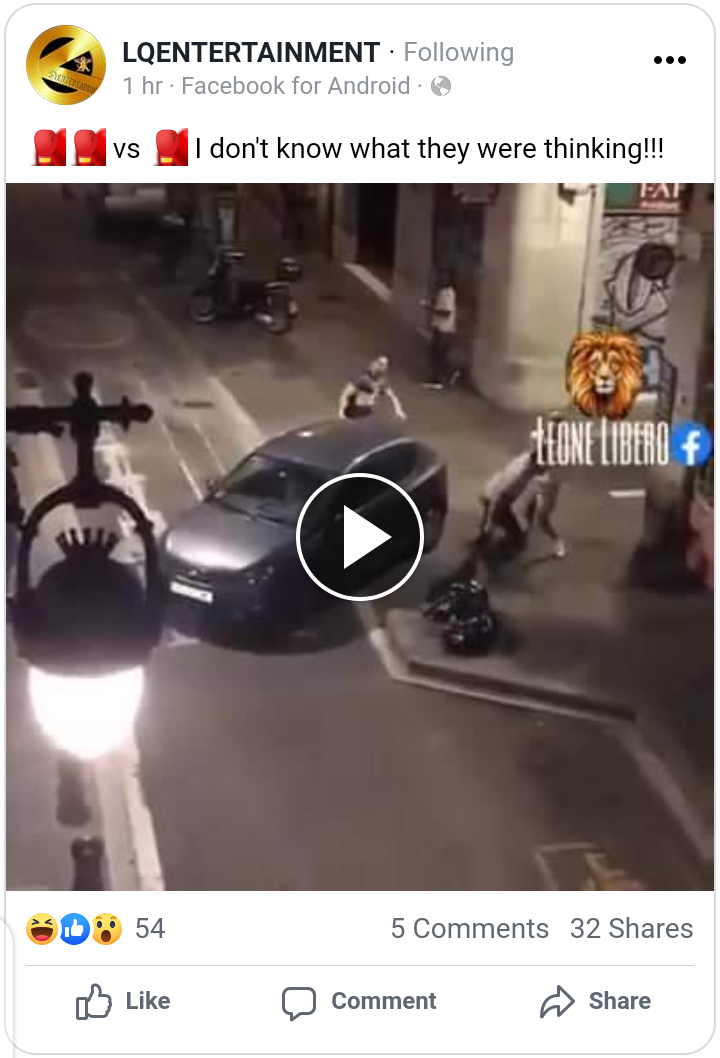 In the video, the two men appeared to be having a heated argument with a man in white which soon turned into a physical fight. It appeared that these two men were friends since their interests aligned with each other against the man in white. 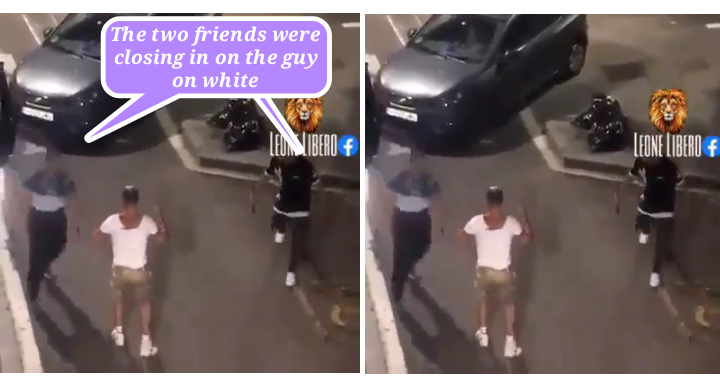 One of the two friends began to make fight advances on the man in white which made the man move backwards as he warned him to stop. But the other friend came with full force and hit the single man in white on his leg.

The single man in white didn't take it lightly as he instantly delivered two quick punches directly to the face of the man which almost landed him on the ground. 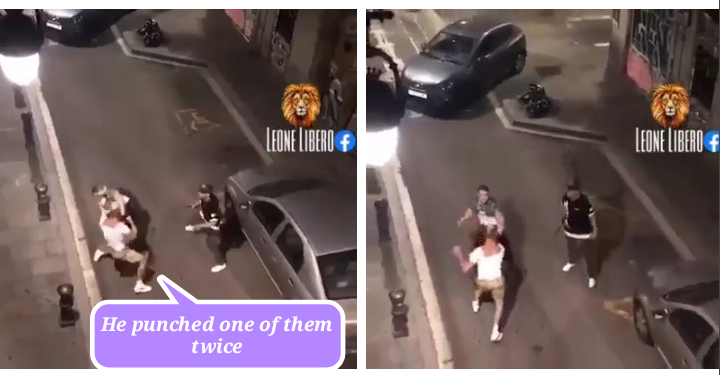 Immediately the guy who was punched gain back his balance after the punch, his friend got scared and ran. He also ran away himself when the man in white approached him again. 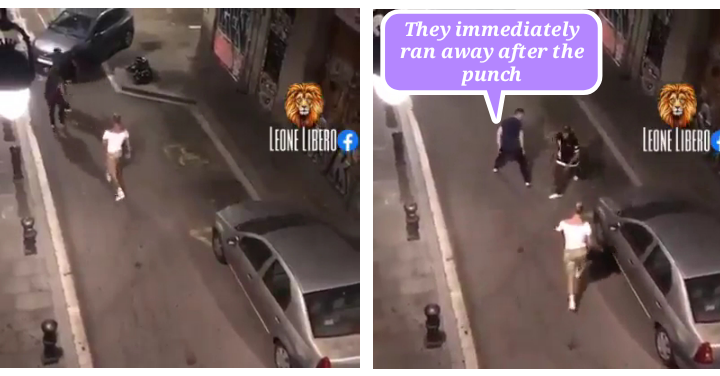 The two friends continued to rant, but when the single man in white approached them closer, they ran back a little. Which means they were afraid of him at that moment.

Indeed, the young man in white is really strong, and I'm completely surprised that a single man who was holding nothing, can comfortably take on and defeat two men of his size.

Watch the video below to see how the fight went down. 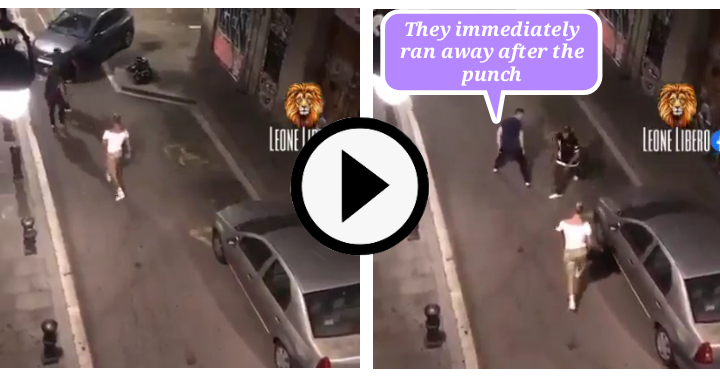 See what a few people said after watching the video. 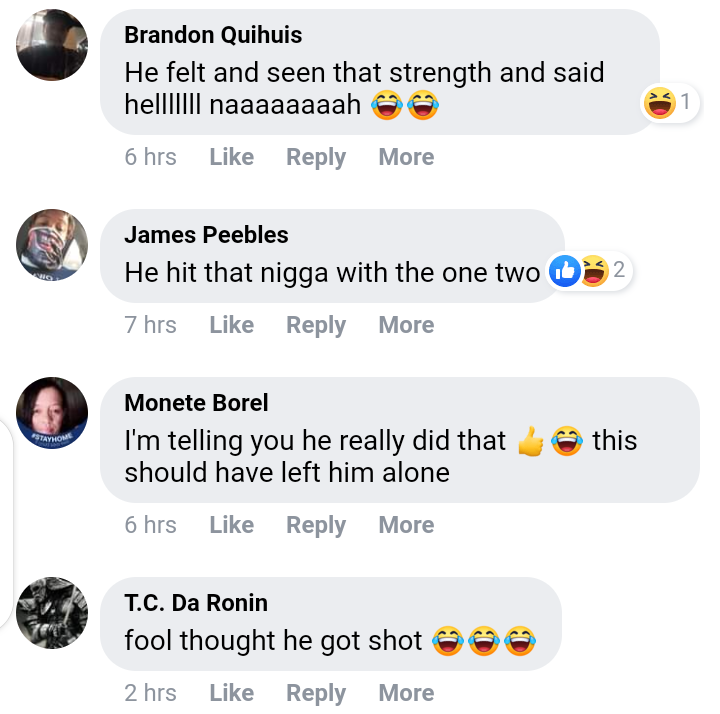 Question: what can you say about this?

5 Ways to Show Your Girlfriend that You Care

"If you want to be successful and wealthy, you must have these 4 qualities" - Pastor Sunday Adelaja

Pep Guardiola speaks out on the Super League

How the UCL and UEL would look like next season, if the European Super League plans are implemented.