By Everyday9jaNews (self media writer) | 10 months ago

According to DAILY TRUST reports, a recent attack in Ogborji, a settlement in Orumba South Local Government Area of Anambra State has left not less than 4 Fulani herdsmen dead and over hundreds of cows missing. 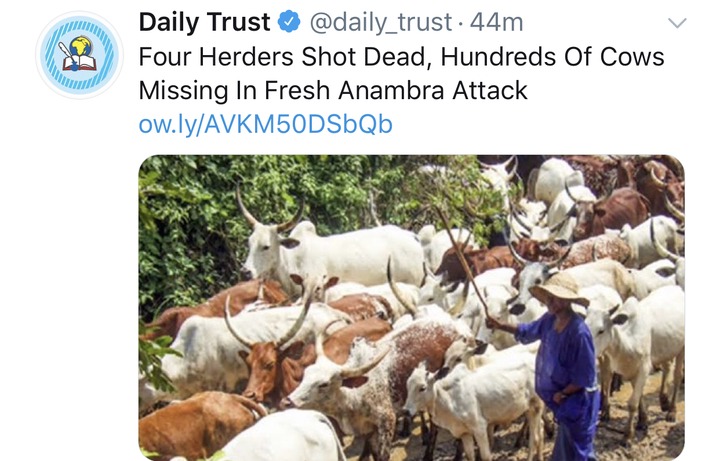 According to Alhaji Gidado Siddiki, the Chairman of the Miyetti Allah Cattle Breeders Association of Nigeria (MACBAN), South-East Zone, who spoke with newsmen in Awka, Anambra State capital, disclosed that the sad incident had taken place on Saturday, 6th March 2021.

While speaking with newsmen, Siddiki further disclosed that not less than 20 Fulani herdsmen have been killed in Anambra State between January and March 2021. He recounted that the attack on Saturday, which left not less than 4 herdsmen dead occurred at Mohammed Idris Herders’ Settlement. 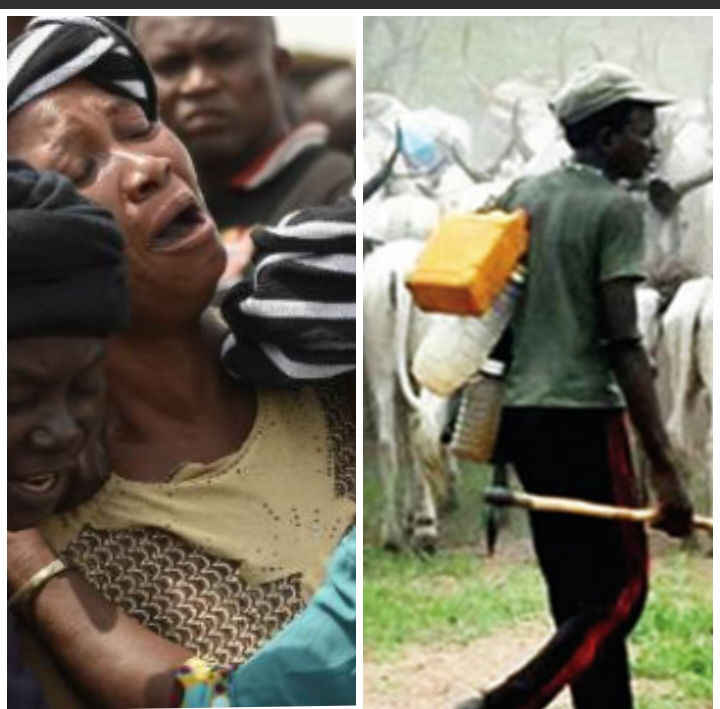 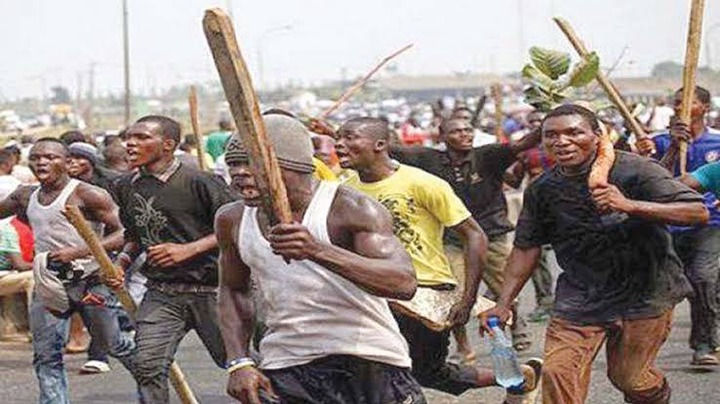 Based on information gathered, Saddiki narrated that unidentified gunmen had invaded the Mohammed Idris Herder's settlement, shooting sporadically which resulted in the death of 4 Fulani herdsmen. He added that after they had killed the herdsmen, they made away with their corpse as well as over a hundred cows.

He added that out of the 4 herdsmen that were murdered, one of the corpse has been recovered by the help of the police, while the remaining 3 are yet to be found. He also disclosed that over a hundred cows that were reportedly missing, 5 cows have been found at the place wherein they were slaughtered.

He revealed that with the recent killing of the four herders, the total number of Fulanis killed between January and early March 2021 in Anambra State alone is above 21. 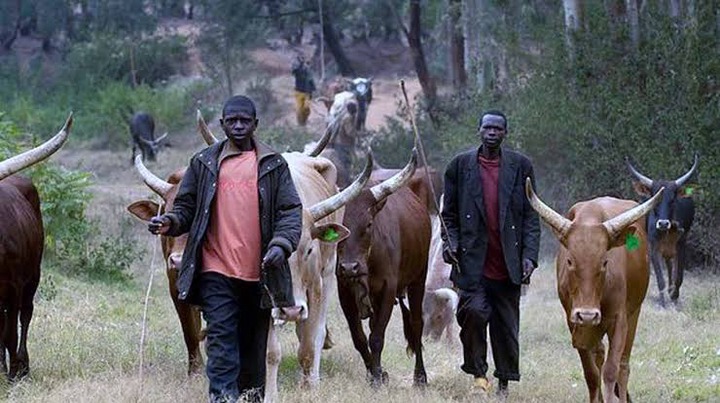 He gave the names of the recent the victims as; Hadari Umaru, Hamidu Umaru, Aliu Idris and Hassan Idris.

Afterwards, he beckoned on the Executive Governor of Anambra State to step into the action, to bring about an end in the incessant killings of Fulani herdsmen in the state.

However, in the light of the prevailing issue, all calls and text messages put across to the spokesman of Anambra State Police Command, CSP Haruna Mohammed proved abortive. What can be done to put an end to the incessant killings of Fulani herdsmen in the South-East?