By Gbollychoko (self meida writer) | 22 days

According to the Daily Star UK, a Brazilian mother is on trial for allegedly killing her newborn baby girl by tossing her down a sixth-floor garbage chute after texting her boyfriend that she “didn't want another mouth to feed.” In back June 2018, the body of a newborn baby girl was discovered wrapped in newspapers in a black bin bag sealed with a hairband inside a waste bin in front of the building in southeastern Santos. 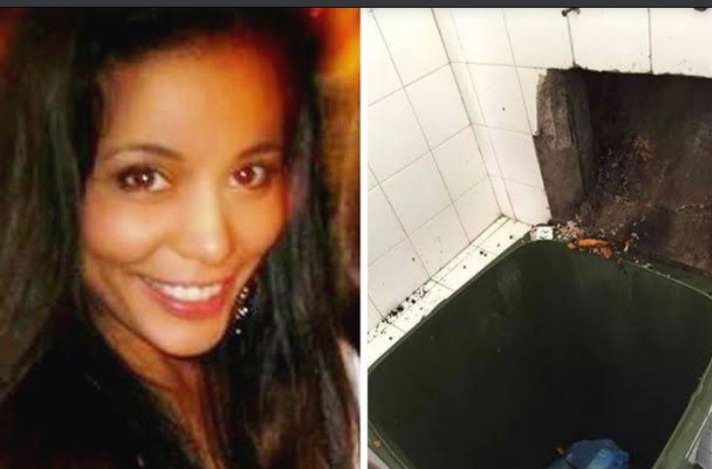 Ana Carolina Moraes da Silva, who had a three-year-old daughter with her ex-partner Guilherme Bronhara Martinez Garcia, will stand trial alongside him. The infant showed signs of head trauma, so coroners determined that the cause of death was a fall from the sixth floor.

Since her arrest on suspicion of murder and concealment of the body, Silva has been kept in a women's prison in the municipality of Tremembe. She will be sentenced to 30 years in jail if she is found guilty. The mother and suspected murderer of a newborn who was discovered dead inside a garbage container (Image: Newsflash) Garcia, who was staying with Silva at the time, is accused of obstructing her arrest by claiming that she and her three-year-old daughter were out of the country.

Investigators reviewed Silva's WhatsApp messages, which revealed that she was unhappy with her daughter and did not want “another mouth to feed.”

“You killed my daughter,” Garcia wrote in a later message to Silva, followed by “Get rid of it.”

Leticia Giribelo Gomes do Nascimento, Silva's lawyer, said that after her daughter was born, medical authorities took 98 days to give a psychological examination to the woman. She has also expressed her dissatisfaction with her client's three-year imprisonment without trial or prosecution, claiming that Silva has no previous convictions.

She said that her client did the offense because she was suffering from postpartum depression. Silva had previously said that she had miscarried and had disposed of the baby's body so that her other daughter would not be alarmed.

She is also said to have experienced untreated depressive episodes before her birth, as well as attempting suicide in prison during her pretrial detention.

Prosecutors, on the other hand, say the crime was planned ahead of time. The trial date will be determined in the coming days.

Content created and supplied by: Gbollychoko (via Opera News )

Between Uche Ogbodo And Charity Eke, Who Looks More Adorable On Baby Bump?

6 Signs That Show You Both Love Each Other