By IloawaChike (self media writer) | 1 year ago

A driver has given the world a seen to behold as he stripped naked while fighting the officials of the Federal Road Safety Corps.

In the 1min 50secs video shared by a Facebook user, Moji Danisa and credited to Namdi Ike-Akabogu on the 18th day of July, 2020, the angered man could be seen sitting atop the official vehicle of the Federal Road Safety Corps as he voiced his anger and frustrations.

Before one could say "jack", the angered driver who was already topless, pulled off his pair of red coloured boxers shorts, thereby revealing what has been hiding under the shorts; the pride of every man.

Stack naked, the angered driver jumped down from the vehicle, rushed one of the Federal Road Safety Officials and started throwing punches on him. The FRSC officials seemed mindful and respectful of the crowd as they never wanted to respond to the driver's attack. 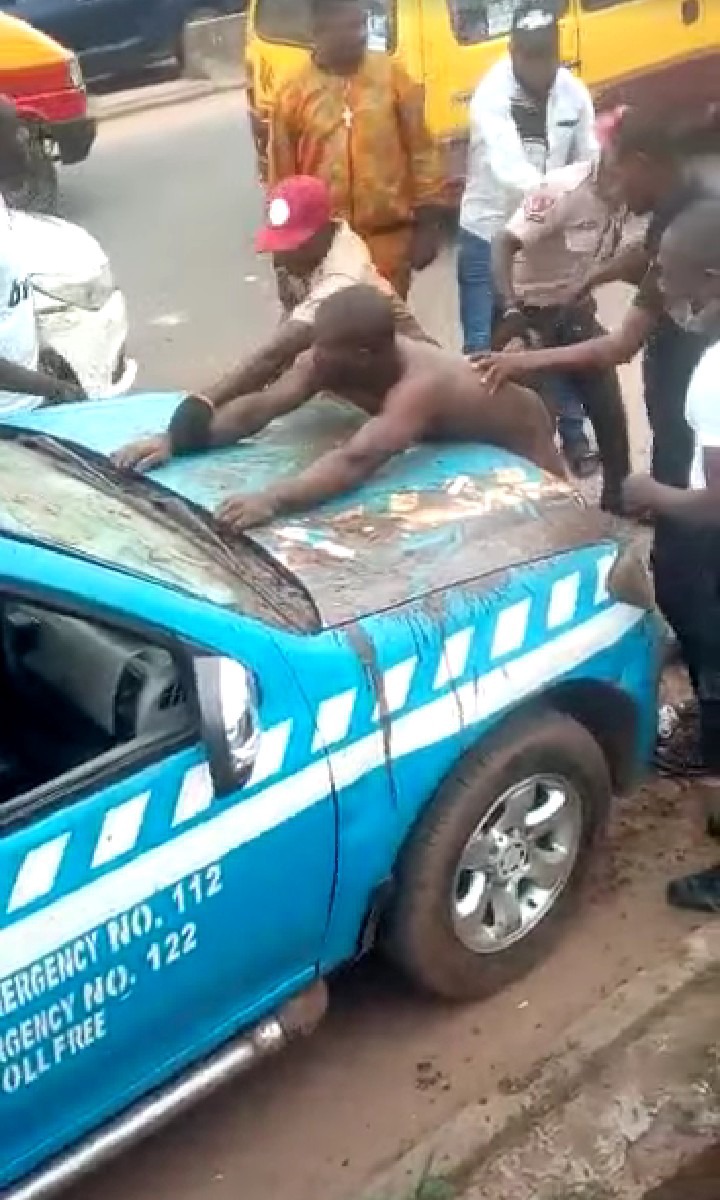 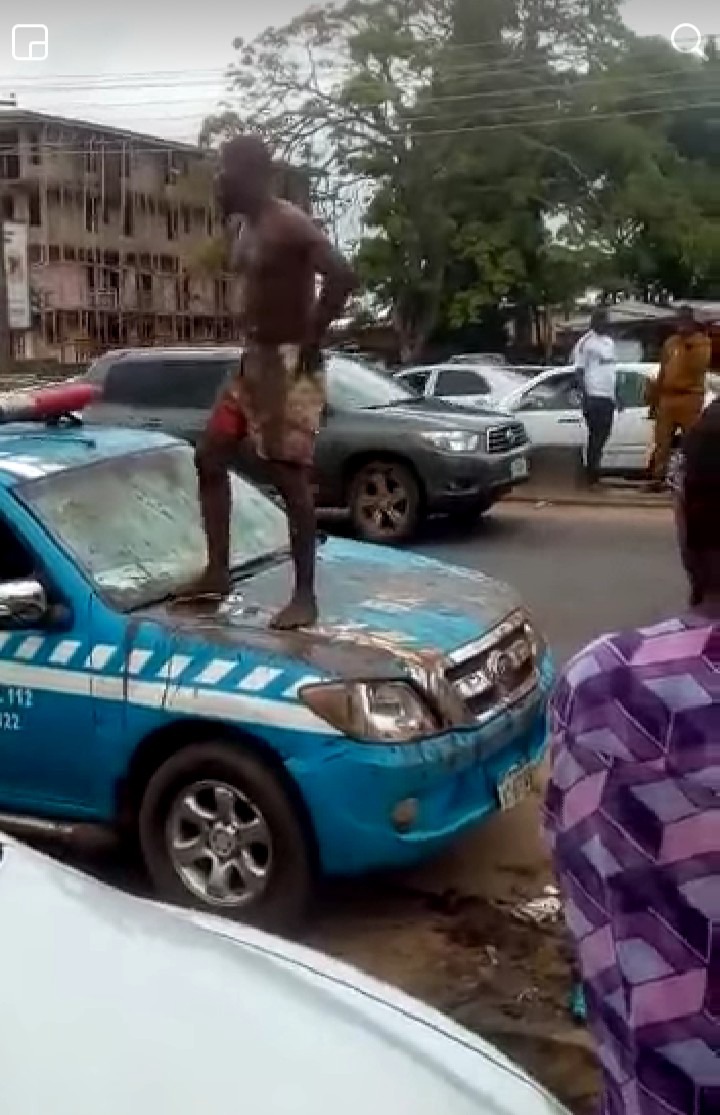 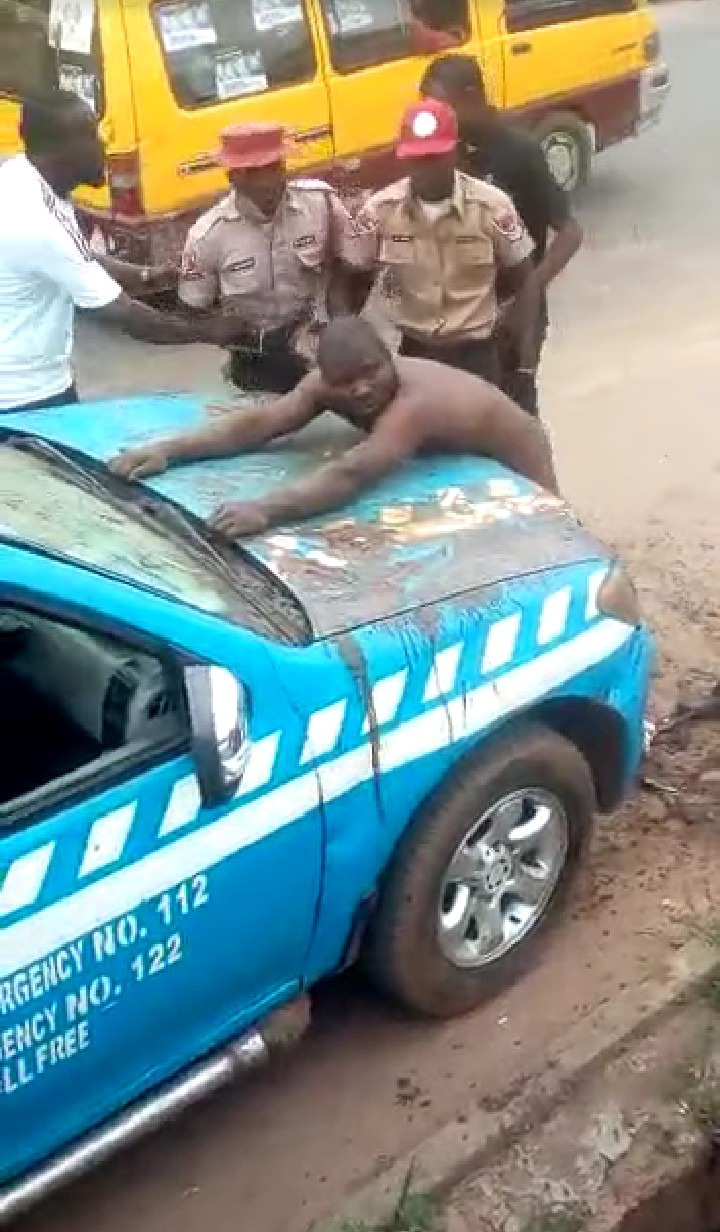 Things latter got out of hands as the angered and violent driver ran back to the FRSC vehicle, held tight the bonnet and refused to let go. The officers of the FRSC were forced to react as they gathered and started throwing several punches to the driver's head who still held tight to the bonnet and refused to let go. Passersby also came to assist the FRSC officials, but all to no avail.

In the video, one could hear a male voice indirectly commending the actions of the driver as he said "Road Safety don buy market for this one, as una no go allow us rest for Sapele Road".

The post has already gathered several reactions and comments.

What do you think of this man's action. If you were his wife or child, how would you have welcomed him home? Share your opinion.

Content created and supplied by: IloawaChike (via Opera News )